What is it about military men? 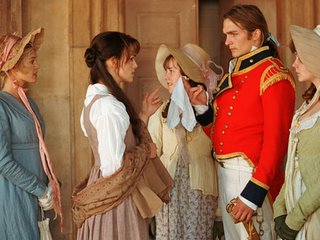 The hero in MY LADY GAMESTER was a cavalry officer before he became an earl. Military heroes are quite common in Regencies, aren’t they? And I love to read about them.

So — what is the appeal of the military man in historical romances?

Is it the physical courage?

Is it the gorgeous uniform? Is it the honor, the selfless dedication that such service implies?

Jane Austen had military men in her novels too, of course — she particularly liked the navy, as she had two naval brothers. In her novels, PERSUASION’s Captain Wentworth is a naval officer…as is the heroine’s brother in MANSFIELD PARK. 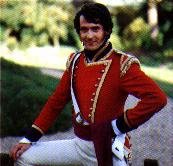 In PRIDE AND PREJUDICE, Wickham is in the Militia, seducing the hearts of women everywhere with his red coat. In SENSE AND SENSIBILITY, Colonel Brandon is a retired army officer. 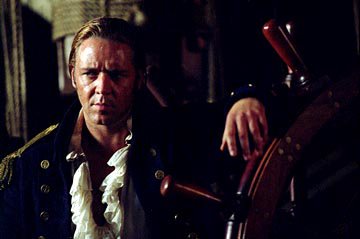 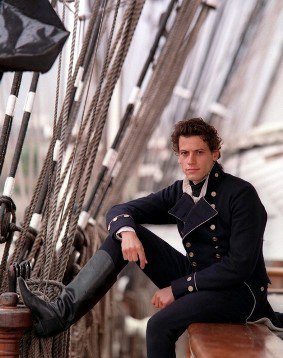 And of course, there are the 20th century military novels set during the Napoleonic era — Bernard Cornwell’s SHARPE series, C.S. Forester’s HORATIO HORNBLOWER series, and Patrick O’Brian’s Aubrey/Maturin novels (such as MASTER AND COMMANDER.)

I love military heroes. I like their stoicism, bravery, honor, selflessness, and dedication–even if they doubt themselves, I never do. I loved the hero in Suzanne Enoch’s “ENgland’s Perfect Hero,” (I think that was the title), and I have loved many of Carla Kelly’s heroic soldiering types. I am just about to start watching Hornblower, too. Thanks for the preview!

I sometimes wonder if it’s wrong to be fascinated by something so terrible. But I can’t deny my interest. And in some ways, the military virtues–honor, bravery, comradeship–wouldn’t shine so brightly without the horrors that go with them.

Of course, the biggest risk I face in my own career is in my daily commute. Or perhaps a particularly vicious papercut.

In addition to all of the things we admire about military heroes, there is the opportunity for the author to explore how military life impacts the life, emotions, and personality of her characters. I’m sure most, if not all of us have friends or relatives who have survived one or more of the wars around the world in the last 60 or 70 years. It is painful to see what war does to people. But in a romance novel, the hero receives healing because of his relationship with the heroine. One of my favorite examples is Balogh’s Slightly Married. As a young man, the hero just wanted to be a farmer, but is sent off to the Army by his older brother instead. After over 10 years in the Peninsular Wars, Aiden comes home a tired, taciturn man, wounded in spirit, if not in body. With the heroine and her children, Aiden learns to smile again. Military heroes give an author the chance to demonstrate the healing power of love. I think that’s one of the main attractions for me.

I love military heroes, too. Lots of reasons from the frivolous (those great uniforms!) to the serious (what Phyl said about the healing power of love).

One of my favorite military heroes was Michael from Mary Jo Putney’s SHATTERED RAINBOWS, who nearly dies after Waterloo.

The first hero I wrote, in LORD LANGDON’S KISS, was an ex-cavalry officer. I’ve got at least a few other military men in the to-be-written lineup.

But in case Todd or Mr. Bertram feel slighted, I also have a soft spot for dandies and intellectuals!

Elena, who continues to want variety in her fantasy men

Military men do look impressive in their uniforms. I have often wished there were a way I could wear a dashing red coat without actually joining the army…I once asked if they had any positions for fashion consultant, or etiquette advisor, or taste leader, or such, but they said they expected their men to actually fight. With firearms and all that. Firearms are so dirty!

And many thanks to Mistress Greene for her kind words.

Definetly the Uniforms!!!! Gotta love a man decked out in a red jacket and shiny black boots. I think that the idea of courage and self sacrifice also adds some allure to military men but nothing is as potent as a uniform.

Ahhh, yes, the uniforms. Sigh. 🙂 I also like military heroes a lot, I enjoy their strength and honor, and the details of military life that a few authors (like Carla Kelly) do so well. But, like Elena, I like variety in my literary fantasy life. The hero in Liz Carlyle’s A WOMAN SCORNED is great, because he’s an intellectual military officer.

Dear Bertie, Old Chap (and I use the term advisedly),

Do you play an instrument? I believe the bandsmen often had particularly colorful uniforms. And they didn’t have to handle firearms, either. Of course, they were still shot at, but nothing is perfect.

Ah, dear young Todd, just the thing! I shall join the military band. I play a quite tolerable pianoforte. Though I do wonder — does one bring one’s own, or does the military band supply the instruments?

Bertie (soon to be beau in a scarlet coat and regimentals)