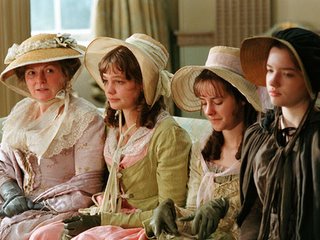 I saw the new PRIDE AND PREJUDICE movie — and I really liked it! There were some historical anachronisms, I admit, but I think they did an amazing job distilling the story of the long novel down to just slightly more than two hours — and without cutting out one of the sisters, at the previous movie did! đź™‚ (Though in the sense of full disclosure, I’ll concede they did cut out Mr and Mrs Hurst, and for some reason turned Fitzwilliam into Darcy’s friend rather than cousin.) 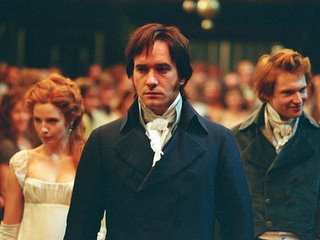 For those of you who haven’t had the chance to see it yet, here are some of my thoughts and impressions.

MacFadyen as Darcy is definitely a Heathcliff type here — but I thought it worked. Every P&P needn’t be the same. He was very intense, very sexy, and he and Keira Knightley had great chemistry together. She did a great Elizabeth, I thought — full of spirit and humor, and very fierce. I felt the two characters were well matched, and would have a great future together — very passionate, both with fighting and with….er…passion. 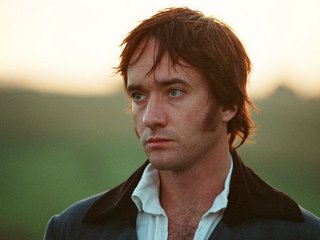 I love Colin Firth, and I also liked Olivier’s Darcy a lot (though he’s not the dreamiest in my book), but I liked MacFadyen very much — a lot more than I expected. In the preview I saw, I thought he didn’t look impressive, but he’s much better in the whole thing (without his lines being all chopped up!) 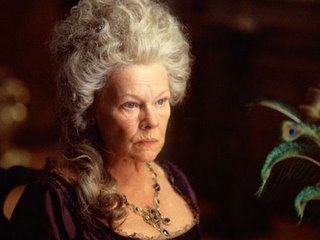 Of course, most of the characters didn’t get much time, so we don’t know the younger sisters, or the Bingleys, or Lady Catherine, or (particularly) Wickham they way we do in the BBC miniseries. But still, who can fault Judi Dench’s Lady Catherine? 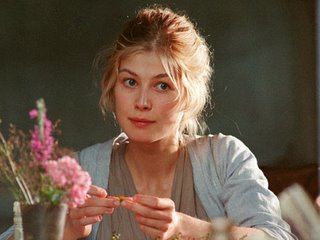 Little things I loved: Lydia actually looked fifteen, and it even looked like she had acne. Jane was gorgeous — no wonder why everything thought she was the handsomest girl in the room! 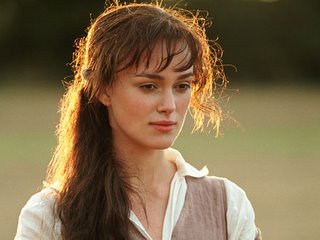 A few things really bothered me — like Miss Bingley’s sleeveless dresses (the one shown here is the more normal one — there’s one she wears later for which the bodice looks like a bathing suit!) Also, what is it with the girls’ hair? I don’t recall girls wearing side ponytails of sausage curls in the 1790’s…or did I miss it? And why was Elizabeth (as well as others) wearing her hair down so much? Do they think modern movie viewers are so small-minded that they can’t like a woman with her hair up? 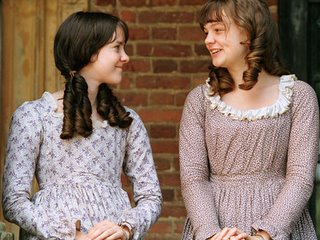 And yes, there might have been more wearing of gloves and bonnets (and, um, clothes) for my taste — but I understand why many of these choices were made. The important thing is the story — telling the story, and getting across the basics of a LOT of characters, all in two hours. Sometimes shorthand methods are the only way. (No glove pun intended!)

So, anyone else who’s seen it — what did you think? If you haven’t seen it, are you looking forward to it? (With fear or with anticipation?) đź™‚ Please share!

This entry was posted in Jane Austen, TV and Film and tagged Austen, movies, Pride and Prejudice. Bookmark the permalink.

13 Responses to The new PRIDE AND PREJUDICE!