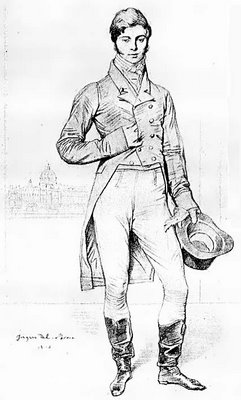 Greetings, dear ones! Bertie the Beau here once again, popping in whenever I have an atom of free time.

Could someone please explain:

1) What is football? And why are the members of gang called the Stealers not in gaol?

2) What is half time? Is that a sort of time-travelling device?

3) What is the secret to the Tele-Vision story entitled “Lost”? If so many people actually watch these lost people, why cannot any of the watchers tell the lost people where they are?

5) Why would a beautiful woman become so desperate that she married a house?

(As you may guess, I have been studying the Tele-Vision device, which may explain why I only have an atom of free time.)

As ever, I remain exquisitely yours.

I don’t claim to be an expert on these matters, but I will do my best:

2) Half time is a modern labor saving device. It enables easily offended people to become offended without ever leaving the comfort of their sofas.

3) The key to “Lost” is that while the watchers all know where they are, none of the lost people actually has a television. If they did, they could look at themselves and figure out where they are.

By the way, I have heard a rumor that this show originally had the working title “Misplaced.” I think changing it was a wise choice.

4) Originally the modern Olympics were also done in the nude, like the Greek Olympics; but this was changed at the first Winter Olympics after a pair of Norwegians became frozen to the luge track and could not be extricated until the April thaw.

5) The Desperate Housewives form a metaphor for the blindness of love–you think you’ve met the perfect man, you get married, and then one day you wake up and discover that you have been eternally bonded to a four bedroom Colonial. Better than being eternally bonded to a luge track, but not much.

And now may I ask you a question, Oh Exquisite One? Back in your time, before the arrival of Tele-Vision, did families spend evenings sitting on the sofa and staring at the wall? Or did they find something else to do?

I have asked many of the same questions myself; I have no answers, nor have I been able to unlock all the Tele-Vision’s secrets.
Someday perhaps all will be revealed.

Hello, Bertie, you handsome thing you!

I will just jump in here and say that Todd is just joking about Pittsburgh! It is a delightful city to live in, and its iffy reputation is all based on how things were decades ago, when the city did have problems.

As for the characters on Lost… I think they must be too busy shaving their legs and washing their hair and putting on sunscreen, etc, to watch the TV and figure out where they are! 🙂

As to “half time” — that’s what happens when I have ten minutes to get ready, and I get ready in ten minutes, and then somehow twenty minutes has gone by, though I could have sworn I took no more than ten…