I’m glad I’m not the only one who’s been rushing to finish reading her Rita books! There’s definitely a difference between reading a 400-page novel and reading fifty pages of manuscript (as one does for the Golden Heart Contest, which is what I’ve judged in years past.) 🙂

So here are my random opinions on judging today:

JUDGES SHOULD, when reading an unpublished writer’s manuscript, just read it the way they would read any published piece of fiction. When reading a bought novel, one doesn’t stop on page 2 to analyze the goals, motivations, and conflicts, so don’t do it now! At least not on the first read-through.

JUDGES SHOULD NOT become too rule-bound. Nor should they let their tastes or prejudices overwhelm their judgment.

I THINK THERE IS A DIFFERENCE between serious historical errors and minor ones, and I think a judge should take this into account. Certainly, every historical author and every judge will have his or her own opinions on which errors are egregious, which serious, and which unimportant….and here are a few opinions of mine. (By the way, in the interest of discretion, I will point out that none of the following refers to any books I am currently judging!) 🙂

ERRORS THAT BOTHER ME LITTLE OR NOT AT ALL:

1. If a character uses a word in 1810 that has its earliest OED cite as 1830, that doesn’t bother me. (Words were often spoken long before they were written.) An exception, of course, is a word like “mesmerize” which has a clear and sudden origin (a friend of mine once saw that word used in an Elizabethan-set novel…)

2. If characters are not always wearing their gloves and hats when they ought, that rarely bothers me. (I have seen experts almost come to blows over when and if ladies removed their hats when paying calls, so I know the subject has its murky areas!)

3. If an Almack’s patroness is referred to as a Patroness in a year she wasn’t, or if Wellington

is called a duke back before he was a duke, or if characters use candles when they should use oil lamps, that doesn’t bother me at all.

4. If Almack’s is having balls every day of the week.

ERRORS THAT DO BOTHER ME, AT LEAST SOMEWHAT:

— basic card game errors (such as piquet being written as a four-person card game, or a character who’s so good at faro that he beats every else); cards are very easy to research, so I think every writer who uses them should know the basics of any games to which she or he refers
— basic carriage errors bother me, though not hugely: i.e. I think the writer should know whether a carriage was owner-driven or coachman-driven, whether it was open, and approximately how many it could seat
— Mistaking a major inland city for a seaside town
— Regency gentlemen wearing “pants”
— Regency misses who have clearly read 21st century sex manuals

ERRORS THAT BOTHER ME A GREAT DEAL:
— when Sir John Doe is occasionally referred to as Sir John but much more often as Sir Doe
— knighthoods being inherited titles
— Regency gentlemen driving buggies through London
— heroes who run away to sea at age eighteen and buy a commission in the navy 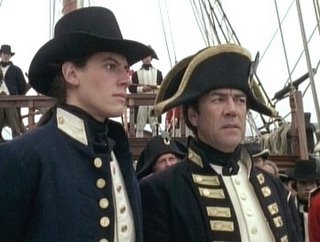 And which of the above errors do you think I should start caring more or less about??? 🙂

For errors, the ones that bother me the most are when authors use real people but not the way they really were–I’d rather see the cliched Prince Regent (fat, lecherous, intelligent, unrestrained) than one who is suddenly sensitive to a character’s needs and concerns.

(I finished my RITA books awhile ago, and one of them had something in it that made me LOSE MY MIND. Can’t say what, though).

Some things I think are pretty “egregious”.

– lack of British geography. ex., the hero and heroine travel from London to the far reaches of Cornwall in half a day. You can’t always make such good time in a car, depending on the traffic around London!

– maligning historical persons. Authors who must have done a quick google on Lady Jersey and confuse the patroness of Almack’s with her mother-in-law who had been one of Prinny’s mistresses.

– Regency sex change operations for horses while under saddle, the words gelding/mare/stallion all used to describe the same horse during the same scene.

– lack of understanding of the social mores. Things like respectable unmarried women visiting men’s homes unchaperoned and not worrying about or paying consequences.

– all servants, including the upper ones like the butler and housekeeper, speaking pure Cockney.

I guess I should put in a mention of my pet peeve (minor though it is!): there is no such thing as a “Lieutenant Major!” 🙂

I’ve seen the Lady Jersey thing a bunch of times as well, Elena; that seems to be a very common error.

And I don’t like the errors of geography/travel speed (which I’ve seen in both directions–way too quick and way too slow, though the former is more common). But of course, Shakespeare, whom we all acknowledge as great, was really lousy at that! He had a seacoast in Bohemia (totally inland), a sailmaker in Bergamo (again, inland), and no doubt many more. Not to mention all of the deliberate errors in the history plays. Of course, standards have changed…

I have thought about this a bit more, and I have to fess up. The mistakes that bother me are usually in areas I’ve taken time to research, so I worry that a) I wasted my time doing homework, and b) some reader will think the other author got it right and will write a scathing Amazon review about my work instead.

In the final analysis it doesn’t make sense to worry about these things too much. But who said writers are sensible?

Sensible? Would we be writers if we were sensible people??? 🙂

Hiya 🙂 Hope I make sense, just feeling rather blah. LOL I guess I can only give you my reader’s perspective — for the most part, the examples you posted aren’t really ones would stick out and hit me on the head, so they wouldn’t bother me. I’ve never had to do any sort of research in this period, so everything I pick up is from the books. Which can be a bad thing seeing how fiction is fiction. But then perhaps in the end I sort of consciously go into a book knowing it may not always be factually correct, like most of us do when watching a movie based on history, some do better than others, some movies just aren’t able to show all that they should. It’s just a matter of the message one’s trying to do. But if you want to know more about what really went on, do what you guys do! 🙂

Thanks for speaking up, Lois!
I have often suspected that most readers aren’t obsessive about historical detail (though there are some vocal exceptions to this rule).

My best reason for doing research is not so much to satisfy picky readers, but to help me believe the lies I am writing. 🙂

And studying the coaching routes between Points A and B sometimes turns up ideas for the adventures hero/heroine can have in between.

LOL, Cara! This one gets me too! Especially when it’s a miss who’s just barely left the schoolroom!

Hmm, I do tend to be picky. But my real bugbears are historical mistakes that are easily researched.

Like don’t send your characters to a prison that was torn down a few years earlier. Or put a rocking chair in medieval England. Or have a king alive six months after he died.

Stuff like that. Like Elena, I think it’s cause these are the things I really do a lot of work on and sometimes I wonder why I bother, EXCEPT that I couldn’t write a book any other way.

Language is something I do pay attention to – I check really hard, but unless a word jumps out as really way too out-of-period, it won’t cause me to be pulled out of the story.

What bugs me are heroes who have names that even most contemporary English people don’t have. I don’t know that I’ve ever met an Englishman named Hunter, although I’m sure that there may be one. It bothers me too when the heroine wonders around without her chaperone and doesn’t suffer any consequences. Also characters that sound contemporary bug me.