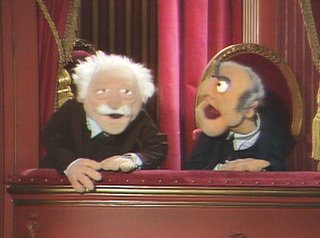 “I thought this book would never end…What a silly story about people I could care less about. . . . It gave me a headace and this book was not in the least amusing. I never even smiled once while reading it! What a waste.”

Laurie’s post about judging the RITAs had me thinking about other ways our books are judged, i.e. by readers through the medium of Amazon reviews.

A few years ago, an Amazon glitch revealed the identities of anonymous reviewers (Click here to read what the NY Times article) and confirmed what many people had long suspected: that some reviews were written by authors and/or their friends and relatives, either praising their own books or trashing those of rivals.

About a month ago there was a debate on the credibility of reader reviews at Romancing the Blog. Some argue that only writers are qualified to evaluate whether a novel is “good” or not. Some say no one should criticize unless they could do better themselves. I don’t agree with that last statement. If I go to a fine restaurant and order creme brulee, I expect it to taste good, even though I would be scared to wield a blowtorch in my own kitchen. If I need an appendectomy… well, you get the picture!

OTOH many readers can’t set aside their own personal preferences and peeves when evaluating a book. What if a restaurant critic said something like, “I hate fish, and Chef So-and-so’s salmon special was no exception”? It wouldn’t fly, but I’ve read reviews on Amazon that read that way. The reader just picked the wrong book (and sometimes covers and back blurbs are misleading, adding to the problem).

This is my feeling: that readers usually aren’t qualified to decide if a book was “good” or not. But they can say whether they liked it or not. That’s useful to other readers, but only if they explain why .

I tend to discount any of the following:

Personally, I don’t have the time to write negative reviews. I do try to write positive reviews when I’ve enjoyed a book (but I’m waaaaayyyy behind). I don’t make buying decisions based on reviews on Amazon. I also avoid reading reviews of my own books if I’m in a rough patch of writing, as negative reviews can topple wobbly self-confidence.

I do take seriously the reviews, positive or negative, that are intelligently written with some explanation for the rating they gave. If it’s one of my books, I may not take those comments to heart when writing the next book, but they always make me think. That’s not necessarily a bad thing! 🙂

When do you ever write Amazon reviews? Do you read them? Do they influence your buying decisions?

P.S. That first quote was from an Amazon customer review for my first book. I did find, after searching, that the same reviewer had given 1’s to many Regency authors, including Mary Jo Putney and Mary Balogh.

I’ve only ever reviewed a couple of books on Amazon–and these were in response to negative reviews posted by others of books that I thought were very well done.

One of them was a book by a popular writer of Regency historicals; the negative review criticized her book as too light and not passionate enough! Her books are SUPPOSED to be light and humorous. I felt like the negative reviewer had an ax to grind and wanted to get the record straight–or at least nudge it in the right direction. Especially since I thought this was one of that author’s best books in a while.

The other was in response to a negative review of a Georgian historical that complained and gave the novel a bad reivew because the hero wore too much lace! It was a GEORGIAN!!! Men wore LACE and high heels and powder and patch! I know that some people are put off by that, but if you are going to read a book set in a particular period you should not judge the author harshly for accurately describing the costume of the era…

Since then I’ve stayed away from the Amazon reviews because it seems to me that the books I really love are either ignored or trashed for no good reason while books I find to be weak or not particularly compelling get rave reviews…Of course that’s not always the case, but I don’t like to risk aneurysm in that way…

I used to review a lot, back when I first found Amazon (years and years ago) — and what I was mostly reviewing was books by authors I liked that had no reviews yet. I didn’t give them all rave reviews — authors I love don’t always produce perfect books every time — but I think I gave them helpful reviews, saying things like “try this other book first” or “don’t read this first, it’s a sequel” — important things like that. 🙂

Now I review less often; if I read a book I really like, I may go review it. If I see unfair reviews (like Mandacoll did) I too may review to sort of give a more evenhanded take on it.

I do, though, think that lukewarm or negative reviews can be helpful; if all the reviews were just positive, it wouldn’t help at all. As a reader, I sometimes use the reviews on Amazon to guide me. I’m in a science fiction and fantasy book reading group, and when it’s time to pick a book, if I don’t know much about the titles I have to choose from, I may look at the Amazon reviews. Books that have very passionate responses (pro or con) are often interesting to read. 🙂

Oh, yes, I forgot to mention — a short while ago I got my first pan on Amazon — I am now a real author! 🙂

By the way, she was quite quite wrong about pretty much everything she said. 😉 I suspect she only read the first chapter of my book (and even at that, she must have only been skimming it)!

Unfortunately, she’s one of these prolific reviewers, and as such, I fear her review will remain the TOP review on my page FOREVER! Ack!

I’ve never written a review, because, well, never thought to actually. Thought to or compelled to. And I probably won’t because I would be one that simply says, “loved it” or “hated it” without going into why for the most part. Just can never think of anything really substantive to say, you know? LOL

But I do read them — not for how the person liked or disliked it so much, but for the reviewers that go into a bit of detail about the book — helps me decide if I want to get it. The back cover blurbs sometimes aren’t enough. 🙂

For example, (although it’s not from a Amazon review but a mailing list), I’ve had this one book on my TBR pile for forever, and someone started talking about it, mentioned it had a rape scene in it. Promptly got rid of it, seeing how that is something I don’t wish to read. So, in a really, really short sentence, finally (LOL), reviews help me a lot, just not really for why they were written. If something sounds interesting to me, I prefer making up my own mind, thank you very much. 🙂

I’ve only written a couple of Amazon reviews – for friends whose books I’ve TRULY enjoyed. If I’m not bowled over by a book, I don’t post on Amazon about it.

The only negative reviews I ever write are those for books I’ve been asked to review and even then, I try to be as balanced as possible and find at least one good thing in the book.

I’ve only written a few reviews on Amazon, and they’ve been for books I was blown away by. I can’t recall ever having written a negative review, though I think I’ve fantasized about it a few times. 😉

I do rely heavily on Amazon reviews when I’m researching new books. I think that, in general, you can get a good sense of the quality of the work if there are a large number of reviews. I don’t always go by the number of stars, either; I read the reviews, make my own judgments about the reviews/reviewers (whether they hook me with strong arguments or lose me with their nonsense) and go from there.

I received a negative Amazon review recently that I thought was the perfect negative review. The reader said that she’d liked my other books, but disliked that particular one because it was not to her taste. She stated why it wasn’t to her taste. She gave accurate, non-spoiler examples. Anyone who read the review would understand why she disliked the book without feeling that she was slamming it.

I don’t mind a review like that. It’s informative for readers and keeps them from buying my book and hating it if it contains elements they might not like.

But I do wish that when someone who says they love my other books posted a negative review, they would also post good ones for the ones they like. Too often they only post the negative one.

As a reader, I don’t generally much attention to reviews when I buy. I just don’t trust them. If I don’t know the reviewer personally or know their taste, how can I trust their opinion?

Sabrina – you’re so right. That’s why I gave up reading online reviews from places like AAR and TRR for the most part. Reviewers will rave about how they LOVE a book, yet I’ll read and think “meh”.

I buy fave authors, try news ones and occasionally something a good friend with similar tastes recommends.

But I do wish that when someone who says they love my other books posted a negative review, they would also post good ones for the ones they like. Too often they only post the negative one.

Too true, Sabrina! I think it’s like other things we buy: we only speak up if something is wrong.

Elena, who likes to think there’s a happy if silent majority out there 🙂

I try to be vocal about things I like, for that very reason, Elena! If I got good service somewhere, I’ll mention it to someone in charge, and I used to write laudatory comments on the “how are we doing” cards at my local post office. (That is, my OLD local post office. I don’t do it anymore.) 🙂

Cara–of course you know you are in good company! A reviewer once called a book of mine a “waste of paper.” 🙂

She didn’t explain her opinion, so I still do not see myself as a unreasonable killer of trees.

I wouldn’t have objected to my book being printed on recycled paper, either–would have loved it, in fact. Trees I love. Paper in itself I have no particular sympathy for. Then without question the only thing being wasted, in my opinion, would have been that lady’s review. 😉