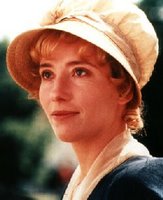 Last week we tried to marry off poor Colonel Brandon, who clearly deserves a good wife. (If you missed that discussion, you can still take part if you click here.)

(And for those of you who are wondering, yes — I do have a little problem with Jane Austen’s “Sense and Sensibility.”) đź™‚

So. Elinor Dashwood. Who should she marry? Who will make her truly happy? YOU decide! 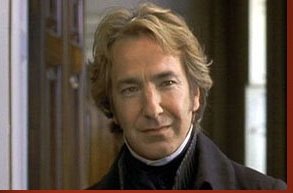 How about Colonel Brandon? He’s intelligent, sensitive, and well bred. Plus, he has more money than Edward! Were Elinor and Brandon fated to fall in love? Was Jane Austen blind to their true destinies? (I will admit, the first time I ever read S&S, I thought Elinor and Colonel Brandon would get together. I felt they had a real connection! They certainly seemed to have better conversations than Elinor and Edward, or Marianne and anybody! Was Jane Austen mistaken? Or did she perhaps know the truth, but have to hide it in clues due to some secret cabal that would murder anyone who — um, okay, wrong book.)

Does Elinor Dashwood secretly have a thing for that rascal Willoughby? The cad is certainly more manly than the easily-manipulated Edward. (And Emma Thompson fell for Greg Wise, which must mean something!) But would he just break her heart? And is he too young, too immature for her anyway? Or would she steady him, while he brought some spontaneity into her life? (Am I sounding like Oprah yet?) 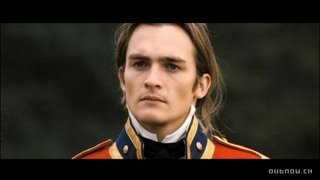 As long as we’re giving her young cads, how about the youngest and newest on the block? Blond Wickham here is certainly nice to look at. Would Elinor have a great time reforming him? Of course, he’s very very young. But Elinor’s only nineteen herself, right?

While we’re on the subject of blonds, how about Sharpe? (I know, I know, bizarre choice. I just like the picture. Nice picture. Yummy Sharpe. Umm….what was I saying?) If Elinor could reform Willoughby, could she reform Sharpe? He’s a different sort of womanizer…less calculated, more impulsive. Would the class thing keep them apart? (Okay, yes, he’s a ridiculous suggestion, but he looks so nice in his uniform!)

How would Elinor and Captain Wentworth do together? She’s good, I suspect, at supporting male egos — and he’s got one that needs to be supported. He’s better off than Edward (but then, who isn’t???), and has friendlier relatives. So if Anne Elliot weren’t around, would Wentworth be Elinor’s true love, and vice versa? 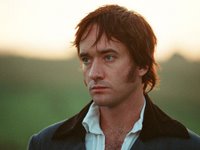 Or how about Mr. Darcy? Sure, he’s perfect for Elizabeth Bennet, but if she didn’t have him, how would he do for Elinor Dashwood? Would her stodginess and his stodginess breed until they were dull and insufferable? Or would her gentle ways and his good breeding create a peaceful, beautiful home? (And don’t forget that money! I do want to give Elinor a lot of money. She deserves it.)

So, would anyone else do better for Elinor? Mr. Tilney? (Too flippant?) Edmund Bertram? (Too serious?) Edward Ferrars? (Too wimpy? Too poor?) Mr. Knightley? 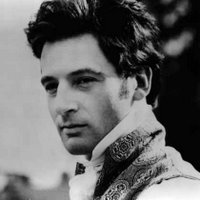 Mr. Knightley! Oh, I can’t pass up an excuse to put Mr. Knightley’s picture up here. My Jeremy is so handsome! Besides, Mr. Knightley may be the perfect match for Elinor. Mature, well-bred, and very very rich. đź™‚

So — who gets your vote? Who do you think Elinor Dashwood should marry?