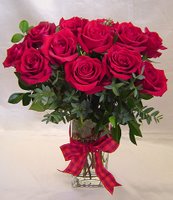 This Sunday, America celebrates Mother’s Day, a day I, as a mother, fully intend to take ruthless advantage of (even going so far as to end a sentence with a prepositional phrase with impunity!).

But this post is not about me. For once. This post is about the person who assumed the maternal role in my life, namely Jeff McLaughlin, my father.

See, my parents split up when I was 12 years old. At the time–for various reasons, some functional, some that have caused years of therapy–I lived with my father, while my mother went and got an apartment across town.

My dad was a newspaper journalist, and a darn good one, too (he’s got a Pulitzer Prize medal that the Boston Globe won in 1972, I think, for covering school busing. He was the metro editor at the time). He worked hard, and had long hours, but he was there when I absolutely needed him.

It’s from him I get my love of words, my dry, sarcastic wit, my intolerance (sorry, Dad) for all sorts of people–suffering fools gladly is NOT a McLaughlin trait–and most especially, my love of books.

It might’ve been from my father’s collection that I first found Pride And Prejudice; my mother, while also a reader, is not so literarily inclined as my father. And P&P is my favorite Austen (Emma is his, a point on which we disagree), probably because its patriarch reminds me so much of my own. To wit (with huge gratitude to Pemberley’s hypertext of P&P):

Mr. Bennet was so odd a mixture of quick parts, sarcastic humour, reserve, and caprice, that the experience of three and twenty years had been insufficient to make his wife understand his character.

Exactly! To quote Gilbert & Sullivan‘s Patience (which my dad and I do frequently), “That describes me to a T. Thank you all very much.”

When Elizabeth goes on a visit, she says, “The only pain was in leaving her father, who would certainly miss her, and who, when it came to the point, so little liked her going that he told her to write to him, and almost promised to answer her letter.” When I went to college, at least we had the telephone. And thank goodness for email!

My dad definitely would’ve pulled the ‘unhappy alternative’ reply Elizabeth got when her mother insisted upon her marrying Mr. Collins (not to suggest my Spouse is anything like Mr. Collins; Dad is just happy I found someone as smart and intolerant as Dear Old Dad):

An unhappy alternative is before you, Elizabeth. From this day you must be a stranger to one of your parents. — Your mother will never see you again if you do not marry Mr. Collins, and I will never see you again if you do.”
Elizabeth could not but smile at such a conclusion of such a beginning; but Mrs. Bennet, who had persuaded herself that her husband regarded the affair as she wished, was excessively disappointed.
“What do you mean, by talking in this way? You promised me to insist upon her marrying him.”
“My dear,” replied her husband, “I have two small favours to request. First, that you will allow me the free use of my understanding on the present occasion; and secondly, of my room. I shall be glad to have the library to myself as soon as may be.”

That’s my dad, down to the wanting to be alone in his library. Dad lives on Cape Cod now, just him and his 30,000+ collection of books. He’s enthusiastically assumed the position of my research partner, and I’ve asked him lately to delve into Regency-era banking (math is not his strong suit, but he hasn’t complained at all), Byron, and whether one would use a hyphen or not in the word ‘chitchat.’ When I was writing A Singular Lady, he read each and every one of my drafts, and did, in fact, catch the title mistake that made it in print (did I listen? No! The prerogative of the child, I guess).

So thanks, Dad, and Happy Mother’s Day!

What a great posting about your dad! Wow, 30,000+ books! A man after me own heart! But what really touched me was your signing your dad’s pet name for you! It reminded me of my dad. He would cup my face in his big butcher’s hands and call me ‘Sandarella’. It brought back a wonderful memory for me!

Brings tears to my eyes, Megan, as it will undoubtedly do for your dad, too. What a great job he did raising you. This tribute to him proves it.
Hugs to you both,
Diane (who has been known to call her own daughter Megala on occasion)

Thanks, ladies. I hope Dad has enough Kleenex in the house–he’s a big softy!

What a lovely tribute, Megan! And what a wonderful father. I can see he influenced you greatly.

Great big goofy smile on my face after reading this, Megan. Thanks for sharing your dad with us.

Here’s to all the Mothers-who-aren’t-mothers this Mother’s Day! I’ve got some aunts and a grandmother I include in this category:)

Megan, your dad clearly did a wonderful job. He must be very proud.