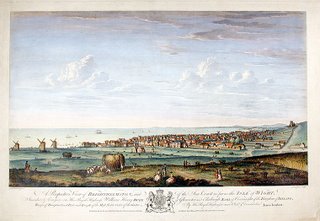 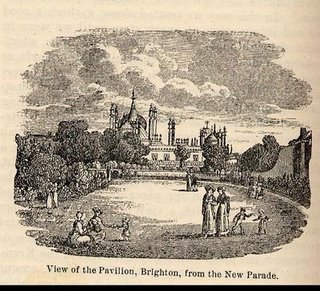 I am so jealous of your being near the beach right now.

Hope you are having a fantastic time!

Sounds like you are having a great time, Diane!

And Brighton is such a cool setting; I used it at the start of SAVING LORD VERWOOD. Sometime I might blog about what I learned about Regency sea-bathing.

Glad your haveing a great time!,
I too love the sea. I enjoyed your post about the history. I’m so glad for the follow up after the Marriage Bargain of the three men who have been friends since childhood. I know I myself cannot wait to read them,it sounds great!

Glad you’re having a good time, Diane, but can I just say–no fair, waaaah! 🙂

I also love the beach, and the idea of a “seaside holiday.” can’t wait to read the Brighton book.

Yay, Diane! I’m glad you are writing the other Ternion stories! I really enjoyed The Marriage Bargain and can’t wait to see what adventures Blake gets up to in Brighton!

Hope you had a blast at RT! I hear it was quite the party:)

I’m still not HOME! But I’ll be home tomorrow at last. I’ve been visiting my uncle, who was the only one who so far has mentioned a mistake in The Marriage Bargain–I call the heroine Emily instead of Emma in one place. My uncle is 85 and he caught the mistake I, my 6 critique partners, my editor, and the copy editor with obsessive compulsive tendencies all missed!
He also is reading The Mysterious Miss M while I am here–He’s almost halfway through. He read while my aunt and I went into a couple of shops. When we returned, I asked him, “Did you finish the first chapter?” “Yep” he answered.

Mallory and Mandacoll, I’m glad you are looking forward to Blake’s story! All I can say is it is a sexier one!

Well I love sexy stories, I cannot wait to see what the covour looks like! I know the book is going to make a fantastic read!

Totally off-topic, Diane, but I was in the Borders bookstore in Cambridge (yes! American chains are taking over the world!) and they had your purple Diane Perkins book there. Cool. (Sorry, I never remember which is which, I just remember it was the purple one.) 🙂

They also had lots of Zebra Regencies there, but no Signet Regencies! Grr…

Cara (in England at the moment)

Wow. That is interesting, Cara. That would probably have been The Improper Wife!
Diane