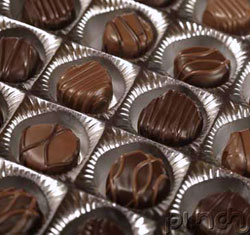 I’ve kept thinking about our discussion last week’s post about Prinnyworld vs. the real Regency, also about news I had that a particular publisher was looking for “dark” stories, and it’s led me to wonder what dark means to different people.

“Dark” requires torture, but what sort?

The first darker books I read were some of Mary Jo Putney’s, stories like PETALS IN THE STORM (heroine raped by the men who just killed her father) and THE RAKE (alcoholic hero). Later, I discovered Laura Kinsale, whose stories are usually dark: FLOWERS FROM THE STORM (hero a stroke victim put into an insane asylum), SHADOWHEART (hero raised by his father to be an assassin). What some authors do to their poor characters…

My own darkest book was LADY DEARING’S MASQUERADE, the dark elements being the grim reality of the lives of foundlings and the bad first marriages of the hero and heroine. I put in a lot of lighter elements, though, this is “Little League” dark compared to Putney or Kinsale.

So there’s the sort of “Real World Dark” that draws upon real world elements, like poverty or war or sexual abuse. Things we still read about in the news.

My other darker book was SAVING LORD VERWOOD, in which it seemed everyone wanted to kill the hero. It was dark in a Gothic sort of way: deranged villain, eerie setting (north coast of Cornwall, where there are so many cliffs to throw people over). Despite the attempted murder plot, this book felt lighter to me than LDM. I think “Gothic Dark” is somehow less grim than “Real World Dark”, just because these elements are further removed from our lives and everyday news.

Then “Gothic Dark” shades over into “Paranormal Dark”, which often taps into the angst of the accursed and those who love them. My favorite paranormal Regency is Karen Harbaugh’s THE VAMPIRE VISCOUNT. This sort of story provides a delicious roller-coaster of emotion, a thrilling touch of horror. It’s so different from our ordinary lives that I think it is more escapist.

There end my musings… These flavor categories are just for fun, and I don’t mean to imply any of them is better or worse than the others. What do you think? Have I missed some flavors? Do you have favorites? Which authors do dark better than anyone else?

Jo Beverley writes some good, dark historicals. The Shattered Rose remains one of my faves of her books.

I think you covered all the flavours of dark!

Well, I bring these books up a lot, but two dark Regencies are Carla Kelly’s _Libby’s London Merchant_ which looks like it’s going to be a light romantic comedy and isn’t, and its pitch-black sequel _One Good Turn_.

Speaking of the more Gothic flavor of dark, has anyone read the recent novel _The Historian_ by Elizabeth Kostova? I really enjoyed the way she maintained the creepy atmosphere, and also that she depicted scholarly characters without making them seem either boring or weak. (Personal issues there, do you think? 🙂 Not really a romance, but it has three parallel romances in it…

I love dark chocolate!
I also love dark Regencies. Has anyone ever read The Last Frost Fair by Joy Freeman? One of my favorites.
Diane

I haven’t read the Freeman book, Diane — I take it you recommend it?

Most of Carla Kelly’s books are dark, some very strongly so. I love her books (some more than others), though I do occasionally wish certain of her books were not quite so dark/depressing. Also, her characters are decidedly not quixotic; if they are aware of an injustice, they often decide that nothing can be done about it, so it’s best not to fret about it. (I admit I like books in which people do try to right old injustices against impossible odds — that’s why I wrote Gamester!)

Thinking back on books I’ve read, it seems to me that certain things can make a book seem very dark:

1) a large number of characters who are immoral, cruel, or selfish, or an implication by the a protagonist or the narrator that most of the people in the world are that way. I guess this could be summed up as a cynical outlook, though I think there are a variety of ways of being cynical.

2) a frequent or notable lack of justice, or the presence of bad things happening to good people, and vice versa. Yes, we all know this happens in real life, but one of the promises of genre fiction is usually that in THIS case even if nowhere else, the good will be rewarded and the evil punished. At least somewhat. (As Oscar Wilde had Miss Prism say, “The good ended happily, and the bad unhappily. That is what fiction means.”)

3) There are definitely certain sorts of tragedy that we find particularly disturbing, and including them can make a book dark.

I love both Dark and Light Romances, for whatever moods Im in, for various reasons. I also like charactours with troubled past too, I find it intrigueing, and I also like a loving family theme, either kinds Im open too. I like diversity.

Diane, I’ve never read The Last Frost Fair by Joy Freeman, where can one find it? I’ll have to go look. 🙂

Liz Carlyle’s ‘The Devil You Know’ the hero’s father was a dirt bag. His sister-in-law was really creepy. Their dark and evil ways polluted his world and his experiences. They also marked his brother and his niece.

And yet, it’s one of my favorite books.

Why one or the other? Don’t you think books work best when there’s a mixture of light and dark, one complementing the other?
Janet

I agree with Mallory in that I enjoy both darker and finnier books, depending on my mood and what is going on in my life. But it does seem like the books that really stick with me, the books I love the most, are darker and “richer”. Like For My Lady’s Heart, or that Liz Carlyle with the woman with the lipstick on the cover (I can’t always remember titles!). But I’m beginning to think my idea of “dark” and publisher’s idea of it are not always the same…

I’m going to look for The Last Frost Fair!

To answer Janet, I think books need a mix, but the balance is driven by the characters’ problems.

My lighter books have characters who are young and learning about themselves. That’s weighty enough to drive a book, but not as dark as stories where the characters are dealing with death or abuse or other painful issues.