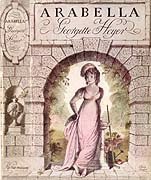 Georgette Heyer. Frequently imitated, never duplicated. Yes, other authors have done wonderful things, splendid, hilarious, beautiful things — but these are their own wonderful things. No one can replicate Heyer’s touch, Heyer’s style, and the wise do not try. 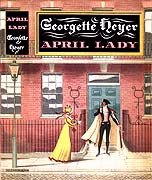 So . . . what are your favorite Georgette Heyer books?

By the way, I love this question. I’ve heard at least twenty different novels listed on “favorites” lists. Some crop up a lot, some crop up rarely, but it seems no one’s list of Heyer favorites is exactly the same as anyone else’s. 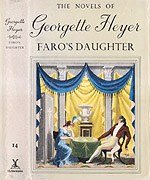 Do you like her early, 18th-century books, full of masquerades and highwaymen and Scarlet Pimpernel-influenced escapades? These Old Shades, Powder and Patch, The Masqueraders, The Convenient Marriage? Or do you like just some of these, and not others? 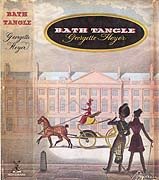 Do you like her more serious romances? Her more farcical ones? 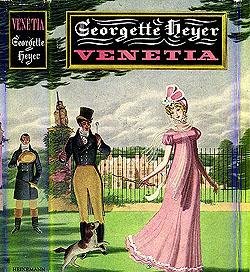 Have you read Heyer’s mysteries? Her modern novels? If so, do you like them at all?

How about her more historical works, such as Royal Escape and The Conquerer? Or do you prefer to stick to her Georgian and Regency fiction?

So — what are your favorite Heyers? All opinions welcome!

This entry was posted in Reading, Regency and tagged Georgette Heyer, Heyer. Bookmark the permalink.