In honor of the USA’s Independence Day, here are some of the funniest or most interesting period quotes I could find (mostly British) about the American Revolution: 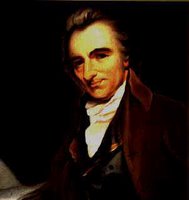 Tom Paine, 1776: England, since the conquest, hath known some few good monarchs, but groaned beneath a much larger number of bad ones; yet no man in his senses can say that their claim under William the Conqueror is a very honorable one. A French bastard landing with an armed banditti, and establishing himself king of England against the consent of the natives, is in plain terms a very paltry rascally origin. 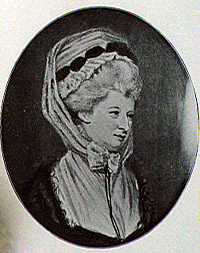 Lady Sarah Lennox, 1776: In short, I think there is no deciding who is precisely wrong and who is precisely right. Only two things, I think, won’t bear dispute: 1st, that those who cause most lives to be lost are the worst people; secondly, that the Bostonians, being chiefly Presbyterians and from the north of Ireland, are daily proved to be very, very bad people, being quarrelsome, discontented, hypocritical, enthusiastical, lying people.

Tom Paine, 1776: The colonies have manifested such a spirit of good order and obedience to continental government, as is sufficient to make every reasonable person easy and happy on that head.

Lady Sarah Lennox, 1776: I grow a greater rebel every day upon principle.

British Colonel Allan Maclean, 1777: Washington this whole winter never had more than 7,000 men in the Jersies, where we had 16,000, yet we have been tossed and kicked about most amazingly, all our forage parties constantly attacked, and tho’ we generally beat them we lost a great many good men. 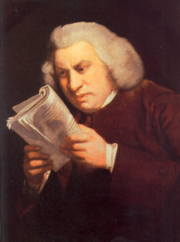 James Boswell, writing to Samuel Johnson, 1778: What do you say to Taxation no Tyranny, now, after Lord North’s declaration, or confession, or whatever else his conciliatory speech should be called? I never differed from you in politicks but upon two points,–the Middlesex Election, and the Taxation of the Americans by the British Houses of Representatives. There is a charm in the word Parliament, so I avoid it. As I am a steady and a warm Tory, I regret that the King does not see it to be better for him to receive constitutional supplies from his American subjects by the voice of their own assemblies, where his Royal Person is represented, than through the medium of his British subjects.

Samuel Johnson, 1778: I am willing to love all mankind, except an American.

William Cowper, 1783: On the other hand, the Americans, who, if they had contented themselves with a struggle for lawful liberty, would have deserved applause, seem to me to have incurred the guilt of parricide, by renouncing their parent, by making her ruin their favorite object, and by associating themselves with their worst enemy, for the accomplishment of their purpose.

So, what are your reactions? Do you find Lady Sarah Lennox’s prejudice against Presbyterians as bizarre as I do? How about Johnson’s loathing for all Americans? Do you agree with Paine that William the Conqueror gave the English monarchy a “very paltry rascally origin”?

Happy Fourth of July to our American readers!

the Bostonians, being chiefly Presbyterians and from the north of Ireland, are daily proved to be very, very bad people, being quarrelsome, discontented, hypocritical, enthusiastical, lying people

Heh, heh. I was born in Boston, raised in Cambridge. And part Irish! This DOES ring true, a bit. Thanks for the fun quotes, Cara!

Love the quotes, Cara! But I’m not taking sides…

Since most monarchies were established by force, if one goes back far enough, I suppose one could argue that they all have a paltry, rascally origin. But the origins of many human institutions don’t bear too close scrutiny.

You did leave out one of the best 4th of July quotes ever, by John Adams:

After signing the Declaration, John Hancock then invited all the Delegates back to his Town House for a modest celebration; where, when all were assembled in his Back Garden, he donned a curious sort of Smock or Apron, and began to cook over burning charcoal some Steaks and Patties of Ground Beef and mild Sausages–quite like to those pesky Dachshund dogs of which the Dutchman is so fond–so that the Smell of roasting Meat fill’d the Air, and even Thomas Jefferson, who still smarted over the question of “unalienable” versus “inalienable,” declared it to be the finest Repast he had ever eaten. And after all had fallen to and eaten until we groan’d with satiation, the Hancock Children–a very paltry, rascally Lot–set off Fire Crackers and other divers Fire Works–so that some, in a panic, cried out that the British had come, and fled away regardless.

Amazing to see how many of our traditions were already there at the first Independence Day! 🙂

LOL, Todd!!! You are very weird. And very funny. Glad to have you posting here. 🙂