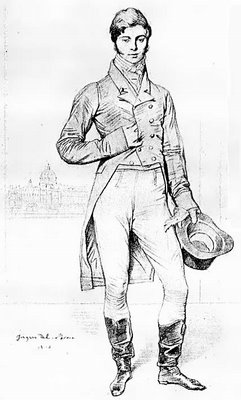 Greetings, O Patrons of the Regency! It is I, once again — Bertram St. James, Exquisite as ever, here to grace you with my Presence.

In case there are Newcomers to this Blog, I shall merely say that not long ago I was a Cheerful and Decorative denizen of the year 1811, but by some accident of Natural (or Supernatural) Philosophy, found myself in your current age. So now I am trying to “Fit In” in this Velocitudinous Era.

Once I made the acquaintance of the Tele Vision, I spent much time studying it. But now that the Tele Vision has cruelly begun showing the same thing that it showed in February, I have turned to the Cinema instead.

Here, for your Delectation, are my opinions on some “Movies” that I have seen. 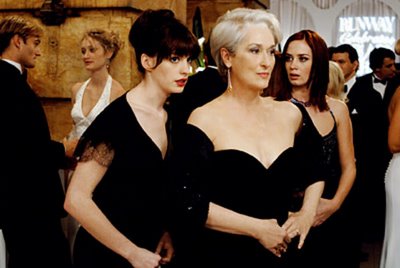 First, I saw a Movie about fashion. Modern Fashion is quite ugly. I do not understand it at all. However, I am glad that the characters in this Movie learned that Fashion is indeed quite important. (I could not bear to face an existence without it.) But what these characters fail to understand is that it is also important for Fashion to be Aesthetically Pleasing.

One thing puzzled me, though…the white-haired lady in this movie strongly reminds me of Mrs. Drummond-Burrell, who is Not my favorite person. Mrs. D-B has ghastly taste in handkerchiefs, and she once failed to invite me to a dinner-party I very much wished to attend. And her manner? I shudder just thinking of it. 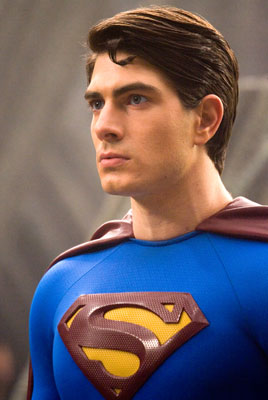 But on to the next Movie! I confess I did not understand Super Man in the least. Is he an American God of some sort? If so, he really should put some clothes on. I grew quite embarrassed watching him. True, were he wrestling or boxing or swimming, he might be guilty merely of atrocious colour-choices — but he larks about in front of ladies and children and editors in his underthings — his Blue And Red underthings! I feel faint merely thinking about it.

One thing I will say in his favour, though — his hair is divine. Never a lock out of place. I do wish I had his hair. Mine never will hold a curl properly.

At length, I saw the Movie entitled “Pirates of the Something or Other, Dead Something Something.” (I detest long titles. Can never recall them. Shakespeare had that fault — all I can ever remember was that I once saw Kemble in “The History of King –” and then my memory fails me — some king or other — dashed if I can ever remember which one. There was a lot of killing, and far too much talking — does anyone know which play that was?)

Ahem. Where was I? Oh, yes. I saw that Pirate Movie thing. Very interesting. Some of the folk were wearing actual clothing. And hats. I like hats. Don’t know why you modern lot never wear them. Unless you are in a “Musical Video” wearing many chains. 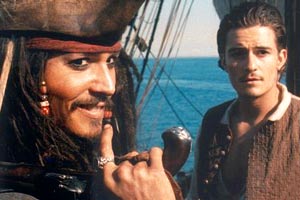 Oh, goodness, what was I saying? Pirates. Right. Don’t understand why the Ladies find that Sparrow character attractive. He’s quite a mess. His hair is barbaric — don’t supposed he’s combed it since he was breeched. And his teeth! No, it’s utterly beyond me. If he were on my doorstep, I’d have my man send him on his way right enough. How can you ladies tolerate him? Please explain. I do wish I understood it.

That Turner fellow is slightly better. But not much. Handsome enough, I suppose, but far too dirty. And both of them need fencing lessons. Sloppy footwork, no style at all.

I would much appreciate it if any of you could solve for me any of the following conundrums :

Why do the ladies like these Turner and Sparrow characters?

Why doesn’t Super Man put some clothes on?

Who is Super Man’s hairdresser? And is he taking new clients?

Until I learn the answers to these, I will remain, as always,

This entry was posted in Frivolity and tagged Bertie, Bertram St James. Bookmark the permalink.

10 Responses to Bertie Goes to the Movies