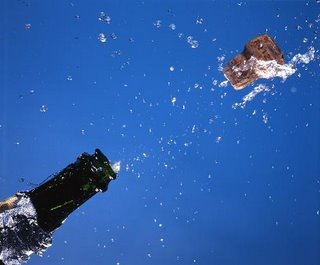 Tomorrow will be the first anniversary of the Risky Regencies!

A little history for those who may have joined us more recently. About a year ago, I went to the RWA conference in Reno, where I roomed with Cara and Amanda and met Janet and Megan in person for the first time. Each of us was looking forward to releases of Signet Regencies within the upcoming months. Each was also well aware that the writing was on the wall for the line, though no announcement had yet been made.

Soon after the conference, we decided that starting this blog was better than donning blacks and mourning the demise of Signet Regencies, that this would be a fun way to share our passion for the Regency while searching for new publishing “homes”. And it has been. One of the nicest things for me has been working with this talented and highly individual group of women, including our newest member, Diane.

The idea of calling ourselves the Risky Regencies stemmed from the fact that many of us did things in our upcoming books that felt risky to us. My September release, LADY DEARING’S MASQUERADE is a Super Regency. It’s longer and more complex than anything I’d written before, which led to some serious midnight-oil-burning as the deadline approached. It also deals with more serious issues than I’d tackled in previous books. And it’s sexier.

My first traditional Regency, which came out in 2000, was on the “sweet” side. In my second full-length Regency I wrote my first sex scene. Some readers loved it; others castigated me because “ladies didn’t do that in the Regency”. Over the next few books, my stories kept getting sexier (blame my characters did it, I have no control over them!) and I continued to get a mix of rants and raves from readers.

So I was pretty nervous when LDM finally came out. Now the problem child has made me proud, winning the Romantic Times Reviewers’ Choice Award for Best Regency of 2005 and the Desert Rose RWA’s Golden Quill in the historical romance category.

Meanwhile my fellow Riskies have earned all sorts of awards, as this week’s posts amply prove. So many different books have been honored this year, and so many of them have been ours! It says to me that readers want variety, and the Riskies have been offering just that.

As we near our one-year anniversary, I’d like to ask the visitors what you think of our blog. What have you most enjoyed? Anything you’d like to see more of?

In a spirit of nostalgia, and as a thanks to our visitors over this past year, I’d like to send an autographed copy of my first book, LORD LANGDON’S KISS, to a visitor chosen at random from comments on this post. Sometime this weekend I’ll announce the winner.

To my Risky friends and visitors, thanks for a great year!

All I can say ladies, is Thanks for the great books!

I’ve been mostly a lurker on this loop but check regularly to see what’s going on. I was so glad to find this spot and the loyal support for the regencies! I’ve loved the time period since I picked up my first Georgette Heyer in high school — I even tried writing a regency during that time period, the first long manuscript I ever wrote! Still have a dream to get back to the period one of these days — when the other projects are completed.

Thanks for the great place to visit and the clever info provided. Some of you I’ve ‘met’ on other author sites — still check in here regularly. Keep up the great work!

Ah, that’s a nice prize, Elena! That book’s pretty hard to find. (Lucky me, who has a copy! Gloat gloat…) 🙂

And it’s hard to believe we’re at a year already! It only feels like eleven months, honest… 🙂

And thanks to Elena for making our page always look so pretty.

God, has it only been a year?!

The awards speak for themselves, you’re a group of talented writers. The synergy here is fantastic…keep it going!

I like that you’ve really gotten me more interested in Regencies again. I keep picking them up.

And well, you all are so fun and witty and smart. 🙂

I can’t believe it’s been a year! Yay Regency! 🙂

Well, I’m not a Regency reader. Yeah, who knew. But I joined to see what was happening with Cara, a friend from college days, and honestly have just stuck around because the stuff that gets written here is fun and informative. I don’t know that I’ll read too many more Regencies, but I like reading the research y’all do, and I like being part of what seems a group of good friends. Thanks for letting me hang out.

Felicitations on your milestone!

I’ve been a reader of the Riskies for many months now and introduced other like-minded readers and writers to it. Many, many congratulations to all of you for filling this blog with instructive and interesting tidbits everyday. You’ve made my morning cuppa a lot of fun.

Elena, how smart to give away LORD LANGDON’S KISS!
I have not been here a year, but I feel honored that the Riskies invited me to join. I love these ladies!

Sorry I missed the contest!!