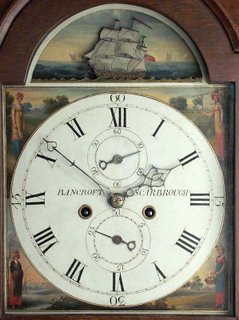 A year ago today the Risky Regency blog started! I decided, after Elena’s preemptive birthday strike yesterday, to talk about what’s changed in the past year–for me (well, it is my day to blog) and, as far as I’m able, to talk about changes in the industry. Because one thing that hasn’t really changed for me is that I still feel totally bewildered by the strange Alice-in-Wonderland world of publishing.

One major change, of course, is that the Signet Regency is no more. A lot of us were taken by surprise and not too happy about it. I’m the exception, because I was clueless what I was going to write for my option manuscript. When I did start one, the hero/heroine had sex on page seven and by chapter three she’d become an old man’s darling; not the usual fodder of the trads. (Go on. I challenge you. Give me the name of the trad where this happens and I’ll send you a copy of Dedication–Riskies, particularly Cara and her encyclopaedic knowledge of the subgenre, are prohibited from entering.) Meanwhile trads are popping up as e-books–even Cerridwen Press, the well-behaved, polite sister of Ellora’s Cave, is starting the Cotillion Line. The first title, A Certain Want of Reason, which will be out this fall, is by my buddy and critique partner Kate Dolan.
I’d like to share with you what this past year has been like. A year ago I was about-to-be-published, and thinking philosophically that if I hadn’t done it by now, it was too late (website, check. Galleys sent out for review, check. Bookmarks made, check. And so on). I’d attracted the attention of a very sharp agent (with whom I have since signed). The future was both terrifying and exciting. I discovered I could spend hours fretting about things like reviews and therefore avoid any actual writing. I plummeted into first book syndrome, something I recently wrote an article on, and which you can read at the Wet Noodle Posse e-zine.

It’s pretty mind-boggling that exactly a year later I can now call myself a multi-pubbed, award-winning author. (Well, almost. I guess I’m multi-contracted, -dealed, or -gestated right now.) There’s a part of me that shrieks, amidst hysterical giggles, What, me? Me? Nice-cup-of-tea Janet? And another part of me that struts around saying things like, Well, why the heck not? I can write and I work hard. So there! Meanwhile, my muse, a rather severe woman of a certain age who sports tweed skirts, refined cameo brooches, and sensible shoes, raises her eyebrows in the way that makes me cringe and murmurs caustic comments about doing what writers should do–write.

I’m not sure exactly where I’ll be this time next year, other than still bemused by the industry, and, I hope, writing better and more, and enjoying the company of my Risky friends.

What a year this has been for you, Janet! And I predict this next year is going to be even more exciting!

Congrats on triumphing past 2nd book syndrome and demise of the Signet line. Cannot wait to read both of your next releases!

I’m voting for you writing and publishing MORE great books!

Thanks for a great year! I lurk more than I post but you guys are divine!