1. Amanda likes Hello Kitty even more than I do.
2. Every other Risky is much better-researched than I.
3. If one gets mildly peeved one did not final in a contest, one ought to remember that one did not enter any contests, except for the RITA, where two people really liked one’s story, two thought it was okay, and one really didn’t like it. 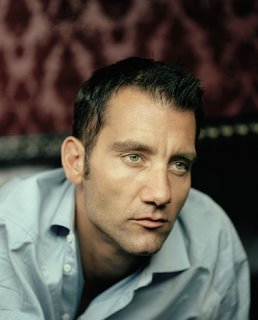 4. Other Riskies like their male obsessions about as much as I like Clive Owen. And that’s okay. Just don’t step to me on Owen ownership, at least not here.
5. Other writers are just as insecure and neurotic as I am. Almost.
6. Not everyone thinks I am funny.
7. But hopefully my fellow Riskies usually do.
8. Cara is not saying the universe is on fire just because she uses a few exclamation points.
9. Janet is way better-versed in the classics of feminist English literature than I am, and I always thought I was the most eggheaded of them all.
10. Now I am humbled.
11. Elena thinks just as hard about her writing as I do. Not always a good thing. For either one of us.
12. Amanda is the cutest writer in the world. And sometimes I bet she hates that.
13. Diane is so sweet it’s hard to hate her for being so prolific and so successful. But I’m trying.
14. Not really.
15. No, I am.
16. No, not really.
17. Okay, Eddie Izzard joke ends here.
18. Cake, or death?
19. Just kidding.
20. Yay Riskies! Yay diversity! Yay inane posts!

One of my friends from college (we spent our junior year abroad together in Aberystwyth, Wales) introduced me to the hilarious Eddie Izzard earlier this year. I laughed until I cried. Thanks, Megan, for making me laugh out loud again tonight – the joke is just as funny in print!

Elena thinks just as hard about her writing as I do. Not always a good thing. For either one of us.

Oh, so true! Sometimes we are our own worst enemies.

Re the RITAs, I’ve often gotten a spray of scores. The widest spread was for THE REDWYCK CHARM, where one judge awarded it 8.2 (out of 9–does anyone know why it isn’t a scale of 10?) and one gave it a whopping 2.0. Makes one wonder if they all read the same book!

And Megan, thanks so much for blogging with me. Though I wonder why so much black has crept into my wardrobe over the past year or so…

I haven’t yet met a writer who isn’t neurotic *g*. It was a huge relief – I thought it was just me!

I often had the same feeling of being the most neurotic writer in the world–now I know I’m just normal (for the book world, anyway!) Anyway, Megan, you ARE funny, and I love hanging out with you. 🙂

Plus, it’s better to be called “cute” than, say, “weird-looking troll”, so thank you. :)) (Wow, I am very into smiley faces today)

If the choice is cake or death, I’ll take cake, please.

p.s. neurotic writers rule!!!!!! (there, is that enough exclamation points???)

Every other Risky is much better-researched than I.
No. That’s my claim to fame.

Janet is way better-versed in the classics of feminist English literature than I am…
Wrong again. I’m a better faker (see previous point). You are still the Egghead Supreme.

And we think you’re funny.

It’s been a great year.