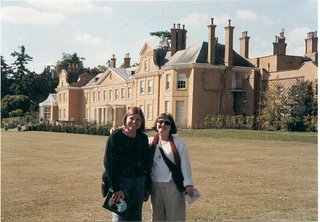 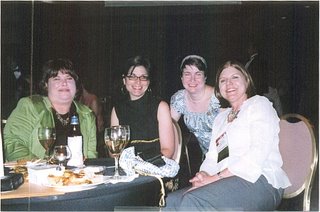 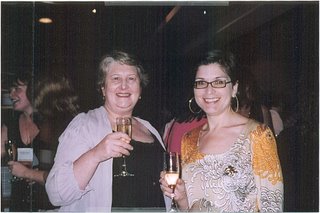 When I was a teenager, I was kind of weird. I know–shocking. 🙂 I was a serious ballet student, and when I wasn’t at school or in dance class I had my nose in a book. Not much time for the concerns of most other teenaged girls around me; often it felt like I didn’t even speak the same language as everyone else. Then, on a whim, I tried out for a school play and voila–there was my “tribe”! Theater geeks! Suddenly other people were speaking my language, and I wasn’t considered strange anymore. It was okay to be bookish, to love art and history, to quote from “Monty Python” and Shakespeare. I had found a niche.

I feel the same way about Risky Regencies, and my writing friends in general. We speak the same language (usually). Writing (or any of the arts) can be a very tough business, with more ups and downs than most. Business decisions, reviews, contests, etc. can all feel very personal, when directed at our precious, hard-wrought stories. I stick with it because I have to. So many ideas crowd my head that I’m sure my brain will explode if I didn’t get them out there! But I could never keep on with it without my friends, and without fun places like Risky Regencies. It’s been an honor to be part of this for a year, to be associated with with five fabulous authors and great friends, and to have the opportunity to make new friends!

So, thanks to Cara, who I think totally understands the ‘theater geek’ way of life, and has a wonderful flair for punctuation (and asked me–me!–for a cover quote for My Lady Gamester, so obviously has great taste in authors. Ha!). To Elena, a terrific conference roommate and complete sweetheart, who somehow manages to write great books while raising children and dealing with flooded houses and exploding computers. To Janet, who makes me feel like an ill-read rube (even if she insists she’s just a “faker”!” and has a yummy accent, too. To Megan, my sister in Hello Kitty, party dresses, and cocktails (it’s okay that you selfishly keep Clive to yourself, because Orlando is MINE. And Matthew, too!). And to Diane, who once was my roommate for over two weeks on a tour of England, and who never once screamed at me to Just Shut Up Already, as anyone else would have (that’s a pic of us at Stratfield Saye, the country house of the Duke of Wellington).

Here’s to many more Risky (and fun) years!

I’ve been meaning to post a really big Congrats on the first year!! 🙂 Hope there are many more to come — I totally enjoy reading the entries, even if I don’t always make it to posting. Okay, I’m a shy one. . . LOL 🙂 But I love having a place dedicated to many things Regency. . . and our male obsessions! 🙂

Okay, so if Matthew does ever come over–can we share? I mean, he’s all broody, he’ll probably get mad at one of us, and have to turn to the other, and then vice versa…just saying.

You can have Orlando, I do think he’s almost twice my age. Sigh.

Oh Stratfield Saye! What a wonderful memory. You and Megan can have Orlando, Clive, and Matthew. Just give me Wellington! (and Gerry). That trip turned me into a Wellington groupie for sure. I cried listening to the recording of the recitation of his honors and accomplishments at his funeral.
I assure our Blogger readers that rooming with Amanda was a delight. It was wonderful to share my first trip to England with her.

Amanda’s a great roomie, and there’s no one I’d rather share this roller-coaster of a business with!

And as long as everyone remembers that Colin is MINE no one will get hurt. 🙂

Sean Connery’s mine!! Oh, and if Gerry shows up dressed as a certain, well, Phantom guy, they’ll probably be a battle brewing. LOL 🙂

Lois,
I’m afraid I would have to fight you for the Phantom….