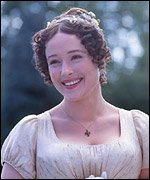 Tomorrow, I’m headed off to Worldcon — the 64th annual World Science Fiction Convention. There will be a couple thousand science fiction and fantasy authors, fans, illustrators, actors, and others there, including Connie Willis, Anne McCaffrey, Larry Niven, Garth Nix, and Madeleine E. Robins (author of the Regency-set Point of Honour and Petty Treason.) There will be Regency dancing, we’ll find out who won the Hugos this year (I got to vote!), and there will be panels with names ranging from “I’ll Pull Out Your Eyestalks and Stomp on Them” to “Should Californians be Farmers?” to “Writing While Holding Down a Day Job” to “The Slytherin Question.” 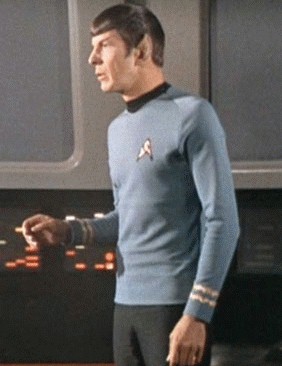 Something for everyone, in other words. So in the spirit of mixing up Regency dancing and quantum black holes, here’s a different kind of mix-up for you to play with. If Mr. Spock had to marry one of Jane Austen’s characters, and it was your job to choose the one who would make him the happiest (and he her, of course), who would you pick? Caroline Bingley, Elizabeth Bennet, Miss Tilney? Miss Bates? Someone else? The choice is yours!

Or, if you prefer, find the lady who will finally keep Captain Kirk from straying! 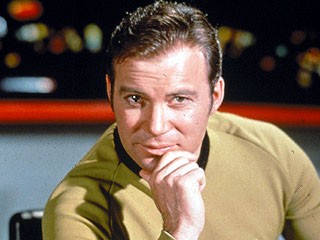 Who will it be? Fanny Price, Emma Woodhouse, Elinor Dashwood? Mary Crawford? Lucy Steele? Elizabeth Elliot? Mrs. Dashwood? Someone else? Who would finally keep the captain with the ripped shirt on the straight and narrow?

Who would enjoy traveling about to other planets? Anne Elliot, perhaps? Who wouldn’t mind sleeping on beds covered only by thin metallic blankets? Who would be easily able to deal with Klingons and Organians and the like? Who wouldn’t mind raising children who rarely get to see a blue sky, a dog, or natural fabrics?

Cara
Cara King, winner of the Booksellers’s Best Award for
MY LADY GAMESTER

I think Spock should marry Elinor Dashwood. She is the soul of sense; he is the epitome of logic. A match made in heaven, I think. Or in the heavens, perhaps.

Captain Kirk, that (formerly) dashing rogue. Ah, now that is more tricky. I’m tempted to pair him up with Miss Bates–which would win, his staccato rhythms or her endless flow? But no, no, that won’t do; we need someone blonder, more voluptuous, more–how should I put this?–more scantily clad. Hmm. Anne Elliot likes gallant captains (as who, indeed, does not?); Marianne Dashwood has the tempestuous soul; but the winner is (drumroll please)…

Fanny Price! What, you ask? Isn’t she too goody-goody? Not at all! Her virtue would fascinate the captain, and keep him from straying; her steadfastness would go well with his iron sense of duty; her youth and beauty would satisfy the clauses of his contract with Paramount. Paint her green and put her in a g-string and she’ll be perfect.

Off to do five more impossible things before breakfast!

Cara,
Oh, have a wonderful time! Are you going to wear a costume? This is the sort of a convention that demands it, isn’t it?

I think Spock should marry Mary Bennet. Think of the discussions they could have!

Have fun at Worldcon — I’m going to spend the weekend doing revisions, alas.

You know, now that I think about it, I suspect Kirk would have a fling with naughty Mary Crawford. He wouldn’t marry her, but he’d show her a good time, and leave her with a smile on her face. She’d never think of Edmund again… 🙂

Actually, I could kind of see Kirk settling down with Anne Elliot. She is an eminently settle-downable woman, and very sensitive to a man’s moods.

Diane, I like your pairing of Spock and Mary Bennet. She certainly deserves someone good! And they can go be happy pedants together. (Unless she falls for Data instead…)

I thought about Mary Bennet, but she would probably be passive-aggressive and chiding Spock for not being prim enough, and he’d just hate that.

Maybe he’d be happiest with the youngest Bennet girl. He could ignore her and focus on his work, she could display him in public and cheat on him in private, and both would be quite content.

Spock might approve of Elinor, but just for fun (thinking as a romance writer) I’d like to give him something a bit more different. Elizabeth Bennet would be fun. I can’t think of parting her from Darcy but how about her friend Charlotte? She has a sense of humor (she needs it to deal with Mr. Collins) but would also be practical enough to suit Spock’s desire for logical order.

For Captain Kirk, I don’t know. He’d appeal to Marianne but would he break her heart? I think Emma might have the strength of personality to keep him in order and she’d enjoy making matches for the rest of the crew.

Oh, good ideas, Elena! Yes, I don’t think Marianne could handle Kirk at all. She always seems like a child to me! Emma is a good choice. She’s tough, she could keep him in line. 🙂

Actually, Elizabeth Bennet for Spock makes sense… After all, Darcy is Spock-like in some ways! And she’s clearly good at getting stiff men to lighten up… 🙂