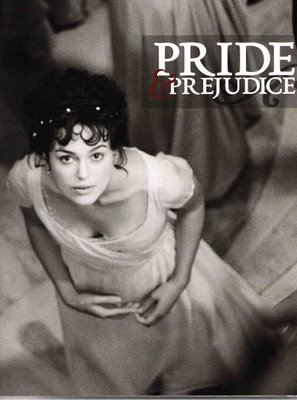 Today is the day! Welcome to the MY LADY GAMESTER discussion — complete with some excellent prizes!

To learn about the prizes (which include the book pictured here — an 80-page 11″ by 9″ softbound book full of pictures and info on last year’s movie of Pride and Prejudice, given to Oscar voters), and to see the complete rules, click here.

Remember: there will be at least two winners, and if there are a lot of comments, there will be three winners. So comment early, and comment often!

To refresh your memory — to enter the contest, just leave a comment today (September 26) on this post talking about my Regency, MY LADY GAMESTER. Your comment doesn’t need to be brilliant or funny or clever, and you don’t need to say anything nice about the book either — just as long as the comment basically means something, and has something to do with the book, it will count. 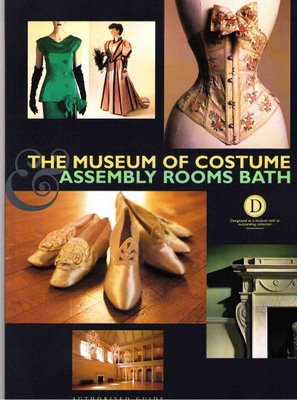 Feel free to say what you like, to introduce a new topic, or comment on one already going!

If you need ideas to get started, here are a couple that occurred to me recently…

I was recently reading some comments made on an early version of the manuscript a long time ago by various people… One of them complained that the whole idea of my plot was flawed — that during the Regency, a woman in Atalanta’s position would just have gone out and caught herself a rich husband to help her family, and the idea of gaming for money would never have crossed her mind. My first thought was “what a silly comment!” My second thought was “Hmm…come to think of it, I am quite certain that such an idea never crossed Atalanta’s mind. But why not?” Setting aside the revenge factor, what was it about Atalanta that made her do what she did? Or, conversely, did I fail to show sufficient motivation for her actions? Did she do what she did merely because the author wanted her to? đź™‚ 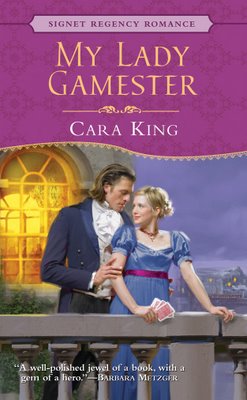 When my brother read the book, he gave me detailed comments on it. (Which I love to get! This, of course, is why I’m doing this remarkably self-absorbed contest.) I was intrigued to learn that he didn’t care for Atalanta’s brother, Tom. What interested me was that I’d found that most readers liked Tom, or at least thought he was a good character…and, in fact, if they disliked a younger brother in the book, it was Edmund, who some found to be a rather two-dimensional character. So. Brothers. Is Tom funny, annoying, lovable, unbelievable, or what? How about Edmund? Is Edmund just a cipher there, a tool in the plot, and a device to reveal Stoke’s character? Will Tom and Edmund end up friends once they’re living together, or will they be like oil and water? đź™‚

Poor Sir Geoffrey, living in a dead-end alley with his treasures. So — what’s his problem? How many mental illnesses does he suffer from? Could Malkham really have got him to play cards, like he does at the end? Have you ever heard of an alley in Regency London that had a dead end? đź™‚ (I haven’t. That bit was fudged.)

By the way, I fudged something else — the upholstery in the Covent Garden Theatre was not royal blue — it was pale blue. Shocker!

Cara
Cara King — egomaniac, and author of MY LADY GAMESTER, winner of the Booksellers’ Best Award for Best Regency of 2005

34 Responses to MY LADY GAMESTER Contest!