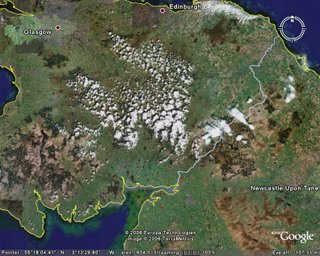 Halloween is all about scary things, and, let me tell you, writing a “Road Trip” story is enough to give me a fright!

It did seem like an excellent idea originally. Send my hero and heroine on a road trip. It put them into close contact, forced them to spend night together and seemed exciting, because the villains were chasing them. Great idea!

But I forgot I had to have them travel from real places, like Liverpool, Penrith, Carlisle, Edinburgh. At least I’ve been to Edinburgh and I did look out the window of the bus to see what the countryside looked like, but that had been in the summer and this story takes place in the autumn.

For this road trip, I had to figure out how what route the would take from Liverpool to Edinburgh. My friend Delle Jacobs (Her Majesty, The Prince of Toads) came to my rescue with the coaching route between the two towns. But then I had to figure out what the land would look like from one location to the other, and what villages might have been in between the larger towns.

The internet came to my rescue. I discovered that mapquest.com has UK maps and the little town names were right next to the highlighted line. Then I discovered Google Earth also would show the route and give a hint to the terrain as well.

Next I searched on the various town names to find as many images as I could so I could see what the villages might have looked like.

Then I had to figure out how my hero and heroine would travel on this road trip- public coach? mail coach? Post-chaise? 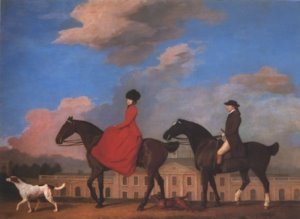 I decided to have them ride horses, which I know very little about, my experience with the animals being confined to pony rides as a child. My friends from the Beau Monde and the Regency Loop came to my rescue there, with decisions about issues such as sidesaddles and how far they could travel in a day.

Then, of course, I had to write the story.

My hero and heroine are not quite to Edinburgh at this moment, but they are getting there….

Do you even like road trip stories, now that I’m almost done with mine and it is too late to change it now?

Do you mind if an author accidentally puts in some moors where mountains should be? Will you forgive her such mistakes and trust that she really did try to get it right?

I like reading about road trips, because it puts people out of their element, their comfort zone. Thus, they have to make decisions and act on them, sometimes, with very little knowledge or at least with a lot of ambiguity. This not only reveals a lot about their character, but also makes them grow as people.

And heck, it is a lot of fun to read travelogues!!

Edinburgh is such a beautiful city. Even now, it feels like a medieval town. I can’t imagine the city being much different two hundred years ago.

I enjoy road trip stories and agree they can be great for romance. As far as errors of accuracy, I would be upset by moors instead of mountains, but I know you would not make such totally egregious errors, Diane!

I did get very annoyed the one time I read a Regency historical (by a NYT author, too) in which the h/h travel from London to the far reaches of Cornwall in something like half a day. That’s about how long it can take in a car, depending on weather and traffic!

I admit I’m not a big fan of road trip stories (or movies), but that’s due to my own peculiarities… I’m very bad at mentally processing visual descriptions, and when characters are always moving somewhere new, there LOTS of description, and I can get confused. 🙂 (This is also why I rarely read mysteries — I always miss the clues that are in the visual descriptions…) (As to why I don’t like road trip movies, though? I have no idea.)

I think that major errors are much more likely to throw me when I’m reading than minor ones… If dukes pick their heirs I’m likely to throw the book across the room… But if a lady wears an 1812 style dress in 1818, I don’t much care. 🙂

I like road trip stories and I’m not too concerned if the geographic description is not 100% accurate. The most important thing to me is that the description is detailed enough that I have a good idea of what the location looks like.

I usually like road trips, because I like adventure stories and plots where the hero and heroine are thrown together and forced to cooperate.

As for geography, I’m probably not going to notice an error unless it’s major or I happen to be extra-familiar with the area. Heaven help the poor author who botches any of my hometowns, but if you’re talking about an place I’ve never been, I’ll take your word for it.

You know, I’m not entirely sure if I have read any road trip stories. . . at least nothing’s popping into the old brain matter at the moment. Well, I guess it also depends on what you mean by road trip — I can think of some trips to stop someone from making it to Gretna Green or such. . . heck, in the end, if I enjoy it, it doesn’t matter what it’s about. 😉

And I think if it’s an area I was really familiar with too, I might go nuts over something incredibly huge that’s different, but seeing I’ve never been to Edinburgh or anywhere in that hemisphere for that matter, I won’t notice. LOL 🙂

Oh, and the Border I went to really had the Mistletoe Kisses out early — I already got it like two weeks ago! 🙂

Well you all have convinced me that you will either like this story or you won’t, and any mistakes I make might bother you or they won’t! 🙂

Lois, the book was out that early? what a surprise! I’m glad to have a sighting no matter when it was. I was at Target today but it wasn’t there and I’m not sure if they will stock a Historical anyway.

I’m not sure I really have an opinion about road trip stories as a type of book. I know that I’ve read some that I’ve liked. Of course, the tone can vary a lot–you may be traveling for pleasure, or to find someone or something, or because evil villains are chasing you, or because you have to bring the One Ring to be destroyed in the Fires From Which It Was Forged. (OK, that last one is relatively rare.)

Weirdly enough, a kind of story (and movie!) that I particularly like is a story set on a train. Too bad they hadn’t quite finished inventing those by the Regency! 🙂 Though ships are nice, too…and canal boats…

Canal boats! (Diane slaps her head) Why didn’t I think of that??

Actually I did think of canal boats but the prospect of figuring out the canals was too much for my tight deadline and my weary brain.

If it is any consolation, the book begins on a ship, but that all falls apart quickly in a storm.

One of the problems that’s always knocking away in the back of my mind–well, actually there are a lot of them, but one connected with this topic–is that the English countryside has changed tremendously. Then, with enclosures, and more recently in the late 20c with Dutch Elm disease, agribusiness, and the destruction of very ancient hedgerows. So I consider authentic depictions a losing battle.

I too like road trips in books. There are such wonderful opportunities for squalor!

Oh, fun! I remember this loop on the beau monde a few weeks ago. Or maybe a week ago. It’s like the circle of life to see it over here a little while later!

One of the problems that’s always knocking away in the back of my mind–well, actually there are a lot of them, but one connected with this topic–is that the English countryside has changed tremendously.

True, but at least we don’t have to worry that anyone from 200 years ago is going to read our books and say, “Actually there was a great big forest there then, and, while I’m thinking about it, that year we had a very wet summer, so you should take that picnic scene right out, and…”

Janet, you got me worried about it even more! (I’m pretending that the A7 is the coaching road)But,

Susan, you have reminded me that readers from 200 years ago are not likely to buy my book.

Lacey, stay tuned to Beau Monde. I’m likely to have more questions to ask the “experts” there!