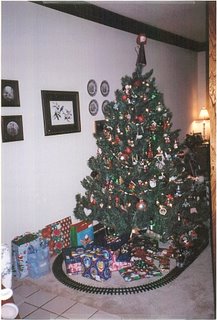 So, this week we’ve chatted about holiday food, music, gifts, and traditions. Hopefully we’ve put you in the holiday spirit, and set the mood for reading Mistletoe Kisses. đź™‚ I love hearing about everyone’s holiday memories and plans, and I hope to incorporate some of what I’ve learned into my own celebrations this year. (While hopefully managing to avoid the mall!)

Historical holidays may have seemed a bit more low-key and drab compared to modern ones. No lights (twinkling or otherwise!), little tinsel, no big-ticket items left by Santa. But they certainly had their own fun ways of celebrating, and one of those great traditions was Twelfth Night (or What You Will, to quote Mr. Shakespeare. Love that play…)

I don’t know about you, but I sometimes feel a bit let-down when January 2 comes around and life is supposed to go back to workday normal. (My birthday is also in January, which kept the excitement–and cake-eating–going when I was a kid, but now that I’m getting older it just makes me depressed!). Our ancestors may have had the right idea when they celebrated twelve day of Christmas, culminating in the fun of Twelfth Night.

It all evolved from the Roman Saturnalia festival marking the onset of the winter solstice, the time when the sun, having reached its lowest, darkest point, begins to rise again toward longer, warmer days (yay!!). It was a time of feasting, parties, and public festivals that the Church co-opted in the fourth century, using the winter solstice as the “official” day of Christ’s birth (Dec. 25). By the time of the Renaissance, Christmas Day opened an annual twelve day festival of celebration. (The word “Yuletide” actually means the period between December 25 and January 6). Large bonfires were set in village centers, and on Christmas Eve each family set a ceremonial Yule log in their own hearths. January 6, Twelfth Night itself, was a final frenzy of eating, drinking, and dancing before facing the rest of the long winter.

One of the traditions of Twelfth Night was a cake–an ornate confection into which a trinket, like a bean, a coin, or a little metal Baby Jesus, would be hidden. The guest who found the item would become king or queen of Twelfth Night. (One funny facotid I read said that by the 18th century slips of paper were often substituted for the trinket, so that inebriated guests wouldn’t choke on Baby Jesus). Martha Washington had a recipe for this cake that used 40 eggs, 4 pounds of sugar, and 5 pounds of dried fruit. I think it’s on the Mt. Vernon website if you’d like to give it a go. It would be great with Cara’s Christmas pie. đź™‚ This was often washed down with wassail (an ale-based drink with spices and honey) or a drink called “Lambs Wool” (cider or ale, sugar, spices, and roasted apples). No wonder they choked on the hidden bean.

Twelfth Night also involved masked dancers (‘Mummers’) who cavorted through the streets and visited houses uninvited to wreal havoc and beg for drinks and treats. Other common Yuletide activities were horse racing, fox hunting, cock fighting, card playing, games like blindman’s bluff and nine-pins, and entertainments like mock sword fights (or maybe real, after dipping into all that Lambs Wool), jesters, acrobats, plays and singing. Twelfth Night was also the time to extinguish the Yule log, saving some of the charred remains to use for kindling next year’s log.

This sounded like fun to me! I’d like to use the cake, the Yule log, and the plays in my own holiday, while skipping the cock fights and fox hunting. And the choking.

We’ve talked about so many aspects of the holidays this week, it seems there isn’t much left to say! But since today is the last chance to win a opy of Mistletoe Kisses, tell us what your very favorute–and very least favorite–aspects of the holiday are. (My faves–music and food. Least–holday traffic. Why do people get so crazy on the road at this time of year? I coudl do without Tickle Me Elmos, too). Are there any historical traditions you’d like to use in your celebrations?

Have a great Thanksgiving next week! We will have a treat for you here starting Friday, an interview with bset-selling author Eloisa James. And thanks for stopping by our RR “salon” to help us get the holidays started.