In thinking about the best books I’ve read this year, I realized I had to expand to make it the best media I’ve experienced this year. 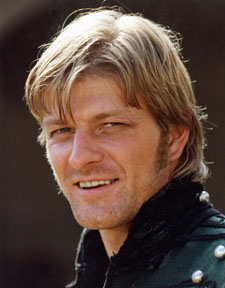 First off, my current obsession of Sean Bean, fueled by watching the Sharpe series on BBC America. I still haven’t made it to the last Sharpe, but I’ve watched maybe 10 of them, all featuring Bernard Cornwell‘s fantastic anti-hero Richard Sharpe. Sharpe is honorable, in his way, but he also fights dirty, doesn’t care whom he offends, and looks down–way down–on the nobility.

I’ve been reading the Sharpe series, too, and also diving into other Cornwell books, most notably the Holy Grail trilogy, which begins with Vagabond.

I’ve continued, and continued to love, J.R. Ward‘s vampire series. Lover Eternal and Lover Awakened were both excellent reads, and I already have Lover Revealed on pre-order. Ward writes the sexiest, most tortured vampires, and you can’t help but fall in love with them.

This year also brought two Eloisa James‘ books: The Taming of the Duke, and Pleasure For Pleasure, both of which I enjoyed. James is fantastic at creating situations and dialogue that seem real, regardless of setting, and her characters behave like people you might actually know: Flawed, selfish, selfless, insecure, smart, and wanting to fall in love. 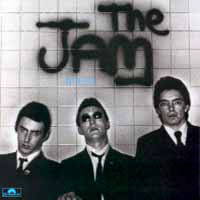 In music, I’ve been rediscovering some way-old favorites, particularly The Jam, a British group that drew on the mod influences of the ’60s to create their brash, abrasive, politically-charged music. The hero of my next Regency-set historical would be a fan of The Jam, if Regency-set heroes listened to new wave. I’ve also been listening to some old James Brown, whose funk is unparalleled. RIP, James. 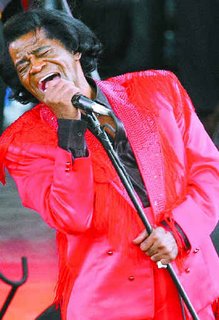 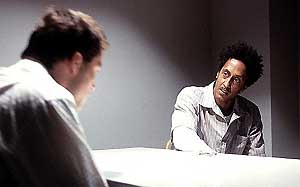 I’ve also been watching a few (a very few) television shows, especially The Wire, whose plot twists and turns are equal to the most well-plotted suspense novel (no surprise, since authors George Pelecanos and Dennis Lehane have worked on the show). The characters of The Wire are equally well-done, and I was very sad to see its season finale.

My seven year-old son has gotten into Top Chef, and dragged his parents along with him, so now I watch with bated breath as a chef gets eliminated–or not–each week.

It’s been a fun year, loving old favorites, finding a few new ones, working on my own writing, and learning cool tricks from music, television, and film as well as books.

Have a healthy, happy New Year, and we’ll be bringing more Risky behavior in 2007.

Yay, another Top Chef fan. Megan, did you also watch Project Runway before this?

Megan, I have a Sean Bean movie for you to watch so that you can continue your obsession!

Elizabeth, you are making me wonder what film you are talking of!!!

I thought the same thing, Keira. Another Top Chef fan. I am so hooked on this show. But nothing beats Project Runway. I can hardly wait until it starts again.

Mmmmmmmmm, Sean Bean. Love that accent (though I always hear that a Yorkshire accent is supposed to be bad).

Top Chef and Project Runway are absolute Do Not Misses in this house. (Which really is ridiculous since Bravo reruns every episode about 14 times.) Dear Buthcer (trained chef) has quite a bit of fun trying to figure out what he’d cook in each episode. But he hates dessert, so that puts him at a disadvantage for a lot of those “cook a whole menu” meals.

Who loved the Anthony Bourdain episode? Who did? Meee!

I haven’t kept very good reocrds of what I’ve read this year, but I really liked Taming of the Duke as well. I hadn’t read any Eloisa James before this year.

I also glommed quite a bit of Sabrina Jeffries–that was fun.

Love Sharpe–both the books and the films–though I don’t think I’d agree with calling him an “anti-hero.” To me, an anti-hero is basically a villain (or at least, mostly negative character) who also happens to be the protagonist. I think Sharpe is a hero, albeit one with many flaws (including, at times, a brutal ruthlessness).

I’ve never watched either Top Chef or Project Runway, I must admit! I think my favorite new show of the year was Heroes, followed (literally and figuratively) by Studio 60. 🙂

Gah!
I had written a whole response, and Blogger ate it.

Watched PR also, Keira.
Can’t wait, EKM.
Will let you know what it is, Diane.
Sean’s accent is delicious in Lady Chatterley, Kalen.
Suisan, I have the worst crush on Tony Bourdain.
Todd, you’re right that he is not an anti-hero, but he does not do things for the right reasons, but usually because of that brutal ruthlessness you mention. Swoon.

I think Sharpe has a keen sense of honor, but it is all his own. What is most frustrating to me about Sharpe is he is so dumb about women. He seems to fall in love with them because they are “there,” not because of the qualities they possess.

I agree with Todd that Sharpe is a flawed hero rather than an anti-hero (I have trouble reading books with true anti-heroes because I want to push them away rather than identify with them, but I never have that problem with Sharpe), and with Diane that his stupidity about women gets a little maddening at times! It’s not even that he can’t appreciate a really exceptional woman when he encounters one–he just can’t resist the more transient appeal of the less worthy. Which may be realistic, but it frustrates the romantic in me!

Okay, how, how, how did I miss that Sean Bean is playing Sharpe?

*rushing over to Netflix to add it to queue*

My husband reads Bernard Cornwall too, and he really enjoyed Heretic. I don’t know if he’s read the rest. I think he’d like The Pale Horseman too.