I promised my editor I would have my revisions to The Vanishing Viscountess to her today and I really slacked off over the weekend. So no time to give you one of my brilliant, exquisitely planned and executed blogs (Who’s laughing?????). I am, therefore going to give you a stream of consciousness blog–don’t look for any unifying theme!

Did you know we authors love to know readers enjoyed our books? Now is your chance to tell us!

EHarlequin is in the nomination stage for its 2006 Readers Choice Awards. Click Here to nominate your favorites. I’m honored to say that my A Reputable Rake by Diane Gaston is mentioned under Favorite Historical and under Sexiest Hero on a Cover. Eventually there will be voting, I think, so keep watching.

All About Romance is also tabulating Reader Favorites and this time you can vote! Reputable Rake is there too, under Best Buried Treasure. Titles are starting to be eliminated and I’d LOVE for Reputable Rake to make it to the final round. So please vote for Reputable Rake for Best Buried Treasure and vote for your other favorites, too. There are plenty of Regencies to choose from and I think you can still add additional choices.
Start here to see who’s been nominated and eliminated so far.
http://www.likesbooks.com/interim2006.html#secondinterim
Go here to vote:
http://www.likesbooks.com/ballotannualpoll.html

Do you know of any other sites doing Reader Favorites? 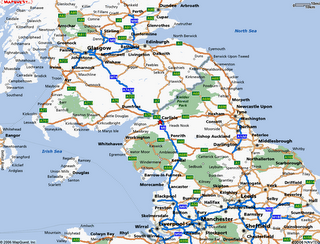 Speaking of The Vanishing Viscountess, the book of my revisions. It is scheduled for release in early 2008. I believe I have lamented before about this being a “road story.” The coolest thing, though. My son who is studying Geography and Mapping in college is going to do an online map of the places in this book! I’m not exactly sure how he’ll do it, but I’ll have it on my website eventually!

In my husband’s channel surfing he came upon a Japanese film with this premise: “A noblewoman agrees to sleep with a cassanova if he succeeds in seducing a chaste widow.” Wow, I thought. What a great premise. 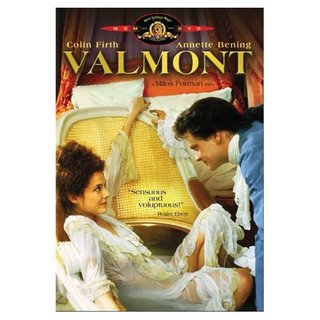 Then I realized it was the premise for Dangerous Liaisons. A day or so later, more channel surfing and he discovers the movie, Valmont also based on the same book as Dangerous Liaisons and released only one year later. It is pre-French Revolution, not Regency, but Valmont stars a young and almost impossibly handsome Colin Firth. Naturally I had to watch it. How’s that for synergy?

Have any of you seen Valmont?

Speaking of impossibly handsome men, it is only 44 more days until the release of the movie 300! 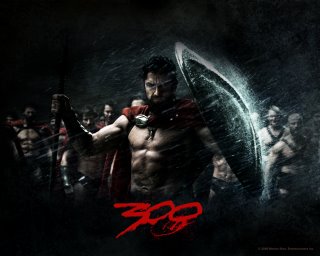 Ohh, thanks for the tip on Valmont! I’ll have to check that out. Never seen Dangerous Liasons (I know, I know) and can’t stomach the idea of watching cruel intentions. The amoral plot really turns me off, but perhaps I could stomach it with Colin Firth involved!

Oh yeah, I saw Valmont when it came out! Thought Annette Bening was utterly fab. And thought everyone else was, you know, okay. 🙂

I already had very concrete opinions about the whole thing before the first movie of the two (Stephen Frears’ DANGEROUS LIAISONS) came out, having seen the play in London, and then read the novel. So from the get-go, I thought Glenn Close was miscast as Merteuil (too old, for one thing — my guess puts the character at around 25, not 40, which totally changes her relationship with Valmont. People I knew who just knew the movie thought of her as an older woman dumped for a younger, whereas it wasn’t an age thing, but, if anything, a virtue thing…)

Okay, sorry, way more opinion than any of you wanted! I’ll shut up now.

(Except to say, do y’all remember it was Keanu Reeves as the handsome young thing in Dangerous Liaisons???)

In Valmont the young man is played by Henry Thomas, who did a fine job, I thought. But it got me thinking that Henry Thomas was the child in Witness. So if Valmont was an old movie, Witness must be even older. How does this happen?? Because I don’t get any older….. (sounds like a problem for Todd to figure out)

Another version of DL is Cruel Intentions, which came out a couple years ago. It was my introduction to the storyline, and (I hate to admit it) still my favorite version, even having seen the Colin Firth version.

All the best with finishing up on The Vanishing Viscountess. Are you writing this as Diane Gaston or Perkins?

Will you be including your son’s map work in your book? I wish books would include more maps, so that it’s easy to visualize where the action takes place.

Valmont is on my Netflix list. Yay! And I’m bummed I missed Jane Eyre on Sunday. Not sure if they’re going to do a re-run. But I’m definitely going to watch it next Sunday.

Thanks again for your yummilicious series of photos.

Speaking of impossibly handsome men, today is the birthday of Lord Byron. He was born in 1788.

So Dangerous Liaisons, by mutual consent, went out first, and then the other studio release Valmont one year later. It was then treated as a “remake” of the big name movie by a lot of the reviewers.

I think Valmont’s character in Valmont is a better representation. I couldn’t ever quite understand what everyone saw in Dangerous Liaisons’ Valmont–he seemed too ratlike to be attractive.

(Ugh. And then when John Malkovich showed up as Athos in The Man in the Iron Mask, without an accent, I practically threw something. Although I love some of his other performances.)

I have mixed feelings about 300. I’d be going solely for the story, since none of my Secret Celebrity Boyfriends are in it. I’m fascinated by the Greco-Persian Wars–Marathon, Thermopylae, Salamis, etc.–but I’ve yet to find a fictional account that tells the story the way I want it to be told, including the 300 graphic novel.

I guess it’ll just have to wait until I’m a noted author of military historical fiction (that being my current ambition), and then I’ll write my version. And be sure plenty of hot guys play the Athenians and Spartans when I sell the film rights. 😉

Susan, I absolutely had to ask: Who’s in your Secret Celebrity Boyfriends club?

Susan, I absolutely had to ask: Who’s in your Secret Celebrity Boyfriends club?

The original stage Valmont (in the Hampton play, which the Frears movie was based on) was, of course, Alan Rickman — who I missed seeing by something like two weeks. (Argh!)

*He’s* the Valmont I’d have liked to have seen in the movie! (Either movie!) But he at the time wasn’t a big enough “star” of course for anyone to cast him…

One reason I like Valmont is because you get to see Colin Firth smile. He hardly smiles in P&P or in any of the Bridget Jones movies.

Did you see the commercial for 300 that aired during Heroes last night? I’m so glad they are advertising on tv so that more people will come out and watch the movie, and Gerard Butler will become more of a household name.

Oh, Janet is going to kill me. I forgot Byron’s birthday!!!!

Susan, I hope you like the 300 movie. I suspect it will be very sylized and not too historically correct in its depiction of the enemies. It is, of course, hard for Manuelita and I to understand why Gerard Butler doesn’t top every woman’s list of Favorite Guys!!

Mina, there’s ANOTHER movie from that book? That makes four if you count in the Japanese one, too.

I loved Colin Firth in Valmont. When I wrote Joseph, my gemini French aristocrat hero in Bookseller’s Daughter, I imagined him slipping from Good Joseph (Firth’s Valmont) to Bad Joseph (John Malkovich’s)

I love Valmont…the movie and its star! I am so happy to hear you are getting ready for The Vanishing Viscountess to be published, though I am sad that it won’t be out until early 2008!