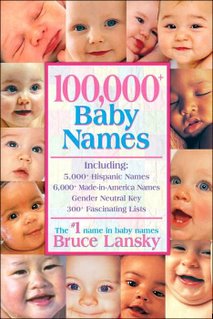 I meant to do this earlier in the day. Megan could not do the blog today so I volunteered but then I spent the day FINALLY finishing the revisions to The Vanishing Viscountess.

I promised my system for naming characters.

The Regency period was a more formal time than nowadays when everyone from salesclerks to telemarketers want to use your first name. First names were rarely used in the Regency era, except among family or schoolmates. Even so, a little boy with a title would be called by his title, even if he was a mere toddler. Think of it, in Pride & Prejudice no one ever called Darcy Fitzwilliam! and Mr. and Mrs. Bennet addressed themselves as Mr. and Mrs. Bennet.

I’ve tried to adapt to this style in my books, so I pay attention first to title names and surnames. I make sure my male characters have title names or surnames that will sound comfortable as what we modern folk would think of as given names. So in my March book, Innocence & Impropriety, the hero is Jameson Flynn, but he is “Flynn” throughout the book. His employer is the Marquess of Tannerton or “Tanner” to everyone. (Tanner is the hero of The Vanishing Viscountess)

I often create title names by using The Incomplete Peerage . But I mix up the title names, taking the stem from one of them and putting on a different ending, so “Cornwall” may become “Cornworth.” Then I google “Lord Cornworth” to make certain there isn’t a real one.

My heroines are much more apt to get a first name. Have you noticed how my heroine names mostly start with “M”? My daughter’s name starts with M.

For first names I go to a baby naming site and look up English or Scottish or Irish or Welsh first names, whatever I need. Or I go to a census of the time period and see what names are there. I do this for surnames as well.

I try not to repeat a letter of the alphabet in the book, so if the hero is Tanner, then his butler would not be Turner.

That’s it. That’s my naming style. And if that doesn’t work, I just take a name from a reader–Right Mallory? Mallory Pickerloy is my heroine in The Vanishing Viscountess.

Diane Gaston is the RITA award-winning author of Historical Romance for Harlequin Historical and Mills and Boon, with books that feature the darker side of the Regency. Formerly a mental health social worker, she is happiest now when deep in the psyches of soldiers, rakes and women who donâ€™t always act like ladies.
View all posts by diane →
This entry was posted in Uncategorized and tagged Uncategorized. Bookmark the permalink.