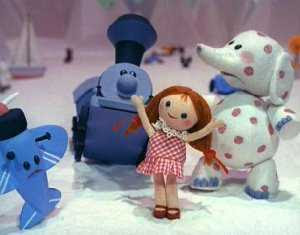 This past weekend I had the chance to co-lead a writing workshop for some aspiring writers aged 10-12. I had a great time doing it and what a fun group it was!

But one thing that struck me was how each of the girls admitted to having been at times ridiculed or somehow labeled by peers at school and elsewhere. Hippy, goth, nerd, brainy freak: these were some of the assorted terms used to brand them as different, and not in a good way. Some of them reported teachers who must have felt threatened by the differences. One girl was told she couldn’t have spiders and cats talking in a story–um, Charlotte’s Web, anyone????

The co-leader of the workshop and I could recalled similar incidents from our own youths. The girls seemed happy to know they were not alone and not crazy (or at least crazy in a good way). 🙂 Afterwards I reflected that while my writer friends and I have, by and large, found our places in various communities as adults, many of us were somehow “different” as children. These differences were not always appreciated by either our peers or our teachers. But while painful memories can block us, they can sometimes slingshot us into the work and provide source material. It’s no wonder books and films are full of characters trying to cope with being different.

In romance we see a lot of “misfit” types: bastards (whether or not they turn out to be the Lost Heir), heroes with shady pasts, heroines who are hoydens or bluestockings, characters with physical imperfections or even disabilities. I love ’em all, as long as they are unique creations and not imitations of someone else’s misfit character.

Not all heroes and heroines are misfits, of course. Sometimes they get together because of a threat is to the community they’re both part of, or they belong to different communities. Interesting things also happen when one fits in better than the other.

Anyway, here are just a tiny few of my favorite misfits from historical romance:

Having been the nerdy kid with cat’s eye glasses and her nose in a book, I know exactly why I relate to misfits. What I do wonder about is why they are so very popular. Are there really that many misfits who are readers? Or are there “normal” people out there who secretly relate to the misfit?

So why do you think misfits are so popular in fiction and on screen? Do you have any personal favorites?

What I do wonder about is why they are so very popular. Are there really that many misfits who are readers? Or are there “normal” people out there who secretly relate to the misfit?

I think part of the issue is that while actual misfits are a minority, people who THINK they’re misfits may well be a majority, especially if you agree with Joss Whedon that we never really get over high school. (And I almost always agree with him–my writing rule for when I’m stuck is “What Would Joss Whedon Do?”) I certainly think of myself as having been a misfit and an outcast, but a sociologist would’ve probably seen me as a reasonably popular kid who was somewhat on the fringes by virtue of being The Smart Girl of my year and by not having been born into one of the town’s elite families. (I’m originally from a VERY small Southern town where such things actually mattered.)

I no longer think of myself as a misfit, though I do cheerfully admit I’m a little weird in spots.

uOne of my favorite new shows of this season is Ugly Betty which is the story of a misfit woman at a fashion magazine. When I was first watching this show I cringed as I watched Betty working in a place that she did not fit in. Now she is a pleasure to watch as she shows that a caring smart woman is a beautiful thing.

So why do you think misfits are so popular in fiction and on screen?

However, to be honest, I think one reason that misfits are popular with readers/viewers are that we (as Americans, mostly) (a) like to have things both ways, and (b) love the cult of the “individual.”

(a) liking to have things both ways: we want a woman who we can temporarily believe is clumsy/plain/awkward/out of her depth, but who in remarkably short order becomes Sandra Bullock/Reese Witherspoon/Amanda Bynes — gorgeous, thin, perfect skin, etc etc. This way we get the whole Cinderella deal, but also don’t have the “trauma” of looking at an ordinary woman. (I suspect America Ferrera is fabulous as “Ugly Betty,” but I think it’s significant that even in roles where the characters are supposed to be ordinary looking, they always cast gorgeous women.)

(b) It’s been almost the national religion for years now, the way kids are told over and over “be yourself” — “you’re different” — “you’re special” — “be true to who you are” — “find out who you are.” And that person is always supposed to be “different” — but rarely all *that* different.

Well, the first one that popped into my head is Vicki Lewis Thompson’s nerd series, although there I don’t think I can say that the nerds at least always (I’m trying to remember the various books I read while typing my thoughts!) consider themselves misfits. I think some have, but others were fine with themselves, but maybe others weren’t. It’s tough to remember them, it’s been a while since I’ve read the older ones. 🙂

I think they are popular because we all probably to some extent think of ourselves as misfits, and we want to live in that world where they are accepted, so we read about the ones who are. But in reality, we know that isn’t always the case.

Show me a person who is completely normal in every way and I’ll show you a complete freak. We’re all screwed up and labeled in our own unique fashion, and it’s the struggle to move beyond that which makes us all human and healthy.

If anything, fictional characters aren’t layered enough to be real. They have one or two flaws and the rest is normal.

I’ve got too much about me going to be a believable character, and yet I am definitely a character. I like homebrewing, sewing, knitting, calligraphy, computer gaming, being pollitically active, medieval re-enacting, cooking, and writing. I have multiple chemical sensitivities. I habitually dress for comfort and unconventionally and get to work from home. I have 6 pets and devote some time to animal welfare. Any three things on that list can make for an interesting and challenging character for a story= but real people are so much more than that.

When my mother was a little girl she came home from school crying one day. “Daddy! The kids at school say I’m crazy! I want to be normal!”

To which my grandfather replied “If the rest of the world is normal, I hope I’m crazy!”

I think the reason the misfit is so popular is because it reveals the vulnerable side of each of us. Most people have felt like they don’t belong at one time or another. In a book, we’re allowed to empathize without feeling like we’re having a pity party. In the book, the misfit is ultimately accepted on the most deeply yearned for level: with love and adoration, even if by only one other person. Everyone wants that, and in a book, it’s possible, over and over again.

I love so many of your takes on this, think they all are part of the picture.

I especially enjoyed what Georg said:

Show me a person who is completely normal in every way and I’ll show you a complete freak. We’re all screwed up and labeled in our own unique fashion, and it’s the struggle to move beyond that which makes us all human and healthy.

And Cara, I honor your cynicism. Hopefully you won’t be upset if I temper it a little. Of course not all educators have gotten the message but I do believe things have improved a lot. My kids have all my weird genes plus my husband’s and they’re having a great school experience. It couldn’t be more different from the hell my husband and I remember (otherwise we’d be home schooling).

Perfect? No. But better is important. Sometimes these messages do sink in.

And I think stories about misfits play a big role in that.

My Pollyanna moment of the day. 🙂

Oh and I meant to respond also to the a) part of what Cara said. I think there’s a difference between stories where the misfit becomes normal (and possibly gorgeous) and where the misfit and the community come to terms while still allowing her to be unique.

Perhaps both are fantasies but the second is the more powerful.

Another brava! Cara. Your post is not so much cynical as it is well-observed.

And Elena, it’s wonderful that your kids are having an improved experience. My kids have been tortured. But they’re strong, self-confident, and full of character anyway. 🙂

I think I most agree with Judy on this one.

I also think that a person who is totally in the place they belong doesn’t have a story journey to make, they don’t need to change and grow, and our characters need to make a journey and change.

I enjoy misfit characters, especially in Regency settings, because I like seeing how they reconcile their true selves with the world they live in. Whether they’re foreigners, come from an oddball family, or have strange hobbies, I love seeing how they fit in (or don’t!) with society around them.

I guess like lots of big readers, I was something of a misfit in high school. I lived in an affluent, very conservative town, and I loved books and ballet and NOT football. Didn’t come into my own until college. So I always enjoy the bluestocking heroine. 🙂

I think the misfits of fiction (some of my favorite heroes and heroines) are so popular because they are the underdogs, the ones least likely to succeed. A good story keeps you reading because you want the misfit to shine and prove to everyone (and themselves) that they can have HEA that the Diamond of the First Water and the handsome, wealthy, duke will undoubtedly have.