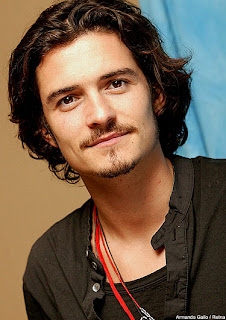 Today, we decided to do something a little different (IOW, Megan and Amanda are too busy and too befuddled to think if anything on their own). So we’re talking to each other, please join in on the conversation!

Megan: Amanda, let’s chat. What are you up to with your writing right now?

Amanda: Hey, Megan! I’m currently wrapping up the rough draft of the Stupid Book That Won’t End, aka The Muses of Mayfair, Book One: The Alabaster Goddess. The heroine, like many Regency romance heroines, is the daughter of a classical scholar, thus named Calliope after the eldest Muse (yeah, she also has 8 sisters, but don’t worry, I’m not doing a 9 book series here. 3 at the most. And she’s not the alabaster goddess. That’s a statue that’s about to be stolen. Or not.) Plus researching the court of Henry VIII for the next book. So, not working on much. Ha!

M: I’m working on a Regency-set historical about an opium-addict hero who’s bent on self-destruction and an illegitimate vicar’s daughter who’s always optimistic. . . More importantly, what are your current obsessions? Did you watch Top Chef, and were you happy with the results? And did you think Sam was cute? I liked his height. I’m a sucker for height.

A: I did watch Top Chef! Guess I’m as happy with results as it’s possible to be, considering Sam wasn’t in the finale. (Booo! Down with weird-hair Marcel!) Sam was a total cutie, and also not much of a whiner in a group full of ’em. Even by reality tv standards they were obnoxious, and I’ve watched Britain’s Next Top Model, so I know whiny. 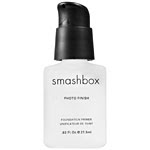 M: I just got new glasses, and I am experimenting with some new make-up–the dark, smoky eye is figuring a lot into my routine. I still haven’t figured out how to wear lipstick without a) having it make me look like an old lady b) getting on my enormous front tooth (I’ve got just one, but it’s a biggie) and c) needing re-application every hour or so. Not to mention just getting make-up on is a challenge! What is your make-up routine, and your current favorite item?

A: Your new glasses look fab! I’m really loving Smashbox Photo Finish Primer (the color corrective version that looks lavender in the bottle). My skin is pale and sensitive and prone to breakouts (which is not fair. I thought acne would be done by now). I’m with you on the lipstick. I never could wear red lipstick without looking like Courtney Love. Love Rimmell lipgloss in EastEnd Snob (an nice, pinky beige), and not just because I’m an Anglophile. Wish you would give me some smoky eye tips. Like–how do you get eyeliner on straight? 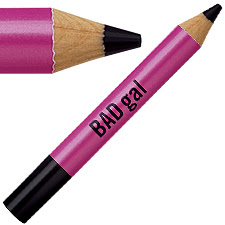 M: With the smoky eye, you don’t need to worry about straight eyeliner. I love BeneFit Bad Gal liner, just draw a line on top and put another color (I favor a dark plum MAC color that I don’t know the name of ’cause the label thingy fell off) on top with a brush. Smudge it up a little bit, maybe put the shadow a little under the eyes (not too much, you don’t want to be the Goth Queen), and you’ve got it! Okay, now for the bad news department: A recent survey just came out that flies on a restricted diet had longer life spans than unrestricted flies, but if the restricted flies even SMELLED the forbidden food, their life spans shortened. How unfair is that?!? The scientists say they don’t know the ramifications for humans, but I just bet my chocolate-smelling habit will make me keel over before my time is really up.

A: I don’t even want to THINK about what my chicken-fried steak smelling habit will do. Or the fact that I eat Nutella from the jar. What happens when they give flies Nutella?

M: What are the cool things to do in your town? I would love to be able to say I take advantage of all that New York City has to offer, but I don’t. I’m home with the seven year-old most nights–the husband works late a lot. When I do get to go out, I love the diversity of New York City. Anytime I go anywhere else I am struck by how much the same things are. Here, everything’s different; on my corner alone, there’s a coffee and chocolate bar, an Italian restaurant (that’s not very good), a Japanese restaurant, a chi-chi mens and womens clothing store and an old-fashioned barber shop.

A: Hmm, cool things in my town. I’m afraid Oklahoma City doesn’t have much (okay, anything) on NYC. But I did just go to a Napoleon exhibit at the art museum. Some too-rich-for-his-own-good guy in Paris collects Napoleon stuff, and this exhibit had about 250 of his objects. Letters, furniture (including a folding camp bed), paintings, jewelry, stockings and handkerchiefs, even a fragment of Napoleon’s original coffin. I’m not sure I learned much, I was too busy plotting how to steal Marie-Louise’s jewelry, but it was very interesting. Oh, and there’s a new cafe near my house called Coco Flow that serves all things chocolate. You see how it always comes back to chocolate?

M: This has nothing to do with writing Regency, btw; Amanda, what’s on your mind?

A: Besides Nutella, lipgloss, and Sam from Top Chef? Not much. I’m easily amused. Also easily distracted from the WIP. Speaking of being distracted, did you watch the new PBS Jane Eyre? Not quite up to the Timothy Dalton, IMO, but not too shabby, either. I’m really glad sausage curls are no longer in style, though. What’s up with you? Besides new glasses, new jobs, and opium-addicted rakes?

M: I taped the new Jane Eyre, but haven’t seen it yet; other than the new glasses, new job (I’ve got a freelance writing thing that helps pay for my make-up and book habit), and writing the fiction, I’ve been trying to stay warm, look at real estate, upload our 3,000 discs into our brand-new iMac, and lobby for an iPod of my own.

And what is everyone else doing? What make-up tricks do you have? What did you think about Top Chef? And what’s your favorite food to smell?

Megan and Amanda
*Orlando Bloom is always on Amanda’s mind.

OMG, how could I have forgotten Orlando?? In fact, I’m very surprised we managed to go a whole post without mentioning either him or Clive…

Megan, please post a pic of the enormous solo front tooth. You make yourself sound like a narwhal and I didn’t notice the phenomenon when I saw you last.
Janet

I must wear lipstick. It could be and frequently is the end of the world but I never leave home without it. If I don’t wear it on the weekends when I lounge about in my pink pajamas working on my WIP, I get chapped lips. I am now wearing Cover Girl Incredifull Lip Color in Latte Lush.

I love the smell of oranges and lemons. And wine. And pizza. And…

O dear! Do you think there’s a link between too much Nutella and acne? Sigh! Amanda, you’re the only other person I know who loves Nutella. It is by far my favorite chocolate of choice.

Megan, thanks for the eye make-up tip!!

I love the fragrance of oranges.

Oops. Me and my typos. That should be “Foam” and not “Form.”

I am a strong, strong woman not to mention either of our two obsessions. Plus I figured EVERY SINGLE PERSON IN THE WORLD knows about me and Clive.

Can so relate on the acne. I have now hit the point where I use anti-wrinkle/anti-blemish products. Sigh…

I love Nutella as do my kids. I’ve even done a Nutella birthday cake. 🙂

Hee, hee. . . that was a great conversation there. I don’t wear makeup myself, so I don’t wear lipstick, but I can’t live without my chapstick. I get too dry. 🙁

And what is everyone else doing?

I’m busy rehearsing for a production of Shakespeare’s THE WINTER’S TALE at Caltech. Lots of fun, but very time-consuming!

And what’s your favorite food to smell?

Coffee. I’m not that big on drinking it, but I love the smell!

Also love to smell pizza, and rosemary, and chocolate. 🙂

Last night I dreamed about Orlando Bloom and I am not sure why…then I come and check the blog and there he is.

I enjoy Top Chef, but this season was filled with too much bickering IMO. I had wanted to Sam to win…Marcel just annoyed me and many of the others were just too immature.

I agree, Cara. Smelling coffee does rank up there, as does vanilla.

Very well. I believe it is the dry winter weather that causes the facial skin to go whacko. How’s that?

Elena, you’ve got me thinking… How about a vanilla cake with orange liqueur (Grand Marnier, perhaps?) a central layer of coffee cream and iced on top with Nutella? I’ll die a happy woman (and soon, if the research Megan cited is true).