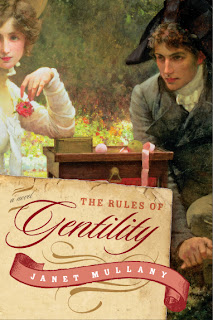 Okay, I admit it. This is an excuse to show you the cover for my HarperCollins release (October, 2007) which is so awesomely beautiful I cannot keep it to myself. This is the book whose title has changed more times than my hair color. The last time I blogged about this, we were still in the throes of finding a title (not too romance-y! Not too funny!), and now progress is being made.

Meanwhile, I’m about to start revisions on the book by The Other Person, Forbidden Shores, and life being the funny old thing it is, in this one I’m being told to make it more romance-y, since it’s coming out (also in October) as a Signet Eclipse. I am, however, allowed to keep the heaps of writhing sweaty bodies this book is all about.

Moving on from stuff about me–me–me, here’s something interesting. There are specific areas of the brain related to reading, speech, and writing, Exner’s Writing Area and Broca’s Expressive Speech Area in the left frontal lobe, and Wernicke’s receptive speech area in the left temporal lobe. (I’m giving you the locations to impress you, not to encourage digging around in someone’s head, by the way.) They’re the bits of the brain that don’t function properly when someone suffers from agraphia, the inability to write and spell. I discovered this in research I was doing for work as part of a new book, The Elements of Internet Style: The New Rules of Creating Valuable Content for Today’s Readers. Sign up here if you’d like to receive more information on the book (scroll down to the bottom left of the screen). And the question all this raised was what were these bits of the brain doing before humans spoke, or wrote? Did they merely lie dormant until someone picked up a piece of charcoal and thought, Hmm, better let Ig know about that big herd of buffalo I saw down by the lake?

And does this mean there are other parts of the brain ready to spring into action? I wonder what those would be. The driving while gabbing on a cell phone area is extraordinarily primitive and should be surgically removed on those who attempt it. Teenagers have a new area for IM-ing friends while talking to another friend on a cell phone, watching American Idol with the sound turned down, and doing homework. The area for making sure your feathered headdress doesn’t catch on fire while not worrying too much about whether the skirt of your gown will fall off after your maid hastily re-fashioned it and whether the gentleman you are waltzing with is holding you far too closely is a part of the brain rarely used nowadays.

Any new or old brain areas you’d like to invent?

Great cover, Janet! The boy (and really, he’s so young I can’t say man) is lovely.

Wow, that cover’s perfect, and goes great with the title. Now I’m wondering what was just said by the two depicted, or about to be said, and which rule of gentility will fall by the wayside?

And after reading your blog I’m hoping the double-fudge-cream cheese-brownie I just ate will not affect the left side of my brain at all.

So what part of the brain does inspired plotting come from? Wanna feed that one!

Janet, what a beautiful cover. Reminds me a bit of Renoir. Hope you’ll blog more about this book as and when you can. Is it like a book of manners? Or a more romance-y 🙂 book?

Jane George, anything that has chocolate and cream cheese in it, not to mention sugar and butter can only be nutritious for the brain. Fat’s good for the brain. It’s only the rest of the body that’s not so happy about it. 🙂

I LOVE your cover, Janet! It is beautiful.

I always get that right brain – left brain mixed up. But I do wonder if there is a part of our brains that can be telepathic.

Yesterday at Curves, one of the workers mentioned her son and in that instant the phone rang and it was her son calling from New York! I think that must have been telepathy.

Janet, that’s a great cover and I’m so glad they settled on a title that works. 🙂

I want the part of the brain that would instantly tell me the right sequence of events for my work-in-progress so I wouldn’t have to do so much plot surgery.

Keira, I’m glad to hear fat is good for the brain. Maybe I need to up my chocolate intake (and guacomole?) in order to improve my memory? 🙂

As to the brain, I just want to be able to store and RECALL character names, author names, book titles….is that too much too ask for a rabid reader like myself?