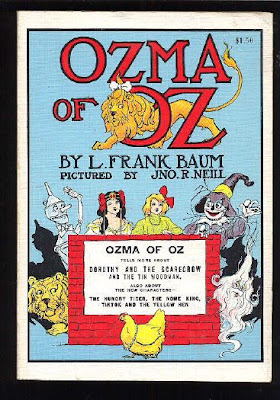 The first actual book I ever read was L. Frank Baum’s “Ozma of Oz.” I was in first grade, and my book-loving third-grade brother wanted to introduce me to the Oz books, which were among his favorites.

I turned up my nose at “The Wizard of Oz” — I’d seen the movie, and so I figured I’d be bored reading the book. The second Oz book, “The Land of Oz,” had a boy as the main character — and I wasn’t so interested in that. So I started with the third Oz book, “Ozma of Oz,” and that started me on a lifetime of loving books.

I read the Nancy Drew books too, and the Bobbsey Twins and Trixie Belden, but my favorite books were any sort of fantasy, or books set in the past. 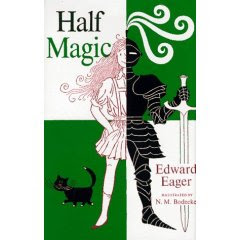 So — what books turned you onto reading as a child? Which ones did you love best? Which authors stirred your imagination, or inspired you, or drew your greatest devotion?

If you’re a writer, which books made you want to start writing?

Cara
Cara King, author of My Lady Gamester, and obsessive reader and buyer of way too many books

22 Responses to Favorite Books from Childhood