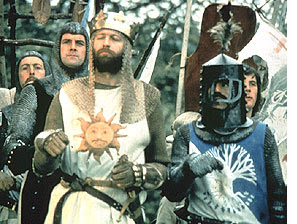 I’m doing research on servants at the moment and wanted to share with you some of the fascinating facts I’ve found. Butlers, for instance, while invariably doddering in fiction, were the COOs of the Regency household, replacing the house steward, except in the households of Dukes with huge tracts o’ land, of whom there are dozens, invariably all hot and single, in our world. (Sorry, I couldn’t find the appropriate image. I hope this will do.) 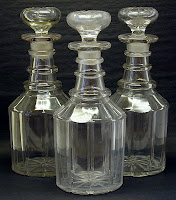 The word butler and bottle have the same derivation. Butlers looked after the wine and wine cellars and were frequently wine experts, as well, if not better informed than their masters. 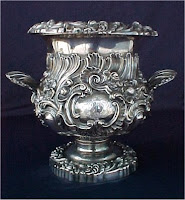 But the butler did more than inspect, gently brush away the cobwebs, filter, and decant.

Take this excerpt from The Complete Servant (1825), written by two career servants, Samuel and Sarah Adams:

To convert White Wine into Red
Put four ounces of turnesole rags into an earthen vessel, and our upon them a pint of boiling water; cover the vessel close, and leave it to cool; strain off the liquor, which will be of a fine deep red inclining to purple. A small portion of this colours a large quantity of wine. This tincture may either be made in brandy, or mixed with it, or else made into a syrup, with sugar, for keeping.
In those countries which do not produce the tingeing grape which affords a blood-red juice, wherewith the wines of France are often stained, in defect of this, the juice of elderberries is used, and sometimes log-wood is used at Oporto.

Turnesole, by the way, is a sort of lichen that’s been used since at least Chaucer’s time as a dye. It must have been a great comfort to know that if you were caught out during the beef course you could always go out and scrape a few rocks. But it also suggests that the sophisticates of the ton were incredibly ignorant about what they drank, and the Adamses are entirely ignorant about how red versus white wine is made.

This surprised me in a “the more you find out the less you know” way. Have you had an experience like this, recently? Or come across something bizarre in your research, or found a fact in a book that is so bizarre you suspect it’s true?

This entry was posted in Uncategorized and tagged butlers, Monty Python, servants, wine. Bookmark the permalink.

15 Responses to What the Butler Did