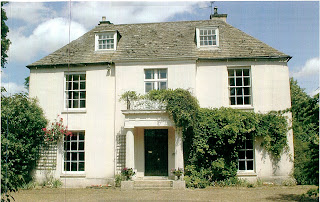 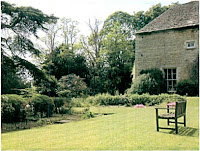 One thing I love to do when on vacation is look at local real estate listings and imagine what it would be like to live in them, to have a whole new life in a new place. (That’s also one reason I like to write–imagining what it would be like to be a different person in a different era!). Sometimes I don’t even have to go out-of-town to play this game.

Since I work in an academic library, I get to see wide variety of magazines and newspapers as they go on the shelf, including lots of publications from Europe. One of my favorites is the very posh-looking Country Life, which has articles about things like carriage-driving, the latest in wellies, gardening, and “Around the Salerooms,” where you can see what’s coming up at Christie’s and Cheffins (this month–the remains of Marie Antoinette’s marble bathtub for 3, 529 pounds, and “The Grosevenor Gold Cup, won in 1774 by Mr. Norcop’s brown colt Intrepid” for 117, 250 pounds. Makes those bits of bathtub look positively cheap. And there’s also a snuffbox from the coronation of George IV, a bargain at 329).

They also have real estate listings, and I spend a long time poring over this feature every month.

After much thought, I think I’ve finally settled on the right abode for me (see the pics). It’s in Cambridgeshire, “a magnificent Grade II listed 18th century family home situated in the heart of the tranquil village of Castor.” There are 8 bedrooms, 5 bathrooms, sitting rooms, drawing rooms, maid’s rooms, a mud room, 1.6 acres of “superb” gardens, plus a coach house and stable block. There is plenty of room for our Risky Regency Retreats. I can just see myself puttering around in the garden, wearing the latest in wellies (pink ones, 50 pounds, proceeds going to the Breast Cancer Haven, page 54). If I could just figure out how to find an extra 950,000 pounds…
What would your dream house be? And who is up for a Regency Retreat in the tranquil village of Castor???

I used to be part of an online community where when something really crazy or appalling happened in the world, we’d joke about getting our own island so we could declare our independence. We discovered privateislandonline.com and would occasionally pick out suitable properties, with a certain amount of arguing over tropical vs. temperate climes.

In real life, I’m more of a city girl. I’d want a nice, medium-large house in my city of choice, with a cottage in the countryside close enough to get away for the weekend. Live here in Seattle and have a weekend place on one of the islands, or, as long as we’re dreaming, live in Edinburgh and have a retreat in the Highlands.

Let’s see if I can make that link more friendly:

How about you buy that beautiful piece of property and I’ll come live with you! My husband can be our butler, if his New York accent and tendency to use colorful language doesn’t make him ineligible for the job. Then we could make him the handyman and computer fixer!

And we can visit Susan on her Scottish island!

A mud room would be a little vestibule or a place where one would remove one’s muddy clothes and boots so that the dirt would not be tracked into the house.

I would love to have a mud room / cloakroom, instead of having the laundry room double as the mud room.

If I had a couple million pounds handy, I would spring for Chapel Row in Berkshire.

Amanda, you would look adorable in pink wellies! I can just see you, putzing in the garden, serving tea. But don’t you want to find something with a ballroom, while you’re dreaming? Don’t want those lessons to go to waste!

Count me in for the Risky Retreat!

“How about you buy that beautiful piece of property and I’ll come live with you! My husband can be our butler, if his New York accent and tendency to use colorful language doesn’t make him ineligible for the job.”

I definitely think we should hire him, Diane! he would be our own version of the eccentric servants you see sometimes in books, LOL.

Susan, love the island! It also looks like something in a book.

Deb, maybe we could add a ballroom! Or is that verboten in historic houses like this?? Hmm, maybe we could renovate the stable block and have huge Regency balls there… 🙂

I’m glad to know I’m not the only one with a “what-if?” house obsession. 🙂 I actually keep a file. It goes back about twenty years. Eeeks.

I’d always thought it was because, so far, I’m a life-long renter. Good to know it’s because I’m a writer!

Imagining other homes and other lives is also a good way to keep in touch with what’s important, and how priorities have changed.

Me, too!!! My parents decided last year they were going to retire to Astoria, OR. Then Mom was watching some British homefinders show and they happened to do an episode set in Ireland . . . now Mom wants to house hunt while she and Dad are there next year for their wedding anniversary.

Can I just say I’m not discouraging this idea? LOL! I love the idea of Christmas in Ireland every year (oh, no, don’t throw me in da brier patch!).

My folks used to keep catalogs of house plans lying around. It’s great when you want to know the exact layout of a house for a story. It’s also fun to think about how the space would be used if you lived there. I know what sort of house I would live in if I won the lottery and could build to suit without worries about prices.

I had an incorrect link in my previous post. Here’s Chapel Row in the Berkshires again.

As far as a Risky Regency Retreat (RRR) goes, you know I’m in, no matter where you decide to go.

Victoria’s Secret once had an estate for sale in their catalog near Bath for $3MM. I would love to own something like St. Catherine’s Court which is the home that Jane Seymour owns near Bath. Barring that, a townhouse in Brooklyn Heights would be wonderful.

My fantasies tend more towards a flat in London than a country house…I’m an urban creature, by habit. But I wouldn’t mind a nice country place for a vacation home!