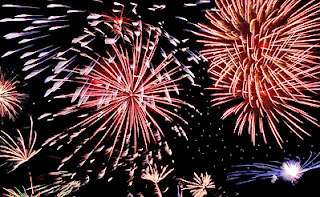 When I realized my blog day was also the 4th, of course I had to think about the Regency connection. Then I remembered reading somewhere that the stress of the American revolution (along with problems with France and liberal opposition at home) contributed to the breakdown of George III’s health and sanity. His final lapse, of course, resulted in Prinny acting as Regent between 1809-1820. 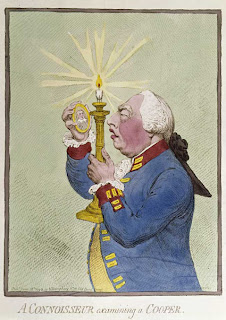 But actually I have to fess up and admit that linking America’s founding fathers’ actions to the Regency (and its romance subgenre) is pretty far-fetched. Though some scholars in the past have made attempts to psychoanalyse George III, most experts now attribute his mental breakdown to porphyria, a hereditary disease which in extreme form can cause insanity. Recent analysis of the king’s hair indicates his condition was worsened by traces of arsenic in the James’ powder with which he was dosed.

Back to Independence Day. I enjoy it but have to confess it isn’t a particularly special holiday for me. My grandparents and parents came from Lithuania, fleeing communist oppression, and they taught me to appreciate what is great about this country. But they never were really hooked in with American holidays and traditions. Also, I have relatives in Lithuania, Italy, Finland, Canada and Australia, so even besides my galloping Anglophilia, I have ties to other countries besides the U.S.A.

I still think of myself as patriotic. I vote, I sometimes write letters to government officials, I volunteer in my community and I’m trying to raise my children to be good citizens. But I don’t have any family tradition of an annual 4th of July barbecue. I don’t mind if other people swathe themselves head to toe in flag images (anything that makes you happy!) but it’s just not me.

My family and I will celebrate in our own way. Last year at the request of my children I made a red, white and blue dessert with vanilla ice cream, raspberries and blueberries. Apparently this is now a “tradition”. Easy enough, I’ll do it again!

After dinner, weather permitting, we might go to the fireworks show at a local park. It won’t hurt us to listen to the 1812 overture again. Good bombastic fun and well-suited for fireworks, after all. Though I wonder how many people listening know it was composed to celebrate Russia’s victory over Napoleon and includes the Marseillaise, the French national anthem?

So how about you? Do you celebrate Independence Day and how? And can anyone explain how the 1812 Overture became a staple for the occasion?

Love, love the 1812 overture, Elena. I have a great recipe for a red-white-blue cheesecake, using basically the same fruits that you have in the picture, except that I use a layer of raspberry or strawberry jelly.

We just have the usual hamburgers and hot dogs. . . and unfortunately, we never actually have to go anywhere to see fireworks because there is always someone in the neighborhood who has some they shouldn’t. . . which is fine I guess if it was at a normal time and not when I want to sleep. Sigh. LOL 🙂

Happy fourth, Elena. Michael and I are spending the first half at our keyboards (typical), after which we’ll have some friends over for a barbecue — it being San Francisco tho, we’re foregoing hamburgers and hotdogs for mahi-mahi on skewers with little organic tomatoes — followed by a Jeeves and Wooster/Fry and Laurie DVD fest — perhaps a bit of an irony on a day when we’re supposed to be celebrating independence from Britain.

But maybe what we’re really celebrating is the independent spirit, in honor of which I posted links on my PamRosenthal.com blog to some stuff I love, including a wonderful YouTube video of an inspiring speech by the awesome Joss Whedon.

We did what every red-blooded American ought to do on July 4. We went shopping and bought stuff on sale.

This year is different for me, in that I’ve been away from the family the last three years for a national teachers’ meeting over the Fourth of July (hotels are cheaper and easier to book that week). I didn’t always mind, since we can have fireworks around here and I would just be the worrisome mom.

Now that the boys are older, I’m okay. They both did some extra work, found a friend who works at a fireworks stand for a discount, and we will again be setting the sky ablaze with our little collection of fireworks. Our neighbors will put on a grand show later tonight, since they spend a small fortune on the fireworks. We’re definitely the poor relations but I did have fun sending a tiny effigy of a nemesis into space on a small rocket-type firework — totally legal and very liberating!

Thanks for the link, Pam! That’s a really great speech. Go Joss!

As for my fourth… I was going into movie withdrawal due to my trip, so I went out and saw a couple movies. I like fireworks and all that, but I’m not attached to them, so we skipped them this time. (The fireworks I like, but the sitting on a blanket, traffic, heat, crowds etc I’m not so crazy about…)

The most fun 4th of July I ever had was when my family lived in England. We were there with the military as part of an exchange post so we lived on a British base. We got on well with the regiment we were with and my parents decided that we were gonna have a 4th of July party and invite the regiment. My mom drove 2 hours to the nearest American base and asked the people at the commisary if she could have their 4th of july decorations. Once they found out why, they were all for it.

So, my mom had the house decorated to the nines with tacky crepe paper American flags and streamers and all kinds of messy American food that you can’t eat with a fork (ribs, chicken wings, hot dogs, watermelon). The Brits absolutely loved it though the irony of celebrating our independance from them was not lost. By the end of the night they were convinced that they should start celebrating it themselves.

Sam, that’s so funny because my husband and I did the same sort of thing when we lived in England. We invited our landlords (a darling couple who lived next door) and a bunch of our new English friends over for a backyard barbecue. The irony was not lost on them either but it was fun. 🙂

Great story, Sam! The best I had was poking around London trying to find yams and cranberry sauce for Thanksgiving. 🙂

Thanks, Keira. 🙂 Now I’m flying off to Kansas City *very* early tomorrow morning for the weekend…sigh…I sort of hate planes at the moment! 🙂

My 4th was spent at my parents’ cookout with hotdogs, ice cream, and chocolate chip cheesecake! Oh, and some sparklers. And waaaay too many mosquitoes.

When I was putting on my dogs’ red-white-blue bandanas before we left our house, I got in a hurry and accidentally put a British flag scarf on my Pug (hey, same colors, and they’re all kept in the same drawer!) 🙂

That’s so funny! Did he proceed to sing the wrong lyrics for “My Country ’tis of Thee?” 🙂