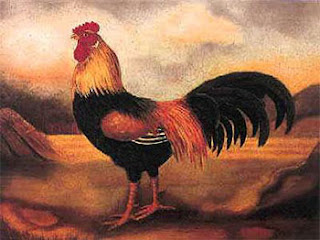 If this post is disjointed, it only reflects my current state of mind! I have just put my oldest child onto the bus to middle school and the other one onto the elementary school bus all alone. Needless to say we are an emotional lot this morning.

Now I’m taking stock of what I achieved this summer in my writing and figuring out where to go from here. Actually, I’m rather pleased. I got more done this summer than in the past.

The big milestone was finishing the second draft of my balloonist story. I think it helped that this year I didn’t set unrealistic expectations for what I’d achieve during the precious hours I had to write the two weeks the kids were in day camp or in the early morning while they were still asleep.

The other thing that helped this summer was my new (to me) Alphasmart. I took it on vacation and continued on the rough draft of the story I started during last November’s National Novel Writing Month. I just downloaded the lot to my regular computer and discovered I’d roughed out almost 10,000 words. Here’s to my Alphie! 🙂

However, the past week or so I’ve had to neglect my muse for post-vacation cleanup, back to school preparation (stuff like taking my new middle schooler in to practice opening her locker and walk the route of her different classes) and the last hurrahs of summer. On Monday we went to the New York State Fair. One of our favorite things there is the Poultry House–who could have imagined there were so many varieties of ducks, bunnies, chickens, etc…? It’s smelly and noisy but a feast for the eyes. I even saw some Old English Game hens and cocks: descendants of what may be one of the earliest English breeds of chicken, developed for fighting but now generally raised by fanciers. Handsome birds, aren’t they? Anyway, I am telling myself the outing counts as research…

So Riskies and friends, whatever your occupation, how do you stay productive during the summer? Or do you just give it up at some point? And then how do you get back into the swing of things?

Also, for the writers among you, there’s a contest running right now at
Writer Unboxed, the prize being a full set of Writer’s Market guides worth over $150.00. All you have to do to enter is create your own word. An example of one entry they’ve received so far: “Altugooglious (adjective): Ranking high, primarily the top ranking, on a Google search results page.”

Elena, hoping the Riskies will continue to grow in altugoogliosity
www.elenagreene.com

My productivity since April or so has tanked due to health issues and kid at home. The only solution I can think of that I didn’t do this summer was to do weekly day camps and more play dates (where parents take turns looking after the children).

Those day camps can be great, depending on what’s available in your area. My kids love the science camps at the Kopernik Observatory and some of the artsy classes at a local children’s museum. And my muse and I do need the occasional break!

Anyway, I hope you get back to health and writing soon, Keira.

Our state fair is coming up next week, and I also love the poultry house! (Though here they also have goats and rabbits). It’s kind of strange, considering what a “city girl” I am, but I love to dream of having a cute country cottage where I can raise chickens. 🙂

Congrats on the finishing the second draft!!!

I had a pleasant, productive summer, myself, but now it’s over! Unlike many of you, who wait for the school year to have children off your hands, the arrival of the school year means that other people’s children are on my hands. But it pays the bills, I suppose…

LOL, Amanda! Why is it that I can just picture you dressed up like Marie Antoinette surrounded by cute little chickens, servants waiting nearby to clean up after them?

Todd, I would go crazy if summer lasted 9 month! I love my kids I really do but sometimes I just want to be ALONE.

“Why is it that I can just picture you dressed up like Marie Antoinette surrounded by cute little chickens, servants waiting nearby to clean up after them?”

LOL! That would be perfect–other people to clean up the smelly messes, while I feed them in my shepherdess costume. 🙂