We’ve got lots and lots of winners….

I have the great pleasure of announcing the winners for our Risky Regencies Second Anniversary celebration. And there are a lot of ’em.

Our Weekly Winners are:

Kim, you win Diane’s hardback/bookclub version of The Marriage Bargain, A Reputable Rake (a rake, not a book) and a hand-embroidered handkerchief for your sniffles.

Lois, this is such poetic justice! It is too funny that you will have to make a DECISION on which prize you want from Cara:

PRIZE A: A new, never-read, still-in-its-shrinkwrap softbound copy of A PASSION FOR PERFORMANCE: SARAH SIDDONS AND HER PORTRAITISTS published by the J. Paul Getty Museum.

Haven, you have another choice. Either Elena’s most recent release, LADY DEARING’S MASQUERADE (Romantic Times Top Pick and Best Regency Romance for 2005) or HIS BLUSHING BRIDE, an early anthology Elena participated in, along with authors Alice Holden and Regina Scott (also a Romantic Times Top Pick).

(not me, Diane, but diane diane, who commented on Janet’s blog)

diane, you don’t have to decide. You get to win both a signed copy of Janet’s Dedication and The Rules of Gentility. 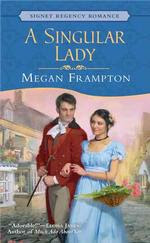 Andrea, your prize is a copy of Megan’s book, A Singular Lady, and a DVD of The Lady And The Highwayman, a Barbara Cartland adaptation starring Hugh Grant, and one of the worst movies Megan has ever seen. It is kind of her to dump…er…donate this DVD to you. And…Megan hints at something else she will include in your prize package. 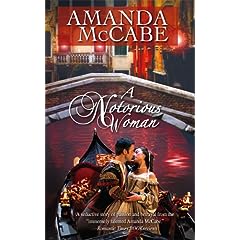 doglady, you win Amanda’s prize, an autographed copy of her August book A Notorious Woman (look for its sequel in April ’08, to find out what happens to Nicolai), plus a fancy beaded bookmark from Ganz (Trust her, it’s pretty)

That’s it for the weekday prizes. Congratulations, ladies!

Congratulations, Kim! You have won our Grand Prize, a $25 Amazon Gift Certificate.

Our heartfelt Risky thanks to all of you who participated in our week-long Anniversary party. We are the real winners to have readers like all of you. Thank you all for making this the best Risky Regencies week ever!

Winners, send an email to riskies@yahoo.com to tell us where to mail your prizes. Include your real name and any other details we may have requested, like which prize you picked or how you want the books signed.

All our winners were picked entirely at random, just like Bertie told us to do. To see more of Bertie, stop by Risky Regencies often. You never know when he’ll show up.

Congrats to the winners! 🙂

Congrats to all of the winners, including me!! I am SO excited!!

Thanks so much!! Yay! Congrats to the other winners!

Yay! Thank you so much and thanks for all the thought provoking posts you all have made throughout the year. It’s one place that I can always find interesting tidbits and learn something new.

How exciting, but do you really know how hard it is to pick ONE? Elena this is cruel and unusual punishment for something, I just don’t know what haha.

Congrats, everyone! And thank you to all of our visitors — we couldn’t have done it without you!

Ooh, thank you!!! And here’s to another many years at RR to come! 🙂

Lois wrote, “And here’s to another many years at RR to come!”

Hurrah for many more risky years!!

How cool are you guys! And to have won such fabulous prizes! I am insanely jealous but send heartfelt congratulations!!!

I have to agree with KimW! I always learn the most fascinating things here – all tucked away for future reference, of course!! Hail Risky Regencies! Long life and much laughter!

I can’t wait to read Claudia Dain’s book! Thanks so much!

Congratulations to all the winners! Which don’t include me! Oh, right, I wasn’t even eligible! But that’s OK! Really!