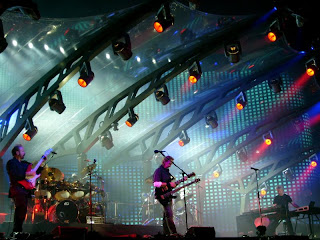 On Saturday, I saw the final concert in what is possibly the final tour ever for the rock band Genesis. Fantastic concert, fabulous band, great experience.

So how, you ask, does a Genesis concert relate to the Regency? In, oh, so many ways! Here are just a handful:

1. The founding members of Genesis all met while students at Charterhouse School, which Wikipedia explains is “one of the original nine English public schools as defined by the Public Schools Act 1868.” (The other eight are Eton, Harrow, Rugby, Westminster, Winchester, St Paul’s, Merchant Taylors’, and Shrewsbury.)

2. If Gerard Butler exemplifies how an insanely muscular Regency man might look under his clothes, then surely Genesis are a great example of what a Regency progressive rock band would sound like???

3. Casual radio listeners probably associate Genesis with their hits from the late 1970’s through early 1990’s, songs like “Invisible Touch” and “I Can’t Dance,” which were often accompanied by lighthearted videos.

But many of their fans are more interested in their earlier albums, both those with their first lead singer, Peter Gabriel, and also the first few with their second lead singer, Phil Collins. (Phil, by the way, did not go to Charterhouse; he was a child actor who once played the Artful Dodger in a London production of the musical “Oliver!”) 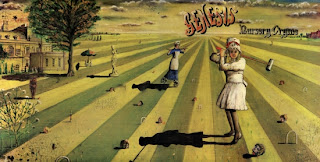 Songs on these earlier albums were rife with the sort of allusions that might occur to a well-educated public school boy: references to classical mythology (Narcissus, Tiresias, Salmacis, Lamia), Lilith, Arthurian legend, the Book of Revelation, Marlowe, Shakespeare, John Bunyan, Keats, Wordsworth, and Wuthering Heights, to name a few.

Of these, it was the classical allusions that have always struck me most. I think 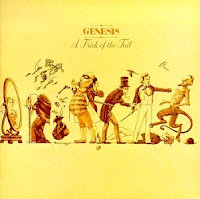 it’s far too easy, as writers, to have our Regency gentleman running around talking about Shakespeare and Johnson and Fielding and Sheridan and Austen and Burney and Byron — folks who come to our minds when we think of either England or, more specifically, the English Regency. But I try to remind myself that our Regency gentlemen had educations that focused on the classical world, not on England. They probably went around talking about Hector and Neptune and Cicero much more than we give them credit for.

So, you see, Genesis have helped me write better Regencies. đź™‚

And don’t forget our next meeting of the Jane Austen Movie Club, on November 6. (Always the first Tuesday of the month.) We’ll be discussing the 1996 BBC/A&E adaptation of PRIDE AND PREJUDICE, a.k.a. the Colin Firth and Jennifer Ehle version!

Cara
Cara King, who never saw a lamb lie down on Broadway

21 Responses to Do Rock Concerts Count as Research?