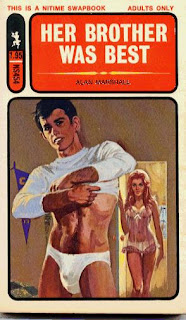 I am closing in on the first draft of my Regency-set historical (65,000+ words, Amanda, for next time you crack that Hello Kitty whip and ask how it’s going!), and find that my hero and heroine are having a lot more sexual encounters than I’d originally anticipated. 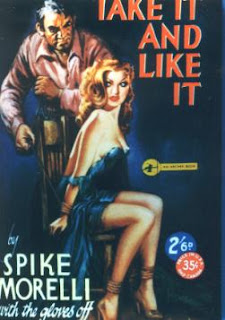 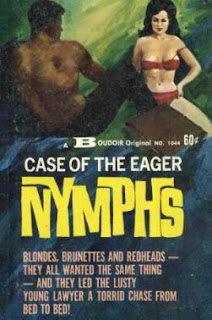 I would argue, of course, that labeling books is silly; I liked Elena‘s suggestion awhile back of rating the hotness factor, the way All About Romance does, and leaving the categories alone. 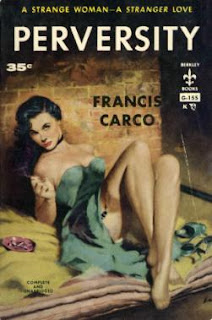 I don’t read erotica, just because I liked my books to not only have a plot but an emotional connection between the hero and the heroine. I also loved Passion, and I was so sorry to read that the reaction to the book gave Lisa Valdez a serious case of writer’s block. And I also loved Jane and Colette’s books because while they pushed the envelope, it all came out of the story, it wasn’t gratuitous. And the idea of rating books is ridiculous. Isn’t that what RT and other reviewers do? In Jane’s case, I believe that the publisher’s are totally at fault for misleading the readers about what kind of book they are buying, whereas with Colette and Pam, it’s pretty clear.

I also think that writer’s need to only do what they are comfortable with. If your WIP is sexier than your previous stuff, it’s probably coming out of the story and the characters, rather than anything that you are doing. I think readers can sense when a writer is just writing to the market and not what he or she really wants to write.

I agree one hundred percent Elizabeth. Those of us who love and read historical romance are pretty savvy people. We are able to discern plot-driven sensuality from just plain old “let me put this in to sell a book” sex. I read for the story, the romance. Anything that grows organically from the story-line and is well-written works for me.

I’m one of the people who is reading less and less historical romance because I like the history more than the sex, except in the cases of authors like Laura Kinsale or Balogh who integrate the sex into the emotions driving the story.

Beyond that, I run into the issue that one person’s “hot” is another person’s “Ick.”

And then there are those authors whose “hot” sex scenes make me say, “Poor lady. Her husband really needs some remedial education if that’s her idea of good sex.”

I can remember when Mary Balogh’s sex scenes in Signets were shockers, but boy did those books work! Now they look pretty tame. But Balogh’s real gift is for working the reader’s emotions up to fever pitch. Authors who can do what she does will always beat out those who string sexual encounters together without giving you anything else to make you care. If you want to read dirty for dirty’s sake, take off your search controls and do some obvious searches on Google. It’s free.

And please keep writing some historicals with good research, great characters, conflicts appropriate to the time period and sex that could actually have happened in those time periods!

I do enjoy books like Janet’s, where the sex is integral to the character development and the plot. I love the complexity of that sort of thing! Books that are just one sex scene after another–now they’re doing it in the elevator! now outdoors! now upside down on a trapeze!–tend to bore me. I find myself skimming while thinking “Did I put laundry detergent on the shopping list?” That can’t be a good sign. 🙂

BTW, a Hello Kitty whip–I’ve gotta get one of those for real 🙂

And sure, if that’s what you’re looking for, that’s great too, but I imagine most of us here posting and reading are looking for something else. So yep, there can be such a thing as too much sex. Amazingly enough. 🙂

This discussion usually winds up in pretty much the same place, probably because story is the ultimate seduction.

But whereas I agree with the conclusions, my own trajectory through these genres and markets has been very different. I started by writing very literate and very graphic pornography: Carrie’s Story and Safe Word (w/a Molly Weatherfield) are more intellectual, more deeply psychologized, and (in the case of Safe Word) more sophisticatedly plotted than my erotic historical romances. I made them literate because I’m very literate, and if I was going to explore my own outre fantasy life and passion for certain classic pornographic texts, it would have to be in a literate way — I wrote the pornography I wanted to read, precariously (and to me thrillingly) perched on the edge of the body/mind divide and discovering how romantic I found all of that.

The romances came second — fueled by what I found out about my romantic imagination by writing the pornography.

I personally have no problem with strong sexual content in a book – historical or not. What I do have a problem with is badly written sex scenes and/or action that is inconsistent with the characters in the story. I read anything and everything from sweet romance with very little sexual content to straight erotica – my one criterion is that it must be well-written.

Oh and Pam – I loved Almost A Gentleman. After I read that, I ordered Carrie’s Story. That book blew me away and I bought Safe Word not to read more erotica but to find out what happened between Carrie and Jonathan – I just had to know.

It is still not my first choice to read, though, not my fantasy. And I do feel sorry for the reader of yesteryear who enjoyed Traditional Regencies that were not overtly sexual.

Anonymous, I love Mary Balogh’s books. She’s my idol! I can assure you that the writers on Risky Regencies consider the history very important and we aspire to make our love scenes very integral to the story so that readers don’t flip the pages to see what happens next. Can’t tell you how many times I’ve done that!

Megan, just when i think you could not find another old bookcover that would surprise me……(My Brother was Better?????)

Diane, I bought a CD of all those book covers here:
http://www.bookscans.com/

So it’s kind of cheating, because those came from the “sleaze” section. I do love those pulp covers.

“I think readers can sense when a writer is just writing to the market and not what he or she really wants to write” I agree with that statement!

Tumperkin, thanks for the nice words. Safe Word is my favorite thing of anything I’ve ever written, tho it’s sold the fewest copies.

“You Can Never Be Too Rich, Too Thin or Too Sexy” … or have too many books, shoes or chocolates. I love the covers you’ve posted.

How much sex is too much in a historical romance? depends on if it essential to the plot

Do you read erotica as well as historical romance? YES

Would you want your books labeled for their hotness factor? no, basically because who would decide on the labeling? Wouldn’t everyone’s opionions vary?

I just read Sarah McCarty’s historical erotica book CAINE’S RECKONING. I thought it was fantastic. I knew from the start that there would be erotica and that was what I expected. But, there was an actual plot and storyline that went along with it.

Just my opinions as an avid reader.

I’m like anonymous–I like the history more than the sex, unless it’s a wonderful book that uses the sex to show character growth (like Kinsale, Rosenthal or Ivory). These days, anything reeking of being based around sex is immediately placed back on the shelves because it’s not what I want to read a romance for.

BTW, I read Carrie’s Story and really liked it, too–and Tumperkin, you reminded me about Safe Word, which I haven’t bought yet.

That reminds me of a conversation I had with an editor at RWA National 2 or 3 years ago, Camilla, just before all the romance publishers announced their erotica lines. I asked her what her company’s take on erotica was. She proudly replied, “twice as much sex as Almost a Gentleman.” And when I asked, “Well… yes… and..??” she seemed genuinely surprised I didn’t think her answer covered all the bases.

Probably not a lot — so if they’re not expanding into new markets, they’re only taking away from the existing romance market. Anybody know any sales number to prove or disprove that contention?

And Megan, glad you enjoyed Carrie.

Coming in late to the discussion with little to add except that I agree that sex alone when not closely intertwined with the character development and plot makes me laugh at first and then get bored.

All we can do is keep writing the best stories we can. What a platitude. Gah. But true.