Wandering the internet looking for a topic for today, I came upon the fact that in 2005, November 19 was designated “World Toilet Day” because of a big conference being held that day on sanitation standards. Last week my husband actually halted his channel surfing to watch a show on the history of toilets (I think on Modern Marvels, History Channel, but I’m not sure) so it seemed the Universe was telling me to talk about toilets.

We probably don’t stop and think about toilets much, about how the development of this ceramic seat and the plumbing system associated with it has contributed more to the eradication of disease than perhaps any other medical discovery. To learn everything you ever wanted to know about this topic go to theplumber.com, which has a dizzying array of articles about the toilet and its place in history.

There are ancient examples of toilets and efforts at sanitation, but one notable inventor, Sir John Harrington, godson to Queen Elizabeth I, invented a flush toilet in 1596. Even though the Queen used it, the invention did not catch on. An improved flush toilet was patented in 1775 and another version in 1778. Wikepedia says that water closets using this type of toilet were widely used in London by 1815, which surprised me because I thought “our” time period was one that used chamber pots. Almost all the toilet sites–websites–I visited today said that the contents of chamber pots were simply tossed out into the streets. London did not build a sewer system until 1853.

The lack of sanitation as we know it greatly contributed to disease and it took a long time for man to figure out the connection between the two. The Black Plague was caused by flea bites spread by lice that lived on rats and rats, of course, fed on garbage and waste. Napoleon lost thousands of his men to typhus in his Russian campaign. Typhoid fever was the cause of Prince Albert’s death and almost caused the death of his son Edward years later. A cholera epidemic killed thousands in India in 1817. By 1827 it had spread throughout the world. In a London cholera epidemic of 1854, Dr. John Snow charted the course of the disease and discovered that the contaminated water was to blame. 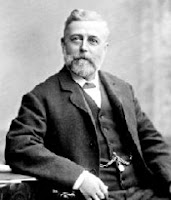 Thomas Crapper, whose name says it all, did not invent the flushing toilet, by the way. He owned a plumbing business that supplied toilets to royalty in the 1860s and he put his name on his product. The company is still in business today.

Some of the most beautiful toilets ever made had to be Victorian ones. Here is a lovely example.

Finally, does anyone find the following hilarious?

The Thesaurus of the Victorian Water Closet (1837-1901) was developed to index the Stooly Collection bequeathed, in 1998, to the Victorian Library of the British National Heritage Trust.

If you want the whole poop on Risky Regencies, sign up for our newsletter now at riskies@yahoo.com

Thanks for the info, Diane, I have to admit to being skeeved out about our h/hs with the whole chamber pot thing. Glad to hear they might’ve had access to an alternative.

I know I was surprised at the period WC at Sir John Soanes’ house.

But I am extremely grateful for Mr. Crapper and his cohorts–we are smack dab in the midst of a bathroom renovation, and I actually told my complaining kids–“Be glad you don’t have to use a chamber pot!”

Even though there was no sewer system, wealthy people used toilets in the late 1700s and early 1800s which fed into cess pits which were periodically cleaned out.

Since that’s what us country folk do even now, it makes sense. Rural toilets flush into concrete pits buried beneath our yards and every three years we have hire someone to cart away the solids.

The biggest problem with the early toilets is that they didn’t have the water-containing bend that keeps sewer gas from coming up from the cess pit. Once that bend was invented, toilets became much more popular.

You just never know what you are going to learn from the Riskies, do you? Actually this info is very cool. Thanks, Diane! I know I have read Regency set books where a trip to the WC is mentioned. Of course growing up in the South I have actually had to use a “chamber pot,” known here by the inelegant term “slop jar.” My Mawmaw’s house did not have an indoor toilet until I was about 10 (1968.)A trip to the outhouse at night was always an adventure involving a flashlight and several cousins to look out for snakes.

I’m very very thankful for the invention of flushable toilets and toilet paper. I cannot imagine chamber pots or the medieval garderobes. This is why I can never imagine myself time traveling to any of these “romantic” times.

I have used outhouses during visits to villages where it was basically a hole in the floor with a huge saucepan/pot a ways down. Let’s just say, I prefer what I have in my house way more.

I don’t even like using porta-potties! So I’m very grateful to Mr. Crapper and his cohorts, even if the poor guy might not like the modern connotations attached to his name 🙂

Oh, and thanks for reminding me I need to clean the bathroom when I get home. 🙂

I’m with Amanda. I hate porta-potties too. And I’ve used an outhouse only once while on a camping trip and I was so skeeved out I think I held it until we got back to my sleepover camp. Good to know that some enlightened Regency houses might have a WC. Perhaps a hero who is enthralled with the advances of modern science. Or a heroine (thinking of Ada Lovelace).

Yes, as anonymous says, in London and Bath et al in the Regency, they didn’t throw slops out into the street — at least, not in “nice” areas. Nice homes had cesspits, and the contents were carried away at intervals by “night men” (also known as “night soil men.”)

In 1775, the first patent for a valve closet was taken out — and it’s the valve closet, with a water-filled pipe bend, that made indoor flushing toilets much less offensive.

Thanks to Anonymous and Cara for filling in more details about toilets. Being a night soil man must have been one on history’s worst jobs ever!

Hi Deb! You know, your boys would probably be happy to go anywhere.

Doglady, I once went camping with Girl Scouts and one of the WCs had a nice long sleeping snake in it.

From my childhood (think of the trauma, Elizabeth) it was always the insects that buzzed around the primitive toilets that I hated even more than the smell.

Keira, I remember the Ladies Room at the Venice (Italy) train station that had just a hole in the floor. Boy, was I glad I wore a skirt!

Megan, I wonder what I would have written had I known it was also “Have a Bad Day” day.

Amanda and Deb, do you remember that I used the men’s room in the George Inn in London? I like to use men’s rooms whenever it is safe to do so. Usually at functions that are 99.9 percent female.

I had forgotten that, Diane. Did you see the ghost?

That would scare the you know what out of me!

Of course, for the night-soil men to do their work one had to call (and, presumably, pay) them. A couple of months ago I read a passage in Pepys’s diary for 1660: …Going down into my cellar to look I stepped into a great heap of—-by which I found that Mr. Turner’s house of office is full and comes into my cellar…

Another reason not to live in the good old days! 🙂

That was very enlightening! What a brilliant move for Mr. Crapper to put his name on his products!

NOBODY commented on the Stooly collection!
I thought that was hilarious.

Santa, If you read all the history articles on theplumber.com and other sites google brings up, you will discover more than you ever wanted to know about Thomas Crapper!

Night soil man? That’s probably the only lousy job I didn’t work in my youth! Although I did shovel horse manure out of riding stalls in college 🙂

NOBODY commented on the Stooly collection! I thought that was hilarious.

I was laughing on the inside. Or maybe groaning. That’s the problem with doing it on the inside, it’s hard to hear properly.