Hello, everyone! Amanda here, sitting in for Megan on this cold, gray Friday. Most of you out there are probably contemplating shopping or baking or decorating, but the next few days hold a variety of interesting anniversaries in History Land (which seems to be where I live most of the time!). Since I’m tired of shopping and baking et al, I thought I’d just share a few…

December 8th is both the birthday of Mary Queen of Scots and the anniversary of the premiere of Beethoven’s Symphony #7 (the birthday of Beethoven is also coming up on December 16–I’m sure everyone has their treble clef-shaped cakes ordered!).

Mary Stuart was born at Linlithgow Palace in 1542 to James V of Scotland and Marie of Guise. Her father, who was very ill, heard of the birth and declared “The devil go with it! It came with a lass, it will pass with a lass” (just as with Elizabeth I and her Hatfield oak tree, I’m not sure this is true, but it sounds good all the same. Very dramatic). Mary became queen when she was 6 days old, though of course she didn’t exactly rule for some time–the Earl of Arran and then her mother served as regents.

When she was 6 months old, the Treaties of Greenwich were signed, promising Mary would be married to Henry VIII’s son Edward, but Marie of Guise was strongly opposed to this plan (being French and all) and hid with the baby at Stirling Castle, where plans were made for Mary’s coronation. This took place at the Stirling chapel in September, when she was 9 months old. She was dressed in heavy, miniature crimson velvet robes trimmed with ermine and a jeweled satin gown. She could sit up but not yet walk, and thus was carried to the throne and held there by Lord Livingston. A cardinal put the Coronation Oath to her, to which I presume she replied “Goo gah” and anointed her with holy oil, when she began to cry and fuss. Then, wearing the crown balanced on her tiny head, she accepted the oaths of fealty from various earls and prelates. After years of warfare with the English, she was sent at the age of 5 to France, where she spent more than 13 years.

To skip ahead a few hundred years, in 1811 Beethoven was going through a hard time. His music was popular, but his health was not so good, so he went to the spa city of Teplitz for a break. There he met the writer Goethe, and was inspired to start work on his Seventh Symphony. He conducted the premier in 1813 at a Vienna concert to benefit Austrian and Bavarian soldiers wounded at the Battle of Hanau (on a side note, this concert also was the premier of a short piece titled “Wellington’s Victory,” which I believe is rarely performed now). Beethoven himself called the 7th his “most excellent symphony” (and I doubt he was ironically quoting Bill and Ted…), and one music critic declared it “the richest melodically and the most pleasing and comprehensible of all Beethoven’s symphonies.” On the other hand, Carl Maria Von Weber found in it evidence that Beethoven was “now quite ripe for the madhouse”, and Friedrich Wieck, father of Clara Wieck Schumann, said it could only have been written by someone seriously intoxicated. 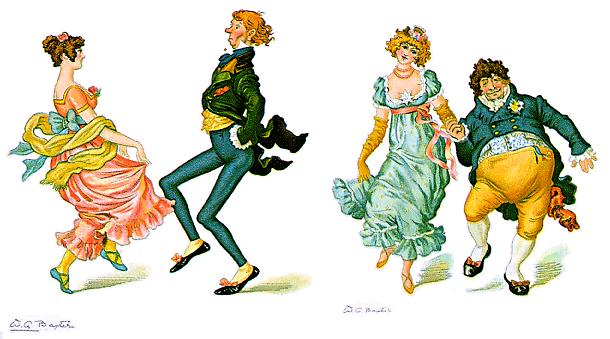 In later years, the symphony found a fan in Wagner, who said the music was “the apotheosis of the dance…if anyone plays the Seventh, tables and benches, cans and cups, the grandmother, the blind and the lame, aye, the children of the cradle fall to dancing.” It’s said Wagner himself once danced to the Symphony, played by his father-in-law Liszt at the piano. That is something I would have paid good money to see. And December 10 is the birthday of Emily Dickinson, born in her family’s home in Amherst, Massachusetts, where she lived almost all her life (and which is now the Emily Dickinson Museum). At last count, she wrote some 1,789 poems, though in her own lifetime they were not widely known at all, except perhaps by her dog Carlo and he wasn’t talking. Despite, or maybe because of, her eccentric style and sometimes strange metaphors (I still can’t figure out that “hope is the thing with feathers” thing!) she is one of my favorite poets (along with Yeats, Keats, and Wallace Stevens, among many others).

Happy Birthday, Mary and Emily, and Happy Symphony Day, Beethoven! Who are some of your favorite poets and musicians (and monarchs, too)? And what would you celebrate today?

Amanda, the birthday of Madame Tussaud falls sometime around the beginning of December–first or the sixth (there seemed to be some vagueness about it). I almost blogged about it yesterday but what I found out about her was quite gruesome. She discovered her, uh, art, during the French Revolution making copies of decapitated heads.

Dec. 16 is also the birthday of composer Zoltan Kodaly.

It is, of course, Pearl Harbor day, “a day that will live in infamy.” Like the day Kennedy was assassinated and 9/11, Americans who were alive on that day remember exactly where they were when they heard the news of Pearl Harbor. (I was not alive yet, I assure you…but I do remember Kennedy’s assassination)

As to favorite poets and musicians… The ones I get the most enjoyment out of would include:

For poetry, Shakespeare, Blake, and Coleridge…

And for music, Grieg, Liszt, Beethoven, and Handel.

(I guess my tastes here tend toward the romantic!)

And December 16th is also the birthday of Noel Coward and one Jane Austen, who wrote a few books or something.

That reminds me! 🙂 Everyone be sure and join us starting Monday for our weeklong celebration of The Jane’s birthday!

As a matter of fact I WILL be having cake on the 16th in honor of my buddy Ludwig! I am off that day so I will celebrate AND annoy my neighbors (or at least their cows) by playing all nine symphonies back to back with the windows open and the stereo volume way up!

For poetry it would have to be my boy, George, as in Lord Byron.

Other composers I am partial to are Mozart, Handel, Bach, Shostakovich, Wagner (to listen to NOT to sing!) and Strauss (to sing AND to dance to.)

I remember Kennedy’s assassination as well, O Divine One. It is strange the things you remember. My mother was ironing clothes and she had this coke bottle with this corked sprinkler on it to sprinkle the clothes with water before she ironed. (No children, we did not ALWAYS have steam irons!) I just remember she was watching television and she dropped that bottle on the floor.

It is clear that December is a popular month to be born.

I’m afraid I don’t remember the Kennedy assassination! But there have been a few similarly memorable events in more recent years…notably, for me, the Challenger disaster and (of course) September 11, 2001. Strange how the most memorable events are always tragedies.

My tastes are eclectic, so it’s hard for me to pick out Favorite Poets and such things. Shakespeare, obviously. For others…I’m quite fond of Elizabeth Barrett Browning, John Donne, Walt Whitman, and John Milton. And I’ve enjoyed reading Pablo Neruda, but only in translation. I’m a big fan of Beethoven and Mozart and JS Bach, but I also like Chopin very much. A bit after the Regency era, though, I’m afraid…

I like my poets Romantic and musicians Baroque with a side of Classical thrown in.

Not a December birthday, but a date to remember, Ammanda. November 1 is Hello Kitty’s birthday. While she’s from the ‘burbs of London, she loves apple pie.

Star Trek The Motion Picture was released in 79. 🙂