Janet reads too much, again

I’m a steady reader since I have a commute by metro to work and also need to read before I can fall asleep at night, so it was hard to pick only a few books I enjoyed this year. I blogged on Mary Shelley’s birthday about Passion by Jude Morgan, and I can’t wait to read his next one, Symphony, about the love affair between Berlioz and Harriet Smithson (hint to nearest and dearest–it’s on my Amazon wishlist). I also loved The Lost Memoirs of Jane Austen by Syrie James whom the Riskies interviewed earlier this month.

OK, first, let’s get the literary crack out of the way. Read this hilarious spoof by the Smart Bitches and you’ll know what I mean–I find JR Ward’s Black Dagger Brotherhood series immensely entertaining, embarrassingly addictive, and I just about still respect myself in the morning. I can give them up any time I wahnt (a joke, not a typo). Same with Anne Stuart’s Ice books, where–what’s not to love–phenomenally good looking male operatives are trained to be so good at sex that they can make women do anything. And they do. Terrific escapist fun, both series.

My friend Robin L. Rotham published her first book Alien Overnight this year–it’s funny, sexy, and very well-written and has a hilariously over the top cover. Carry a big stick, har har. How’s this for a killer opening sentence: “Notice the slight emergence of the male’s accessory sexual organ, or what the Garathani refer to as a breeding spur.”

Well, what can I say. I’m in love with another species myself. I pooh-poohed the idea of dragons in the Napoleonic wars when Megan blogged about them last year, but I read all four of Naomi Novik’s fabulous Temeraire books in less than two weeks. I take it all back. These are a brilliant blend of fact with fantasy, and I’m absolutely in love with both Temeraire the dragon (whose neck fringes are infinitely better than Gerard Butler’s and everything is much much bigger) and the wonderful, gentlemanly Captain Laurence.

I also enjoyed new books by two favorites–Making Money by Terry Pratchett (check out the macroeconomic model in the basement of the bank) and Jasper Fforde’s Thursday Next–First Among Sequels. If you don’t know these two writers you’re in for a treat; Pratchett writes (sort of) satirical sci-fi; Fforde writes about an investigator for the Department of Jurisfiction in an alternative literary England. I’d suggest trying to read them in order, although Pratchett has a huge amount of books in print.

I was also thrilled that Jennifer Crusie and Bob Meyer’s second collaboration, Agnes and the Hitman, was right on the money; great, funny stuff, although I still can’t get used to the idea of Jennifer Crusie writing about the mafia. Maybe Bob wrote those bits. You really can’t tell, with such a seamless collaboration.

I discovered a new author, Fiona Neill, whose book Slummy Mummy is about that most hideous phenomenon, London yuppies in reproductive mode. As well as the obvious jokes involving high-powered women putting their formidable talents into child-rearing, this book had a lot of heart and wisdom. I recommend it highly. 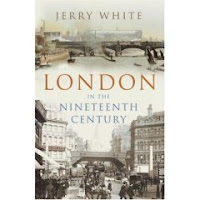 I finally got around to a 2006 release, Mozart’s Women, about the women he loved and the music he wrote for them, and I desperately want the gown Nannerle his sister is wearing on the cover. Also in nonfiction, London in the Nineteenth Century by Jerry White, which was excellent, although disappointing in only very brief mentions of servants and the black population. I don’t think it’s available yet in the US.

And finally, The Elements of Internet Style for anyone who’s interested in literacy, books, the web, and where everything online and in print seems to be going. It’s entertaining and smart, and I wrote a section of it.

Have you read any of these? What’s on your wishlist?

All contests all the time. Check out what Pam Rosenthal is giving away in her contest; read an alternate ending to The Rules of Gentility and enter to win a prize at janetmullany.com.

A lot of your favorites are mine, as well. I haven’t read all the Temeraire, though! And I still have Jude Morgan’s books on MY Amazon wishlist, based on your past rec.

I definitely second the recs on Mozart’s Women, the Temeraire books, and Thursday Next (plus its prequel, The Eyre Affair)! But I think I might be the only person in the world who doesn’t care for the Ward books…

Your reading is impressive, Janet. I always feel like slinking under a rug when comparing myself to the other Riskies who manage to get so much reading done!

Bet I win the prize for buying the most research books, though. London in the Nineteenth Century looks like it has a late January 2008 release date!…..and I have an amazon gift certificate!

I forgot to say how cool it is that you wrote part of The Elements of Internet Style! I went to amazon to see what part you wrote, but they didn’t tell me. Maybe you can tell us later?

Of the books you listed, I’ve only read JR Ward’s (yeah, I’m totally addicted, too). Sounds like I need to be checking out Anne Stuart!

It’s a losing battle — I try to read everything Janet recommends, because they’re always terrific, but she’s way too fast for me — I’m still reading her recommendations from years back. This year I did read Passion, but that’s because Janet gave me her copy at RWA National, probably because she was impatient that I wasn’t keeping up. I wasn’t sure I wanted to schlep such a big, heavy book on the plane, but it turned out to be one of my year’s favorites too.

And since I’ve known her she’s been raving about Charlotte Bronte’s Villette, which I just got to recently, and which I’d say is one of the most extraordinary novels in English… Mrs. Gaskell’s Wives and Daughters is another astonishment. And Kate Ross’s Julien Kestrel Regency detective series…

This year I definitely will get to Lark Rise to Candleford, as well as a few from the list she just posted.

I’ll have to add “Mozart’s Women ” to my to be read list.

I’ve read all the Temeraire books, and the cliffhanger ending on Book 4 still has me shaking my fist and saying, “Curse you, Naomi Novik!” at regular intervals.

I haven’t read “Ice Storm” yet, but I’ve read the first three in the series. My favorite so far is “Cold as Ice.” I know that “Ice Storm” features the leader of the group, Isobel. I haven’t read JR Ward either, but she is definitely on my tbr list. I have read Ward’s previous romances she wrote under the name Jessica Bird.

Jane, I found Ice Storm rather disconcerting, having decided that Isobel was in fact Judi Dench as M (and I rather think Stuart had decided this too and then changed her mind). I thought the other two were better.
Susan, I thought the ending to Temeraire was so audacious–and I’m not saying anything more about it!
Read Villette, everyone–you’ll like it better than Jane Eyre, honest.

Not a one, Janet; I’ve not read a single book from the highlights of your year. Time to modify my books-to-be-bought list.

Janet: A huge congratulations on having written ELEMENTS.