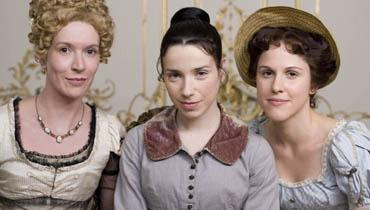 Today we’re discussing the newest adaptation of Persuasion, which aired in the US this past Sunday on PBS, and in the UK last year.

First, here’s some Knowledge to Impress your Friends With: contrary to what some people assume, this Persuasion is not a BBC production. The upcoming new Sense and Sensibility is BBC, but the other three new adaptations (Persuasion, Northanger Abbey, and Mansfield Park) are ITV. 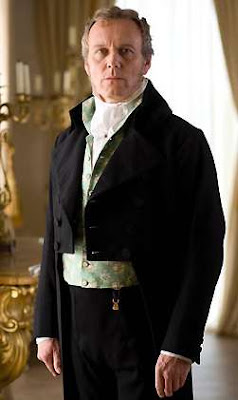 Or actually, to be quite correct: this Persuasion was produced by Clerkenwell Films and WGBH, and distributed by ITV and PBS. đź™‚

Now that that sticky mess is out of the way, please turn off your cell phones and pagers, place your tray tables in their upright position, and tell us what you thought of the new Persuasion!

(By the way, here’s an interview with Sally Hawkins, the new Anne Elliot. A rather ordinary interview, in my opinion, but see what you think.)

To aid discussion, here’s a cast list and some of the other major credits. As I love noticing folks who’ve worked on other historical adaptations, I’ve put some “you’ve seen him in this” tidbits in purple. 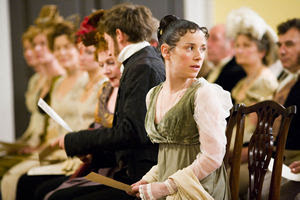 Burke’s screenwriting credits include the 1997 miniseries of Tom Jones and some of the Cadfael series. 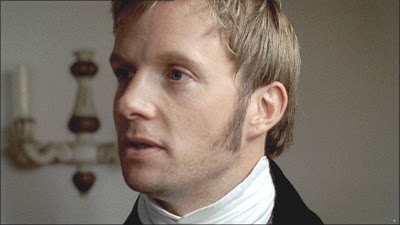 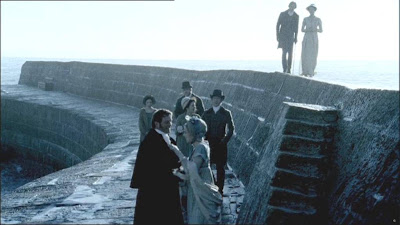 Stephen played Miss de Bourgh in the 2005 Pride and Prejudice. All opinions welcome! (Though do be polite!)

And be sure to stop by here on the next two Tuesdays, when we’ll be discussing the new Northanger Abbey and Mansfield Park!

Cara
Cara King, who reads and writes books, and would sleep on them too if she were a cat