Like many writers, I’ve been following the recent news about Cassie Edwards, historical romance author whose works contain many passages that are strikingly similar to those in various published works. The list includes but is not limited to nonfiction books about Native Americans, an article about black-footed ferrets in Defenders of Wildlife magazine and the 1930 Pulitzer Prize winning novel, Laughing Boy by Oliver La Farge. You can read a summary of the story at The New York Times or read in detail at Smart Bitches Who Love Trashy Books, the blog which originally identified the issue.

I don’t want to discuss the specifics of this case or whether these examples constitute plagiarism. You can read the side by side excerpts for yourself at Smart Bitches and join in the discussion there. (You can also read about the authors of Edwards’s sources at Dear Author.)

What I’d like to talk about here at the Riskies are some of the issues raised during the ensuing discussion.

A number of people have made statements to the effect that if only Cassie Edwards had acknowledged her sources, everything would be OK. I think they are missing the point. As historical novelists we are supposed to do the research then weave the things we’ve learned into our stories through our characters’ POV and in our own author voices. IN OUR OWN WORDS.

Some bloggers are suggesting novelists should include footnotes and bibliographies. I actually agree with Signet’s statement that such things are not required in popular fiction the way they are in academic works. The point, again, is that in popular fiction we shouldn’t be copying anything. At most we might use a brief quote (attributed) to establish the tone at the beginning of a chapter, or have a character quote some period poetry or read a headline (again, this can be attributed right within the text). 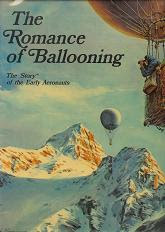 Footnotes in romance? I don’t know how well it works but I can’t help thinking it would yank me as a reader right out of the story. I can’t help picturing a sexy scene in which the hero is removing the heroine’s corset, with a footnote to the effect that “description of heroine’s undergarments based on THE HISTORY OF UNDERCLOTHES by C. Willet and Phillis Cunnington”. đź™‚

Actually, I’ve seen a footnote in a romance, just once. A Loretta Chase book had a footnote cross-referencing another of her books in the same series. I don’t doubt it was some marketing person’s idea. Loretta Chase writes so well I can’t imagine her wanting to distract the reader with such a thing.

I’ve also heard that Susan Johnson uses footnotes for historical information in her novels. I haven’t read any of her work so I can’t comment on how well those footnotes would work for me. Some of her fans say they enjoy them. 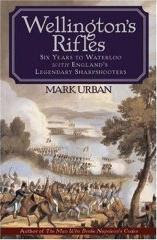 History Geek that I am, I do love Author’s Notes that clarify which parts of a book are based on historical fact and list sources for further reading. I wrote such an Author’s Note in LADY DEARING’S MASQUERADE, listing CORAM’S CHILDREN by Ruth K. McClure as my source for details of London’s Foundling Hospital. For my current mess-in-progress, I’m likely to credit some of my sources for the Napoleonic Wars and the history of ballooning.

But to list every reference I use to create my Regencies? Nah. I’ve read so many books on the Regency, many of which cover similar ground, that by now I couldn’t say whether I gleaned well-known facts about the Regency from Carolly Erickson’s OUR TEMPTESTUOUS DAY or THE AGE OF ELEGANCE by Sir Arthur Bryant or a number of other histories of the period.

Thinking about it further, I do give credit to all my references in one way. Within the Beau Monde (RWA’s Regency chapter) we share an annotated bibliography called the Regency Realm. By now it has over 1000 entries for books, magazines and other sources we all use to create our stories. I know this because I’m the one who maintains it.

Anyway, do you think novelists have an obligation to credit all their sources and how? What do you think of the idea of footnotes in fiction? Bibliographies? Author’s Notes?

And before we start discussing this, a gentle caution that we keep the discussion polite. On other blogs discussion has occasionally crossed the line into personal attacks on individuals involved. I know most (probably all) of us know better but just had to say it anyway.

Elena Greene grew up reading anything she could lay her hands on, including her mother's Georgette Heyer novels. She also enjoyed writing but decided to pursue a more practical career in software engineering. Fate intervened when she was sent on a three year international assignment to England, where she was inspired to start writing romances set in the Regency. Her books have won the National Readers' Choice Award, the Desert Rose Golden Quill and the Colorado Romance Writers' Award of Excellence. Her Super Regency, LADY DEARING'S MASQUERADE, won RT Book Club's award for Best Regency Romance of 2005 and made the Kindle Top 100 list in 2011. When not writing, Elena enjoys swimming, cooking, meditation, playing the piano, volunteer work and craft projects. She lives in upstate New York with her two daughters and more yarn, wire and beads than she would like to admit.
View all posts by Elena Greene →
This entry was posted in Uncategorized and tagged Cassie Edwards, plagiarism, research. Bookmark the permalink.