Having been accused (several times) of despising gratuitous mantitty, I present for your delectation the following…

Oooh. Alan Greenspan. He is just so … powerful. So … hot. Announcements about interest rates haven’t been the same since his retirement. It might only have been a quarter of an interest point, but temperatures would soar. 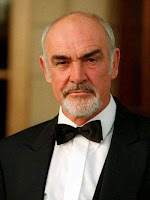 Sean Connery, the man who’s been shaking and stirring us for … decades. Oh baby. 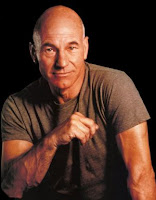 Patrick Stewart who could make it so with me anytime. Not only can he wear spandex in public and not be embarrassed but he can sing and dance too. Check it out.

Peter O’Toole, once a lovely young thing, now a lovely, if cadaverous, old thing who could cross my desert any time. 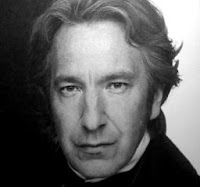 Alan Rickman, the underground hit of Sense and Sensibility,.Women swooned at his imcomprehensible upperclass mumble and the slow crawl of his jowls seeking freedom from his high collar. 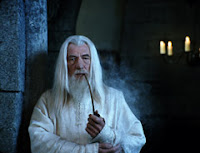 Ian McKellen, quite definitely a player for the other team and never the prettiest boy in the playground, but he does have a certain … something. There’s just something about him that makes you want to comb through his beard for snacks or offer to hold his staff if he looks tired.

It’s no accident that Alan Greenspan is at the top the list. He’s the hottest. Forget the Fed rate — just watch my heart rate soar.

How about Christopher Plummer?

Janet, I adore both Patrick Stewart and Sean Connery, although SC has no problem with hitting a woman which I object to on principle. Missing from your list besides Christopher Plummer, and Paul Newman, Harrison Ford who is one hot senior citizen. And Kevin Kline. Billy Connolly anyone?

I love Patrick Stewart. I saw him do A Christmas Carol many years ago (more than I want to count), and I was on the second row. Oh, I love that man.

The other bald guys, Ed Harris and John Malkovich.

But Alan Greenspan, who let the subprime mortgage thing happen on his watch?? Power’s cool. Ego and evil are not. Perhaps it’s time to quote a poet of our era:

For one by one, and two by two/ He tossed them humanhearts to chew

Elizabeth, Sean Connery manages to be an idiot virtually every time he opens his mouth in public without a script–must be all that reverberation inside his actorly skull.

Lucy, glad you could stop by! (She is the one who first pointed out to me the Greenspan’s essential hotness.)

And yes, I do have some notable missing in action hot old men.

One thing I noticed is many of these hot old men–notably Connery and Stewart–have very distinctive and sexy voices. I remember being at our local observatory, listening to Stewart narrating a science show about the planets and melting in the darkened auditorium. It’s doesn’t matter what he’s talking about; that voice is just HOT. 🙂

OMG, my family totally made fun of me as a teenager because I was into older men. All the other girls were swooning over Tom Cruise and I had a life sized poster of Baryshnikov. I must have watched White Nights a thousand times! I also loved Ricardo Montalban.

And don’t get me started on Patrick Stewart! LOVE HIM! You’re right, Elena, it’s that voice!

And I’ll gladly take Alan Rickman for a date or two as well (perhaps in a cravat). 🙂

I am sorry, Elizabeth, Keira, and Cara, but Harrison Ford and Robert Redford have not, in my opinion, aged well at all!

And from everything I’ve read, he’s a very unpleasant, judgmental snob.

But I think Redford’s still nice. Harrison Ford was too for a long time, but he is going a bit off.

And I’ll add my vote too to Ed Harris and Alan Rickman.

And from everything I’ve read, he’s a very unpleasant, judgmental snob.

But he’s aged well. He doesn’t look much different than he did 40 years ago. He doesn’t exactly ring my chimes, though. Even Alan Greenspan is hotter.

But I think Redford’s still nice. Harrison Ford was too for a long time, but he is going a bit off.

I’ve seen a couple of these guys in plays: Kevin Kline in Pirates of Penzance (on Broadway, with Linda Ronstadt–he was very young then), Christopher Plummer in Macbeth, Derek Jacobi in–oh, darn, it’s the Shakespeare with Beatrice and Benedick–Much Ado about Nothing?

Jacobi gave the best performance but Plummer was simply thrilling to watch.

What about Donald Sutherland? I like him so much better now that he’s “of a certain age.”

Or Pierce Brosnan?
(is he old?)

I saw Patrick Stewart in Macbeth in Stratford on Avon about a hundred years ago. I was a kid and he was much younger and he was sexy then too! I just love him.

Alan Rickman is another “Mature” actor who has that quiet, sexy thing going on.

Pierce Brosnan is hot too!

As my entire family is well aware, Alan Rickman has a certain effect upon me. He’s definitely hot. And it’s not just his voice. It’s his eyes too.

Another mature guy with great eyes and his voice ain’t bad either, is Ben Kingsley.

True confessions time for me would be David Carradine. Still hot in Kill Bill, and able to poke fun at his image.

Sorry, I’m with Pam on Greenspan. He’s always looked like a greedy evil toad to me.

I second RevMelinda on Donald Sutherland, and I thank Janet for rising to the bait with a fabulous post!

I love Alan Rickman and Kevin Kline. Another hot old guy I like is John Malkovich.
Classic older guys I love include Ronald Coleman, Basil Rathbone and Rex Harrison.

I loved Ben Kingsley until I heard that he’s adamant that people refer to him as Sir Ben and not just Ben Kingsley. As for Prince Philip, yes he has aged well, but he’s a complete jerk. I thought James Cromwell captured him rather well in The Queen. And Donald Sutherland and Pierce Brosnan are lovely. I can’t wait to see Mama Mia with Pierce and Colin Firth.

But Alan Greenspan, who let the subprime mortgage thing happen on his watch??

Oh, but Pam, free trade is so sexy. So alpha male and American. No wonder category romance (and single title too) is peppered with all those sexually-harrassing, stalking–oops, I think I mean in love virile Suits.

More hot men! I adore Patrick Stewart and would love to see him in inexpressibles! Hey, wouldn’t he make an outstanding lead in the screen adaptation of Janet’s ‘Dedication’?

Oh, and yay to Diane’s additions and I’ll just add George Clooney because he’s becoming as ageless as Cary Grant!

Sorry, I didn’t read the other posts but I do applaud the other hot old men you ladies have added.

Love the bit about Harrison Ford being off of late!

I adore Patrick Stewart and would love to see him in inexpressibles! Hey, wouldn’t he make an outstanding lead in the screen adaptation of Janet’s ‘Dedication’?

Interestingly, I suggested Harrison Ford to the Signet art dept., and Juliette Binoche for Fabienne.

And how about some aging rockers like Sir Paul McCartney or Roger Daltrey or Mick Jagger?

Peter Gabriel is always God. And Elvis Costello is still adorable even though thicker through the middle.

Sorry, any of the Stones are horrorshow! And Rod Stewart never made the list. Shudder. Since I was a nasty little punk rocker eons ago, it’s very weird for me to see those icons age. The ones that are left standing anyway.

Would it be weird to do a hot older gal post? For writerly inspiration only, erherm.

Oh, pul-eeze, look up the original interview and get the whole context of what he actually said. That’s been blown up and distorted into something he didn’t say.

He was talking about giving a hysterical woman a belt to snap her out of it, not the casual battering that bone-headed trogs inflict on their mates when they’re feeling drunk and mean.

If faced with a person in the throes of hysterics I would thump them one myself, no problem, though my first choice is to remove myself from the area and go play golf.

I expect Sir Sean would prefer to do the same himself.

Get every new post delivered to your inbox
Powered By WPFruits.com
wpDiscuz
32
0
Would love your thoughts, please comment.x
()
x
| Reply