I found out just today, that (1) it was a Thursday and therefore my day to post and (2) on March 13, 1781, William Herschel discovered Uranus. This is very fortuitous, because the Herschel Museum of Astronomy in Bath is one of my very favorite places–I blogged about it long ago on September 8, 2005, when we were all brand spanking new here; and Elena blogged about Herschel’s sister Charlotte a couple of years ago. Search the blog for Herschel and you’ll find all sorts of references–his name just keeps coming up. 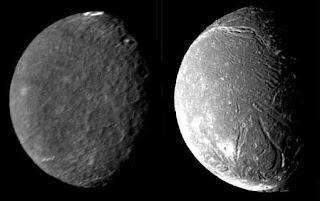 So who was Herschel and why was he so important? In the words of Patrick Moore, patron of the Herschel Museum, William Herschel was the first man to give a reasonably correct picture of the shape of our star-system or galaxy; he was the best telescope-maker of his time, and possibly the greatest observer who ever lived.

And his achievements were all the more impressive because Herschel, a refugee from Hanover (Germany) was self-taught and became an astronomer more or less by accident. He was a musician by training, who received a telescope in lieu of payment, looked the instrument over and decided he could create a better one. 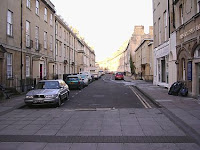 The Museum, at 19 New King Street in Bath, is a modest building in the sort of street where artisans lived. It’s beautifully and faithfully restored to the period, and filled with Herschel’s telescopes and books. Sadly, the Octagon Chapel nearby, one of Bath’s most fashionable churches in the eighteenth century, where Herschel held the position of organist, was closed and badly in need of restoration. (Or at least it was when I last visited two years ago. The organ itself, pictured here, no longer exists. And people in the museum were hopping mad that the city was pouring money into the new Thermae Bath Spa.) Does anyone know what the latest on the Octagon Chapel is? Jane Austen–you may have heard of her–was one of the many visitors to Bath who attended services there.

But back to Herschel. The small house on New King Street was flooded with visitors including the King, after whom Herschel named the new planet, Georgium Sidus, but the name never caught on. He was awarded the Copley medal and elected a member of the Royal Society, and then appointed Astronomer Royal in 1782, which necessitated a move to Slough, near Windsor. His descendants, some of whom were also astronomers, lived in the same house until the mid-twentieth century. Guess what happened to the house… 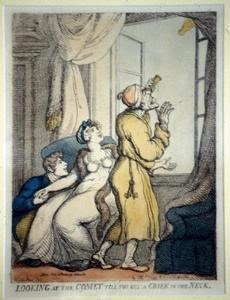 How do you feel about preservation vs. modernization? If you were in charge of a historic city, what would your priorities be? How would you reconcile commerce with history?

And has anyone visited the Thermae Spa? When I was in Bath they were selling very expensive products connected with it, but it wasn’t yet open.

Can you pronounce Uranus with a straight face? (The official museum pronunciation is you-RIN-us which isn’t much better).

Send an e-mail to riskies@yahoo.com with NEWSLETTER in the subject line to be apprised of the movements of the Planet Risky.

To answer your question, I would always lean toward restoration. Once you lose the past, you can never get it back.

As to preservation, I definitely lean that way but also recognize that places inhabited by living beings should also serve their needs. I’m no expert on how to do this but I’ve seen examples, things like creative repurposing of old buildings.

How to pronounce Uranus? As the mother of two kids who frequently go to science camps/workshops at a local observatory, I can attest that there is NO way to say it without eliciting giggles.

How do you feel about preservation vs. modernization? If you were in charge of a historic city, what would your priorities be?

Put the entire city under the National Trust banner. However, there’s something to be said about living and working in historic houses. After all, those buildings survived because they were useful, and each owner always made some changes, usually with comfort in mind. So I’d say update the plumbing, put in central heat, but for heavens’ sake be respectful of its previous architecture and interior decoration and furnishings.

Lois, who likes it when the Herschels make visits in Regency romances. . . ­¤Öé

Wow, great blog. I knew who Herschel was and have read several romances where he pops up, but this was really interesting. I am a preservation girl all the way. I am sorry, but so much of the modern urbane sprawl I see is just that SPRAWL. It is not a sin to leave something, to preserve it, to revere it because it is old, elegant and has intrinsic value because it is part of our history. Progress for the sake of progress is a crock.

I went to the Herschel museum once, and tried to buy a book & postcards for Todd (who couldn’t be there that day), but they wouldn’t take my credit card, & I had no cash; the gentleman there gave me directions to the nearest ATM, but they were wrong, so I never did buy the stuff!

Poor Todd! No wonder he leaves me and goes off to places like New Orleans! ­¤śø

Poor Todd! No wonder he leaves me and goes off to places like New Orleans! ­¤śø

So, so not! You should have come with me! Anyway, I’m glad to be home now. Not that New Orleans wasn’t interesting…

I enjoyed the Herschel museum the one time I visited. But some of the souvenirs I bought were lost while moving. ­¤Öü That’s what Cara was trying to replace for me…