Have you ever wondered what it would have been like, if Jane Austen had written a novel about American Idol?

No? Why ever not?

Sorry, “I’m not crazy” is not sufficent explanation. Because I know you’ve all been wondering!

Lucky for you, that’s just what today’s post is. In the spirit of Austen Trek, here’s… 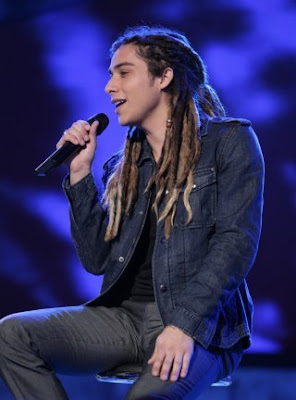 After Jason Castro ended his performance, the applause was notable.

Ryan Seacrest turned to the judges. “And what did you think of the young gentleman’s performance, Mr. Jackson?”

Randy Jackson nodded. “He has as good a kind of hair as ever lived, I assure you. Ah. Jason Castro. A slightly pitchy voice, but there is not a bolder hairstyle in America!”

“And is that all you can say for him?” cried Mr. Seacrest, indignantly. “But what is his vocal technique on more intimate acquaintance? What his tastes, his talents, and genius?”

Mr. Jackson was rather puzzled.

“Upon my soul,” said he, “I do not know much about him as to all THAT. But he is a pleasant, good humoured fellow, and whenever I see him, I shout ‘Dog’ with great exuberance.”

Now it was Mr. Seacrest’s turn to be puzzled. “Sir?”

“Dog! After all, he has got the nicest little black bitch of a pointer I ever saw. Will she be performing later today?”

With more precision than elegance, Ryan Seacrest then turned to the lady seated next to Mr. Jackson. “Would you be so kind as to share your opinion on Mr. Castro’s performance, Miss Abdul?”

Paula Abdul beamed. “Oh! my dear Mr. Seacrest, how are you this evening? And my dear Mr. Castro–I come quite over-powered. Such a beautiful head of hair! You are too bountiful!” 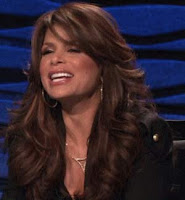 “But what,” persisted Mr. Seacrest, “did you think of his singing?”

“Well!” cried Miss Abdul. “That was brilliant indeed!–Mr. Castro was admirable!–Excellently contrived, upon my word. Nothing wanting. Could not have imagined it.–Such pretty hair!– Randy, Randy, look!–did you ever see any such thing? Oh! Mr. Castro, your dear mother will not know her own child again. I saw her as I came in; she was standing in the entrance. `Oh! Mrs. Castro,’ said I–but I had not time for more.”

“I…see,” said Mr. Seacrest, after a confused pause. “And…Mr. Cowell? What were your thoughts upon hearing Mr. Castro sing without either backup singers or band?” 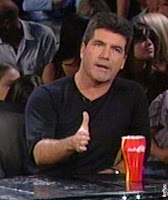 it is, while playing the ukelele, and alone, quite alone! what could he mean by it? It seems to me to shew an abominable sort of conceited independence, a most country-town indifference to decorum. I could hardly keep my countenance. Very nonsensical to perform without a band! Why must he be scampering about the stage, pretending that he knows how to play that undernourished second-rate guitar? And with his hair so untidy, so blowsy!”

“Oh, come now,” cried Mr. Seacrest. “You cannot have seen such lack in his performance!”

“How could I not? And the cruise ship on which he is doomed to perform; I hope you saw his cruise ship, six inches deep in mud, I am absolutely certain; and the hair which had been let down to hide it not doing its office. He has nothing, in short, to recommend him, but having an inexplicably popular coiffure. I shall never forget his performance this evening. He really sounded almost wild.”

Ryan Seacrest looked exceedingly at sea, and without the safety of the oft-mentioned cruise ship to keep him from drowning. “Very well, Mr. Cowell. If you think that Mr. Castro’s singing is lacking, then pray tell: what does it lack? What do you require in a singer if you are to bestow your praise?”

“Certainly,” cried Simon Cowell, “no singer can be really esteemed accomplished, who does not greatly surpass what is usually met with. A vocalist must have a thorough knowledge of music, singing, drawing, dancing, and the modern languages, to deserve the word; and besides all this, he must possess a certain something in his hair and manner of phrasing, the tone of his voice, his it-factor and song choice, or the word will be but half deserved.”

So….what do you think? How did you like my “casting”?

By the way, I forgot to announce the next topic of discussion for the Jane Austen Movie Club! Because we all need to catch our breaths (or, at least, I do), on May 6 (first Tuesday of the month!) we will all share lists of our favorite Austen adaptations, favorite performances, and that sort of thing. Please join us!

Ah Cara, how amused was I to read your scintillating version of Austen Idol. I admit that your version much pleased me and you captured the terrible trio of Randy, Paula and Simon perfectly (or should I say Austen did?).

lol! I loved it! I wish they would use your script one night, it would be great!

Oh, I loved that. Thanks for the laugh.

Very cool!!! 🙂 Alas, I’m probably the only one here who doesn’t watch AI, but dare say I’d still like this version way better!!! 🙂

Lois, you’re not the only one. I’ve never watched American Idol but I still thought this post was a hoot. Thanks, Cara!

I’m sure, if I’d ever learnt to sing, that I would have been a great proficient.
But I digress…..

You have a uniqueness of mind, Cara, my dear!! And a great talent to entertain us.

Cara. this was fabulous! I laughed out loud. You are a genius.

Actually I don’t watch American Idol either. As a professional musician I spent so much time critiquing the performances, commenting about people having more hair (and several other items) than talent people just don’t want to watch with me. One of the things that bugged me was that many of these young people were abusing good voices to achieve some sort of canned sound that is a dime a dozen. I believe one of the recent winners had to cancel some concerts because she had a vocal cord hemmorage. Do you have any idea how bad that is or the kind of strain that is required to do that? No matter what the PR people say her voice will never be the same.

By the way, I LOVE the guys in the Geek Squad. They fixed my computer while I waited! Of course if it crashes again I will go after them with a machete. Seems I needed more RAM (whatever that is – it cost me 100 bucks to get more of it) I was sure I would be without my computer for a week. Doing a happy dance right now!

Okay, Cara, how about a Regency House Party take on Big Brother or Survivor?

Though I do tend to roll my eyes at all the Idol contestants who think melisma and constant vocal ornaments = quality singing. I think Mariah Carey has created a generation of singing monsters! 😉 But I do watch the second half of American Idol — once they’re down to a few contestants, all good, and there’s not so much making fun of people and a lot more good singing. (There! My confession of the day.) 🙂

I’ve never seen a single episode of AI but I know you nailed it. Superbly done. Perhaps you heard my lady-like laughter. 🙂

I’m afraid Miss Bingley would find me pretty unaccomplished too.

I love your Austen perspective on our modern entertainment.

Great, Cara!
I’ve watched AI–I found the auditions fascinating in a horrible sort of way. Just when you think someone worse cannot possibly audition, they do.

Wow — the #1 show in America, but half the commenters here have never seen it…interesting! I’m sure it is statistically significant. Oh, I have it! If you play Pride & Prejudice backwards, it sounds like “don’t watch American Idol!”

Mind you, that only works with the Firth/Ehle adaptation. If you read the book backwards, it sounds like “Acknowledged universally truth a is it.”

Cara, please remember that this comment is from one who loves and cherishes you, and is only for your own good. Remember that. Ready?

Wait, just to be sure, are you remembering that? The love-and-cherishing-and-for-your-own-good thing? OK, good, hold that thought.

When the men with the white coats and nets show up, don’t struggle; just go with them quietly. It will be better for everyone.

That’s it! I now return you to your regular programming.

I don’t watch AI regularly, but I have seen enough to know you got it spot-on! LOL. Can we have Austen Dancing With the Stars? Austen Top Chef? 🙂

How about Austen Runway, Amanda?

I’m so late in commenting this week. I’ve been out with my all-too-frequent usual.

I’ll jig with you anytime, Keira!