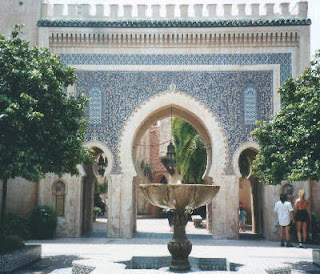 After a week away, I’m just starting to catch up on laundry and emails, but I can’t help adding my tuppence to all the discussions you’ve all had while I was away.

I agree with Cara on Pace vs Depth; I like stories that occasionally slow (though not stop) for world-building and character development. I find that uniformly frenetic pacing can become boring in its own right. In a romance I also want to see some glimpses of the HEA.

Diane’s post A Character in Possession of a Good Motto provoked thoughts and smiles. The closest I’ve come to character mottos was in thinking about how the characters in LADY DEARING’S MASQUERADE would react to being imprisoned. Livvy would carve poetry into the walls to keep herself sane; Jeremy would risk death to try to escape.

Janet’s Let’s Talk About Summer had me looking forward to RWA. It’s been far too long since I’ve met with my fellow Riskies and there are so many of our regular visitors I am looking forward to meeting in person! Oh, and that cover is very Barbie but the girliness is not necessarily a bad thing. 🙂

And Megan’s That Fresh Feeling and Amanda’s What I’m Doing on my New York vacation had me wishing I could be there with them, soaking up all the artsy inspiration and good writing vibes. And one can never view too many gratuitous Sean Bean images. 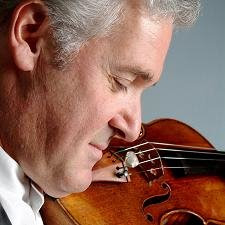 As for what I have been doing, I was in Florida visiting my in-laws. Take three parts Mr. Woodhouse, two parts Mrs. Bennet, add a dash of Sir Walter Elliot, shake well and reincarnate as an elderly Jewish couple and you get the idea. I love them dearly but I was also glad we planned some good outings.

One day (and many $$$) were spent at Epcot with the kids. Expensive, only lightly educational but fun, especially pigging out at the country exhibits: shawarma and hummus at Morocco (yum!) and chocolate eclairs in France (yum again).

I also took my budding violinist to see Pinchas Zukerman perform with the Florida Orchestra. He conducted the entire concert and played a Mozart violin concerto, looking very relaxed and happy wearing what appeared to be black silk pajamas. We had 2nd row seats (not ideal for sound balance but great for viewing nuances of technique) and my daughter gazed up at him as if he were a god–and he pretty much played like one. 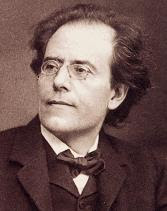 The helpful string expert at the music store where we rented a violin alerted us to a performance of Mahler’s 2nd Symphony by the Bach Festival Orchestra. I hadn’t heard much Mahler before, perhaps because symphonies that extend far beyond the typical 4 movements are less likely to be played on classical stations. My local orchestra, the Binghamton Philharmonic, hasn’t ever performed a Mahler symphony, at least not while I’ve lived in the area. But wow! There’s a whole world in that music. Must hear more.

Anyway, what has everyone else been doing this past week? What’s your favorite ethnic food? What do you think of Mozart? Mahler? Do you have any relations who remind you of Jane Austen characters?

And don’t forget, it’s the last day of our Great Tagline Contest. If you haven’t done so already, enter your vote for the chance to win a $25 Amazon gift certificate! Click here for full contest details.

Elena, I so envy you your vacation. What a treat to hear and see Zukerman! What a great thing to expose your daughter to at a young age. My hat’s off to you. Didn’t you just love Mahler? So ethereal and wide. Love his stuff. I am a Mozart fanatic so it would be hard for me to choose a favorite. Eine Kleine Nachtmusik is great for something to listen to in the background while I write, clean house, anything.

I spent this last week working at the bakery,suffering food poisoning on top of the upper respiratory infection I already had, fighting with my computer and trying to revise my GH nominated manuscript while panicking the entire time.

Food poisoning is over. Upper resp is better. Work is still a pain. And I took the computer to the Geek Squad yesterday and they fixed it while I waited! So relieved. Of course now my thought is “What next?”

Glad you had a good trip and are safely home. That seems like a simple thing, but life can be tricky at best!

Love your description of your in-laws!

My Mom would be pure Mrs. Bennet, but we do love her!

My husband is Mr. Darcy
My daughter is Emma Wodehouse
My son is Edward Ferrars
and I am Lady Catherine de Bourgh

And if you believe all that, remember, I write fiction….

Anyway, what has everyone else been doing this past week?

Rereading Lois McMaster Bujold, telling myself I really need to start exercising and watching what I eat *now* because conference (and my unflattering Regency gown) are coming ever closer, and working out all the names of all the many many characters in my WIP!

At the moment, the tahini and the garlic sauce at my local Zankou Chicken (truly addictive!!!)

Do you have any relations who remind you of Jane Austen characters?

There was one recently who reminded me of Miss Bates… 😉

Doglady, sympathies on the food poisoning, the infection, the computer. It seems like something is going around. Since our return home we’ve had minor car trouble and some plumbing issues. All getting fixed, but I wanted to get back to WRITING.

LOL, Diane! And Cara, you’re not the only one thinking about weight loss-by-RWA. Over the break I put back a few of the lbs I’d lost. Sigh… but those eclairs were good!

It sounds like you had a wonderful trip, Elena. Welcome back!

Anyway, what has everyone else been doing this past week?

Let’s see. Sunday I decided to get my life organized according to the tenets of David Allen (the Getting Things Done guy) and FlyLady, and I haven’t followed off the organization wagon yet, so that’s a good thing. And I wrote 20 new pages on my WIP last week after spending most of April wrestling with rewrites, so that made me happy.

It’s hard to pick just one! But today I’ll say Indian. I rarely get to eat it, because one of my mostly wonderful husband’s flaws is that he hates curry. Just yesterday I was drooling over the menu of a new Indian restaurant near the UW campus.

Like Susan, my favorite food is Indian. I make it, too, but I like it better if someone else cooks.

My dad was very like Mr. Bennet, for sure.

In-laws. Oy. I feel your pain. One of my SILs is like a low-rent Applebys type Sir Walter and Elizabeth Elliot. Ugh.

Love your family, O Divine One!

I forgot to mention my favorite ethnic food! Me, forget food? I MUST have been sick!

I love Native American fry bread and chili. We have a number of Pow Wows here in Alabama sponsored by both of the tribes to which my mother belongs. (Cherokee and Creek) There is always at least one booth with fry bread and the Creeks make the best chili you will ever eat! You need to eat the fry bread to put out the fire!

German gulash soupe and black bread is my favorite German meal, especially if my former landlady in Freilassing makes it!

Thanks for your tuppence and lovely description of the Zukerman concert.

Do you have any relations who remind you of Jane Austen characters?

There was one recently who reminded me of Miss Bates… 😉

Ahem! I believe she is referring to one of MY relations, actually. Harrumph!

Janegeorge, your husband won’t eat Thai? The horror! That’s probably my favorite ethnic food. (Though I love so many kinds, it’s hard to decide…)

Yeah, love Indian, love Thai. Fortunately my husband loves them too. Still working on the kids. They’ll eat Pad Thai but are still hesitant about curries–not that I’d start them out on the hotter ones, of course! 🙂

I do love Thai! And Indian. Palek paneer with a mango laasi, yum. 🙂 I might need some for lunch…

I love Mahler, but it’s true he isn’t performed often, at least not around here. Too long? Too melancholic? I dunno.

And I have an aunt who makes me think of Mrs. Elton. She doesn’t call her husband “caro sposo” but she does have a variety of cutesy nicknames for him. 🙂

Mahler isn’t performed too much anywhere, more’s the pity–my theory is that orchestras fear going into overtime and that audience members will be frightened at the lack of bathroom breaks. My lovely husband persuaded me to listen to Mahler–not many men use “come on down to the basement and listen to a Mahler symphony with me” as a seduction line.

I too love the description of your in laws.