I’ve been brainstorming about names for a week or two, in between heat waves and book binges and headaches and out-of-town visitors. 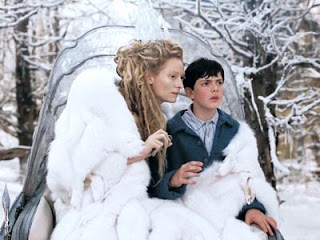 I like finding the right sound for a character name, but I also like playing with connotations. In MY LADY GAMESTER, I named the hero’s somewhat immature, rather weak younger brother Edmund — hoping to draw on memories of either the Edmund in THE LION, THE WITCH & THE WARDROBE, or the one in MANSFIELD PARK (or both).

On the other hand, the heroine’s younger brother was Tom. As opposed to Edmund, Tom was boyish, energetic, and none too sophisticated.

But right now, I’m figuring out names for my work in progress, which is a young adult novel (and, eventually, a loosely-linked series of young adult novels.) The first one has a lot of minor characters, so I need to find names which are memorable, distinct, and sound like the character they represent. And, if I’m lucky, the social group the character belongs to!

See, in the modern-day high school where my story takes place, there are two basic social groups I’m dealing with:

1) the group which, for lack of a better term, I’m currently calling the POPULAR KIDS, who are high-achieving, good-looking, athletic kids from well-to-do families; and

2) the group which for convenience sake I’m calling the NERDY KIDS, who are brainy and studious and come from more varied backgrounds than group #1.

However, I’m having a little bit of difficulty, so…if you could all help me out a bit, I’d really appreciate it!!! Could you let me know, on first seeing each of the following girl’s names, which of the above two groups you would expect them to belong to? (Knee-jerk reaction here.)

Cara
Cara King, who hated her hard-to-spell-or-pronounce name as a kid

I just spent the morning naming characters myself. I’m planning to eventually introduce an American couple to the otherwise British core group of my alternative history, and I wanted names that set them apart without sounding over-the-top or backwoodsy, since they’re well-connected, reasonably sophisticated Bostonians. I came up with Samuel and Rebecca Caton, which I hope has the right ring…

I didn’t know “Cara” was hard to spell or pronounce. I have had so many different variations of “Soleore” (soh-leo-ray). To wit: soh-leo-rr, soh-lo(umlaut)-rr, sol-ee-yore (hee-haw; no, my ancestors weren’t the Disney family, equines, or other beasts).

Hmmm. This takes some thought.

And Susan I think your names are spot on.

I have not paid attention to others’ choices, but mine usually skew the results. I may be thinking with an old-fashioned mind.

Susan, Keira, limecello, Doglady, Megan, and Diane — thanks so much!!!! That’s a huge, huge help.

Susan, I think Samuel & Rebecca Caton sound perfect for what you want!

Keira, sympathy on the difficult-to-pronounce last name. (A bonus: now I know how to pronounce it! And it was just what I’d been guessing it was, handily enough!)

As to my first name, it’s common enough nowadays, but when I was a kid, pretty much 95 percent of folks who saw it written pronounced it kahra (like a car), instead of (more or less) kerra or kara, which mine is. And of folks who heard it first, 95% seemed to spell it Kara. (Luckily for me, the combination of spelling & pronunciation I use is much more common now, for some reason…)

Cara, I have to admit I’ve been pronouncing it kahra in my mind, since that’s how most of the Cara/Karas I’ve met say it. I’ll try to remember to say it right if/when I meet you in person!

The problem with deciding nerd girl names–as we nerd guys can attest–is that there just aren’t enough nerd girls out there to collect a decent sample. Took me years to find a good one…