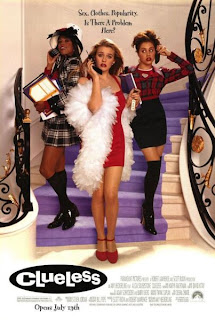 The first Tuesday of every month, we talk about a different Jane Austen adaptation…or sometimes another movie or miniseries of particular interest to Regency fans.

Clueless, of course, was based on Jane Austen’s Emma…so we can talk about how it interprets (and diverges from) Austen’s novel…or we can just talk about the movie on its own terms. As you wish!

The major credits, to aid the discussion, are as follows: 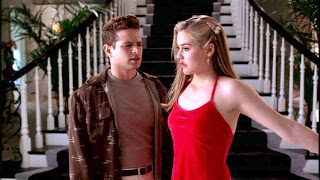 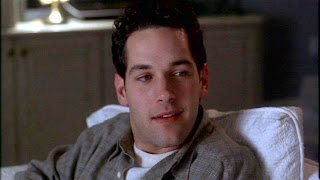 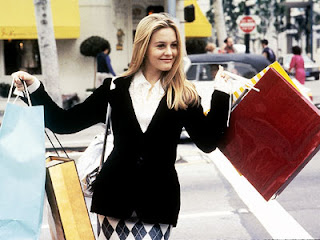 So: what did you think about what Heckerling did with the characters? With Harriet, Frank Churchill, her father? Or any of the others?

And is being a friendly stoner really the modern equivalent of being a lowly farmer? 🙂

Next month we’ll talk about the 1980 BBC miniseries of PRIDE AND PREJUDICE, starring David Rintoul and Elizabeth Garvie! So please join us on July 1 — always the first Tuesday of the month!

Alas, I’m not going to be much use to the discussion, but never saw this one. You’d think they’d show it on cable at *some* point. LOL But at least I can rewatch P&P for next month — at least, I better remember! 🙂

I enjoyed this movie. I thought it did a very good job of translating Emma into a modern framework. Watching the movie now is also fun because it is very 1990s.

I love this movie. I’ve seen it many times, and every time, I laugh at the right moments. The secondary characters “project” redemption (her from bad fashion, he from drug addiction) through love is a nice touch. I’d hoped Alicia would continue to do other chick-lit roles, but alas, that was not to be.

I totally agree, if Emma Woodhouse would fit perfectly anywhere in the 20th century it would be ’90s Beverly Hills. Clueless doesn’t only work on its own merit, but it uses Emma’s characters and plot very wisely.

I have a personal story to share: Years ago I was watching the scene where Cher and Elton (ahem) were in the car together and it hit me like a ton of bricks – Emma and Elton in the carriage leaving the Christmas party! I felt so silly for not realizing it sooner!

I’ve really enjoyed this movie and saw before I knew it was based on Emma. So I saw it as a ‘regular’ movie goer and thought it was cute. Once I became enamored of all things Austen and read Emma I saw the movie in a whole new light. A delightful new light. I think they did a marvelous job of putting a modern spin on such a wonderful story. I think it’s become a period piece of its own.

I love this movie. Great cast and a very clever, thoughtful adaptation of Emma–far smarter and wittier than the Paltrow/Northam (zzzz) version. I loved Mr. Elton translated into Elton the party guy, and yes, having the stoner being the equivalent of the farmer made perfect sense–he was at the bottom of the social heap (in Emma’s view!).

I really love Clueless, too. I think it’s the only Emma adaptation that does Emma exactly how I see her — spoiled, yes, and vain and self-satisfied, but also very loving, warm, and bubbly.

After all, in Austen’s Emma, everyone loves her to pieces…and I’ve always wondered why they would if she were as dour and sour as Kate Beckinsale’s Emma. (There, now between Janet and me, we’ve insulted two of the Emma adaptations so far…anyone want to take a swipe at the Doran Godwin version?) 😉

And I do think it’s interesting what Heckerling did with Churchill and his secret engagement. Because Christian seems quite perfect for Cher…everyone thinks they should be a couple…she feels like she’s been waiting for him forever…and yet for some reason it’s just not happening. 😉

Oh, and I liked what happened to Mr. Woodhouse, too.

Just love the movie all round!

I thought this version was very fun.

As to the stoner, making him a nerdy student (low in the teen food chain but worthy in other ways) would have been a more direct translation but maybe a bit pedantic. The whole point of this sort of recasting is to look at the story and characters in fresh ways, so I think it worked.

I really like Clueless, too, though it’s been ages since I saw it! I enjoyed how they turned all the plot points of the story around, making them fit into the modern day but still be recognizable. Cara, I think you’re right that it’s the movie that best captures the spirit of the character–vain, short-sighted, sort of foolish, but a girl with a good heart and friendly spirit. (I like the Beckinsale movie, but she does rather come across as one of the “mean girls”, LOL)

And Georgie, you’re so right that it’s “very ’90s”–already a period piece in it’s own right!

I loved this version of Emma. If I had to rank which versions I would watch in order, it would be Clueless, the Paltrow Emma and then the Beckinstale. I agree with you Cara, I had a hard time figuring out why everyone loved Emma in the Kate Beckinsale version. Loved how Frank Churchill turned into Christian, and turning Robert Smith into a stoner. She found modern equivalents without sacrificing what makes Emma one of my favorite Austen novels. Loved the addition of Cher’s best friend,and her boyfriend, as well as her nemesis Amber.

As to it being very 90’s: if it was really that long ago, why are boys still wearing the sort of pants Cher pointed out looked dreadful? 🙂

I like “Clueless” as a movie and as an adaptation of Emma. It has been on cable and in fact, I’ve watched parts of it over the last two months whenever it’s been on because we were going to discuss it at some point. (It tends to come on late so I can never catch the whole thing.)

I liked the fact that I can watch a scene here and there without watching the entire movie because I have a feel for the characters from my reading of Emma. I’m visiting with old friends, if only for a short while. And I agree that this version helps me understand why Emma is loved and lovable. (I had to really suspend belief to see Northam falling for Paltrow. I knew it was supposed to happen but the actors didn’t make it seem realistic.)

sorry I didn’t pop in and contribute yesterday. I too enjoyed this movie. And I didn’t like the Gywnth Paltrow Emma, but loved the Kate Beckisale one.

I liked Clueless a lot–really, you’d have to have a heart of stone not to like it! 🙂 It is still very funny, though I admit it’s becoming a bit of a period piece in a few ways. Remember when it was novel and funny to have a phone ring and everyone at the table takes out his or her cell phone to check? Now it is merely a sad commonplace.

And I’m with Cara on the baggy pants. I never dreamed that that travesty of a fashion could last this long! One down side of working at a university, you see all the youthful fashions in their full glory. 🙂

On the pants thing, Todd, the school baggy pants are way worse than the college baggy pants. They’re not baggy. They’re ridiculous. 🙂