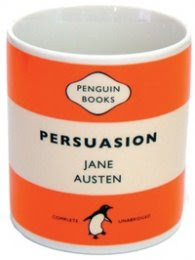 So my new agent has the latest version of edits for my Regency-set historical, Road To Passion (the title of which she says, as others have, that she is reminded of Bob Hope. Bob Hope = Not Sexy. New Title being brainstormed now), and she will be submitting it to editors soon.

Meanwhile, I have begun Road To Desire (I know! Still Bob Hope! But that’s the title in my head!), and it is so much fun to start writing NEW stuff after laboring so long over the old.

My hero this time is a low-born soldier, raised on London streets and out for revenge after returning from the wars. He’s got a crazy-hot temper, is aggressive, bold, confident and super-sexy.

My heroine is an Earl’s daughter, on the run from a controlling uncle and his leering son, off to find her fiance, who’s just come home from the battlefield.

(Note to readers: The hero is not her fiance. Really, how boring would that be?)

Whether you’re starting to write or to read a new book, the beginning is so crucial:

(Some of the) 100 Best First Lines from Novels

2. It is a truth universally acknowledged, that a single man in possession of a good fortune, must be in want of a wife. —Jane Austen, Pride and Prejudice (1813)

3. A screaming comes across the sky. —Thomas Pynchon, Gravity’s Rainbow (1973)

4. Many years later, as he faced the firing squad, Colonel Aureliano Buendía was to remember that distant afternoon when his father took him to discover ice. —Gabriel García Márquez, One Hundred Years of Solitude (1967; trans. Gregory Rabassa)

6. Happy families are all alike; every unhappy family is unhappy in its own way. —Leo Tolstoy, Anna Karenina (1877; trans. Constance Garnett)

7. riverrun, past Eve and Adam’s, from swerve of shore to bend of bay, brings us by a commodius vicus of recirculation back to Howth Castle and Environs. —James Joyce, Finnegans Wake (1939)

11. The Miss Lonelyhearts of the New York Post-Dispatch (Are you in trouble?—Do-you-need-advice?—Write-to-Miss-Lonelyhearts-and-she-will-help-you) sat at his desk and stared at a piece of white cardboard. —Nathanael West, Miss Lonelyhearts (1933)

12. You don’t know about me without you have read a book by the name of The Adventures of Tom Sawyer; but that ain’t no matter. —Mark Twain, Adventures of Huckleberry Finn (1885)

13. Someone must have slandered Josef K., for one morning, without having done anything truly wrong, he was arrested. —Franz Kafka, The Trial (1925; trans. Breon Mitchell)

16. If you really want to hear about it, the first thing you’ll probably want to know is where I was born, and what my lousy childhood was like, and how my parents were occupied and all before they had me, and all that David Copperfield kind of crap, but I don’t feel like going into it, if you want to know the truth. —J. D. Salinger, The Catcher in the Rye (1951)

19. I wish either my father or my mother, or indeed both of them, as they were in duty both equally bound to it, had minded what they were about when they begot me; had they duly considered how much depended upon what they were then doing;—that not only the production of a rational Being was concerned in it, but that possibly the happy formation and temperature of his body, perhaps his genius and the very cast of his mind;—and, for aught they knew to the contrary, even the fortunes of his whole house might take their turn from the humours and dispositions which were then uppermost:—Had they duly weighed and considered all this, and proceeded accordingly,—I am verily persuaded I should have made a quite different figure in the world, from that, in which the reader is likely to see me. —Laurence Sterne, Tristram Shandy (1759–1767)

20. Whether I shall turn out to be the hero of my own life, or whether that station will be held by anybody else, these pages must show. —Charles Dickens, David Copperfield (1850)

My first lines, as they stand now, are these:

“Get your stinking farmers’ hands off me.”

The words were spoken in a furious rumble that left no doubt as to the speaker’s feelings. His accent wasn’t the ones she was used to hearing here; he spoke much more quickly, his vowels broader than the usual Northern mumble.

What are your favorite first lines?

It was a pleasure to burn.-Ray Bradbury, Fahrenheit 451

“Penitence Hurd and the plague arrived in London on the same day.” Diana Norman, The Vizard Mask

“It would not be entirely accurate to say I met Nicholas Brisbane over the body of my dead husband. Edward was still twitching at the time.” Deanna Raybourn, Silent in the Grave (note that quote may not be entirely accurate, as I don’t have the book in front of me, but it should provide a reasonable approximation of the tone and character. It’s also two sentences, but I love it anyway.)

I so love the James Joyce…here’s one from An Accomplished Woman by Jude Morgan (I mentioned it on yesterday’s blog):

Not enough naked flesh, Lydia concluded, and too many horses.

“There was a boy called Eustace Clarence Scrubb, and he almost deserved it.” CS Lewis, the Voyage of the Dawn Treader.

First line of my wip, the one due June 16:
He was inside a nightmare.

I’m too lazy to look up my favorites!

Megan, I have an alternative to your Bob Hope titles:
Journey to Passion
Journey to Desire

You know, IMHO, I think some of the novels that tend to be cited for best first lines (like Moby Dick and Huck Finn) wouldn’t make the cut if people’s memory of the book didn’t inform their reading of the line… (Not that they’re bad lines or anything…)

Some of my faves:

“The trouble started the day Howard came home from school to find the Goon sitting in the kitchen.” — Diana Wynne Jones, ARCHER’S GOON

Okay. I roused myself to look this up, from one of my favorite books, Empire of the Sun by JG Ballard:

WARS CAME EARLY to Shanghai, overtaking each other like the tides that raced up the Yangtze and returned to this gaudy city all the coffins cast adrift from the funeral piers of the Chinese Bund

“The vicar doesn’t know I’m a vampire. Nor does he know I’m gay.” From Baked to Death by Dean James

(a series about a gay vampire from Mississippi living in a quaint English village.)

“The day I died started out bad and got worse.” from Undead and Unwed by Mary Janice Davidson

Of course I kind of like the opening lines of my finished book (yeah, like they are ever finished!)

“You’re going to murder me, aren’t you?” from LOST IN LOVE

“There’s summat wrong a ‘ta house.” from THE RAVEN’S HEART

Love that first line O Divine One. I really am anxious to read this next one of yours!

I so don’t have this book, but this is one of the greatest. ..

“I’m going to have to shorten his willie.” Emily Bryan’s Distracting The Duchess.

Here are a couple of mine. You might sense a theme:

“The best remedy for a bruised heart is not, as so many people seem to think, repose upon a manly bosom. Much more efficacious are honest work, physical activiy, and the sudden acquisition of wealth.”
– Have His Carcase – Dorothy Sayers

“The education bestowed on Flora Poste by her parents had been expensive, athletic and prlonged; and when they died within a few weeks of one another during the annual epidemic of the influenza or Spanish Plague which occurred in her twentieth year, she was discovered to possess every art and grace save that of earning her own living.”
– Cold Comfort Farm – Stella Gibbons

These are all so fun!

And thanks, Diane, for the title suggestions. I like them.