So many of you have been sooooo kind to be thinking of my struggle to finish this book and wishing me well.

I’m not done yet…..and I’m not certain why it has been so hard. I’ve been working and working and unable to produce more than about 10 pages a day and sometimes I have to rewrite those. (and, of course, I’ve had to get my hair cut and other essential errands, like clothes shopping….)

My editor says I have until the end of the month but I really have until Thursday because I’m going out of town on Friday!

I figure you all wonder what this book is about. Well, it’s about this stuff: 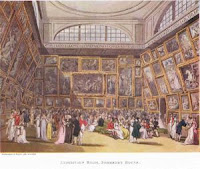 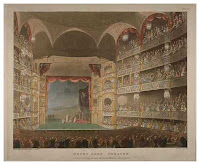 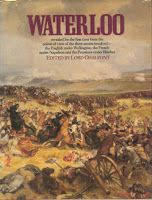 I know none of this makes sense…

How about you? Give us a progress report on your manuscripts or any goal or project you are working on.

Hmm! Well, I’m not a writer, so I have no idea what you are doing; but if I were going to write a novel using those elements, here’s what it would be like:

“Horribly scarred by his experiences in the siege of Badajoz, Lord Morgan Morganson leaves the army to become a painter and (by extension) an alcoholic, or perhaps the other way around. The fumes of alcohol lead him to become the finest painter of snakes that Britain has ever produced, prompting an invitation from Drury Lane Theatre to paint the sets for their new production of Shakespeare’s Antony and Cleopatra.

Meanwhile, the Honorable Lavinia Herpetia has fled from the custody of her oppressive uncle the Earl of Lord, and is living in disguise in London, making a meager living as a partially nude model. Lord Morgan hires her to hold the snake in one of the paintings for his new commission. Lavinia feels bare before his penetrating gaze; and one thing leads to another.

After an evening of passion, Lord Morgan takes Lavinia to a nearby restaurant for dinner, ordering corn on the cob. To her horror, Lavinia realizes that Lord Lord is sitting at the very next table. In order to cover her escape, when the corn bill arrives she starts a quarrel with the waiter that quickly escalates into a full-fledged riot. Realizing that she can never be safe in London, she flees to Brussels, where she becomes an even nuder model.

Lord Morgan looks for Lavinia everywhere (except Brussels) with no success. To be worthy of her, he gives up drinking, and his ability to paint snakes is lost. Finally at his lowest ebb, he receives a commission to paint a portrait of Wellington, and travels to Brussels. There he recognizes Lavinia as the nude model in a painting on the wall of his host’s house and rushes out to track her down.

Unbeknownst to him, Lord Lord has also tracked Lavinia to Brussels. But before he can do his dastardly work, the battle of Waterloo breaks out all around them. Lord Morgan rejoins his regiment and covers himself with glory. Lord Lord is accidentally cut down by a cannonball and dies an ignominious death. Lavinia realizes that she is now free to marry Morgan, and covers herself with a dressing gown. The End.”

Keep going, Diane! I can hardly wait to read it!

Best of luck in your race to the finish, Diane! I’m sure the book will be fantastic. And I’m intrigued by all those different elements. A picture’s worth a thousand words, right? Maybe you could use up some of your word count by doing a little cut and paste.*g*

Only 10 pages a day? That’s amazing progress! Of course it depends if you are used to doing 30. I’d be happy with 2 or 3 right now!

Todd, I think you should go to National and pitch that story–I’d love to read it! 🙂

Hugs on the deadline panic, Diane. The story sounds very intriguing! I am sure it will be wonderful.

I find that when I put too much pressure on myself to produce quickly I get the opposite effect, that whole “more haste, less speed” thing. But it is hard not to worry when it’s not going quickly. Hang in there!

As for my own goals, at one time I hoped to have my ms finished by RWA. Now my goal is to be halfway there and finish by fall. The good thing is that I love how the story is coming together. If I can’t write fast at least I’m writing well. I wish I could do both!

I’m not sure that Todd is not a writer. I think I read that story somewhere.:)

Christine, Hey, if I can cut and paste I could be done today!

Erastes, trouble is, I have to rewrite those 10 pages over and over

Elena, I am so glad you are liking how your story is coming. I think that makes all the difference. This book has been hard to weave all the elements in.

Maggie, good luck on YOUR deadline, self-imposed or not!

Todd, I agree with Elena. I’d buy that book!

I like the pictures to explain your story, O Divine One. I know you will bring the book in on time and in great shape. I can’t wait to read it. Of course I am greedy. I want all Diane Gaston books in a hurry and coming at me fast and furious.

Ten pages a day? I wish I could make ten a day! On my days off I can do more than ten, but on the days I work I am lucky to get five.

I am giving myself three weeks to finish this last (ha ha) set of revisions on Lost in Love and then another two weeks (more or less) to finish the very rough draft of The Raven’s Heart. I want to have it all wrapped up before I leave for Nationals on July 29th!

Good luck on all of our deadlines!

Todd – have your people call my people. Wait. I don’t have any people…

Diane – I know you’ll get it done and it’ll rock. You had me until Cleopatra until Todd clarified all that.

My own MS has been in heavy revisions for the past year. There, I said it out loud and feel much better about it. Jake and Melissa will perserve despite Sami and Wykham’s manipulations. They’re already cooking up a storm in the kitchen and pergola of her restaurant, so they make me happy for today. However, I may need to borrow Cleo’s asp – just for motivation, you understand.

just for motivation, you understand.

Hang in there, Diane. Giving birth to another masterpiece always takes a little bit of panic and the occasional excruciating pain… (But when it’s all over, you forget all about it!)

My ms is still taunting me…but heck, I’ve got cats, I’m used to that.

Todd – have your people call my people. Wait. I don’t have any people…

I don’t have any people either! But I can have my cats call your cats.

Of course, it may be a bad idea to teach our cats to use the phone…the last time we tried that we kept getting signed up for home milk delivery…

LOL, Todd!!! You must write that story. I for one would definitely buy it. 🙂 And I agree that teaching cats to use the phone is not a wise idea. I have a feeling mine would call animal control to come pick up the dogs…

Sorry to say, I have no cats just a rambuctous Boxer who thinks she’s a cat. At least that’s what she wants the birds in the yard to think!

Diane, I feel your angst. Here’s hoping the muse decides to smile and gets you finish on time.

I’m still struggling to get started! I need to have this thing finished by the end of summer and have stalled down in the research. Corn riots–oh yeah. Unrest in the Midlands. Enclosures. Murder of mill owners. A heroine with republican leanings and a disdain for nobility. I think I’m going to ditch the research and just write it.

Todd, you are most certainly a “writer,” perhaps not a “professional” one. Said “professional” must take all those imaginative elements, sit butt into chair and turn them into a full-length novel, a dreadful blood-letting process whose pain can sometimes be deadened by copious amounts of wine at the end of the day. And sometimes not.

Julia, who must head back into the pain zone…

Hang in there, Diane!

Todd, you made me laugh on a day I needed to laugh–thanks!

As for me, well, I just reached p. 400 of my WIP. That’s around 89,000 words, as I’m actually fond of the Old School look of Courier New. I’m shooting to have the rough draft finished by August 15, at which point I’ll take a couple of weeks off, then sail into intensive editing with the goal of having a marketable manuscript by Jan. 1. Normally I try to write much faster. But since this is a new genre for me and I’m learning how to do it as I go along, I’m giving myself the grace to take all the time I need to get it right.

Oh, and sorry to clutter the blog with this, but since I can’t find an email for todd in his profile…

…todd, would you be willing to do a “beta read” of my manuscript at some point this fall? I won’t be at all offended if you say no. I’m just looking for a few good men, as it were, since I’m writing an adventure story with a male protagonist, but all my CPs are women. You can email me at susansw AT gmail DOT com.

But I like all of you. Thank you so much for the support today and throughout my rush (snail race) to the end of this book. I actually wrote a chapter today–it was only 11 pages but it was a whole chapter!

Santa, it is good that you are revising. I revised The Mysterious Miss M a lot before I sent it out. You will learn so much!

Julia, good luck on your deadline. I think you are right to just write the story. You probably know enough.

SusanW, I am excited that you are writing that book! And good for you to ask Todd. That took a little courage.

Louisa, aka O Doggie One, good for you for writing another book as well as Lost in Love.

Diane, many, many hugs to you.

Yes, well…many of my colleagues no doubt think the same thing. 🙂