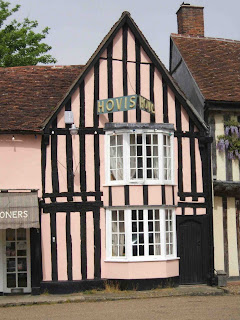 I just got back from attending the World Science Fiction Convention (a.k.a. Worldcon) yesterday.

I woke up this morning with a headache….and my new headache medicine apparently makes me woozy.

(Hmm…I wonder what the derivation of “woozy” is? If I weren’t so woozy, I’d go look it up in a dictionary. After all, I have three within reach right now. But that would take effort….)

So here are a few random pics for you…which will hopefully make more sense than I do right now! 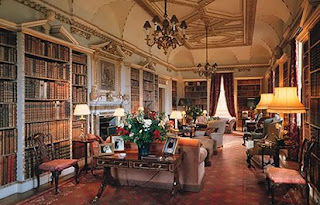 But just a few tidbits for now:

The Guest of Honor was the amazing Lois McMaster Bujold.

And I got to ask her questions.

And hear her talk.

And listen to her read the first two chapters of her upcoming new Vorkosigan book!!!!!!! 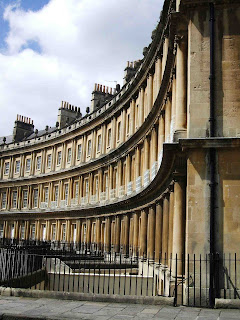 I also got to hear Todd, who was on three panels, tell folks how to build a time machine in the basement. (Half of that sentence isn’t exactly true, by the way, but I’m too woozy to remember which half.)

Speaking of wooziness…(hey, that’s a cool word…wooziness…wooziness…if you say it three times fast, then it begins to describe your state of mind…)…I just attended two conferences back to back.

Does that make me an expert on hotel shower curtains?

Or finding cool restaurants? (I had Singaporean food with Elena in San Francisco, and German food with Todd in Denver…)

Hey, wait — wasn’t the Woozy one of those L Frank Baum magical creatures? (My woozy brain is coming up with a picture that seems to be a bendable doglike creature made of silvery metal… Does this make sense?) 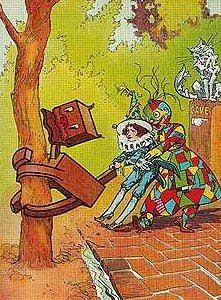 Google, and ye shall find.

Here’s a picture of the Woozy (the fellow clinging to the tree) as illustrated by John R. Neill, in Baum’s THE PATCHWORK GIRL OF OZ.

Clinging to a tree.

Cara the woozy (though not Cara The Woozy)

Cara! OMG! In almost three years, you have one last post! OMG! I tell you, I’m going to stop reading this blog! OMG!

You are a brave, brave woman to attend two conferences back to back. It’s a good thing you didn’t try to teach whist to Lois McMaster Bujold while Todd builds the time machine in the basement.

Were those pictures taken from your recent visit back in time?

Maybe you weren’t really at Worldcon.

Maybe you disappeared behind those room dividers at RWA and into that time machine.

Santa — you are right on all counts! Clearly you have a time machine in your own basement. And perhaps a flying saucer as well. (I prefer a flying teapot myself!)

Diane — yes!!!! It was so exciting!!! She’s one of my favorite authors of all time — and now I have the scoop! I don’t recall which of her series you read — but the news is: the fourth and last Sharing Knife book will be out early in 2009…and then the next Miles book will probably be in 2010. And she’s hoping to eventually write two more books in the Chalion world…

And on the first day of the con, we had a reception in her honor called “Summerfair on Barrayar” — and I came dressed as a Vor lady (with a long, full-skirted gown), and Todd came dressed as a Cetagandan ghem lord. (Maybe I’ll post pics next week!)

Poor Cara! The shower curtains were clearly too much.

World Con was fun, but kind of, well, tiring. But I got to be on a panel with David Brin, who is one of my favorite SF authors! And I got to tell people how to build a time machine in the basement. Too bad we don’t have a basement. We have an attic. But you can’t build a time machine in the attic. The attic is where you imprison your mad wife. (Not that I would dream of doing such a thing.) And you build a rocket in your garage, but we don’t have one of those, either. Darn it!

And can I echo what the Divine One said?

My brother may ask to kiss the hem of your garment, Cara. He is a huge fan as am I.

Please post the photos, Cara. How lucky you are to go to WorldCon. It is on my Bucket List. But back to back with RWA. PHEW! Tiring!

It was tiring, Louisa! But fun. And the hotel bed in hotel #2 was very very nice. (As was the shower! The SF shower was excessively low-flow to my taste…)

So, let’s see…tidbits… Bujold read us the first two or three chapters of the new Miles book…and she said she only had about five chapters written. And the selection she read was extremely polished.

So I would theorize either that:

1) she writes very cleanly; or
2) she edits as she goes along; or
3) she knew she was going to read this to us, so she polished it up before coming.

And the extra neat bit? Her editor was there, too, and was also hearing this bit for the first time!

Cara, her fans getting the scoop just as her editor was hearing them for the first time has got to be the biggest thrill of all time. I’m trying to imagine myself in an audience with one my top fav writer doing the reading. I think I’d swoon with a big grin on my face.

Hoping to see photos of you all decked out in your finery for the Summerfaire.

I’ll be in the flying teacup to Santa’s saucer and your teapot. Imagine what marvelous adventures we’ll have?!

PS: How I love that library…

Can’t wait to see your flying teacup, Keira! We can all fly right over to that lovely library and then have tea and read… 😉

Once I’ve got the basement and the garage, the chaos from building my time machine and rocket should drive my wife mad in no time. 🙂

I love LMB!!! So jealous you got to hear the start of the new Vorkosigan book. Can you tell us? Is this going to be the long awaited Ivan’s book????

for the upcoming Vorkosigan book from Lois McMaster Bujold book.

Celia — or do you go by Celia May? 🙂 — funny you should ask… LMB said that for years the most common question she got from fans was “when’s Miles going to get married?”

And ever since Miles got married, she says the most common question she gets now is “When are you going to write a book about Ivan?”

I got the impression from the way she talked about it that that was not likely to ever happen…at least, not the way she thinks about it now. (But she definitely seem to deal with one book at a time…or perhaps two. So who knows?)

Okay, so here are SERIOUS spoilers for the upcoming Miles book:

It starts with Miles on another planet — one we haven’t seen before — and Ekaterin is back at home on Barrayar (the impression we’re given is that every now and then she gets him sent off-planet so she can have a vacation from his Miles-ness.) Miles has gone here in official capacity, with only Roic for company.

And then Something Happened.

If you want more details than that, I can email them to you!