For our last anniversary, we talked about which posts of the previous year we were proudest of or had the most fun with…and I had such a good time that I’m going to do it again.

So to be eligible for my prize (which is detailed below), just tell me which of the following posts you like best (or least!) 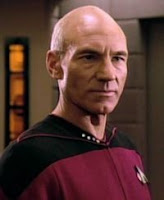 (Another installment in my “If Jane Austen Wrote Star Trek” series…)

How Captain Stanton Came to Be

(As part of our Waterloo Week, I analyze the decisions that went into my military hero…)

And if there’s something you want to see more of here (e.g. posts about Heyer or Austen or covers or craft or Gerard Butler), please share!

Ah, yes — the prize! I always like to give a choice, so the winner can choose ONE of the following three prizes:

(2) a Region One (i.e. US & Canada) DVD of the 1985 miniseries of PRIDE AND PREJUDICE starring Elizabeth Garvie and David Rintoul.

(3) Guidebook to the Museum of Costume & Assembly Rooms in Bath (with lots of full color pictures.)

Cara
Cara King, author of MY LADY GAMESTER and many silly posts

I personally enjoyed the discussion on Northanger Abbey. It’s one of my favorites of all the Austen books.

While, how Jane would take on Star Trek is very entertaining, I’m not much of a Trekkie.

I liked the Austen Idol post the best. The dialogue was genius and extremely funny.

I loved Northanger Abbey for one of the reasons Cara mentioned–it wasn’t what I expected at all. Plus, I laughed more at that one than any other Austen book. My professor recently instructed me to re-read it, which is one of the best homework assignments I’ve ever gotten!

I certainly always love the Austen Treks (and all related) and love the movie Tuesdays! 🙂

And NA is my second favorite, so any discussion is just fine with me! 🙂

Lois, who loves Mr Tilney because he’s just so much fun!

Personally, I liked the Pace vs Depth column. But everything is equally good. I guess that’s why I keep reading.

I liked the Pace vs. Depth discussion, because you make such excellent points there.

Well, the one I liked best was How Captain Stanton Came To Be. I liked him when I read the book, and I liked reading a little more about him. I also liked Pace and Depth. Northanger Abbey was OK. I didn’t like Austen Trek at all. Ditto for Austen Idol – some shows I’ve never seen and I never intend to, so Austen Idol goes at the bottom of my list.

While the Pace and Depth post has helped me considerably (I have it printed for frequent referrals) and I thoroughly enjoyed the Northanger Abbey discussion – learned quite a bit there too, much food for thought – my all time favorite so far has to be Borg and Prejudice. I had a really bad day that day and came home and read it and cracked up. It really made my day. I admire anyone who can take one genre and turn it inside out to fit another. Now that, ladies, is the mark of a wordsmith!

I loved the Pace vs. Depth post, because it’s an issue I struggle to balance in my own writing.

I absolutely loved the Austen Idol post! I am a big fan of Jane Austen and American Idol, so it was fun to read. Simon’s comments were the best…in perfect Austen language.

Sigh. I wish I was eligible for a prize. But then I would have to DECIDE if I won.

Cara, I am always amazed at your parodies. You are so creative, I just can’t stand it!!! (Actually I can stand it. I love it)

Pace vs Depth was thoughtful….

Heck. I love them all.

I’m with Linda, I loved the Stanton post. That must be because I’ve written so many military heroes and have gone through very similar processes that have taken me through all the battles in the Peninsula and then on to Waterloo. Stanton is much like my hero Edenstorm in Sins of the Heart, so naturally I’m in love with your hero too.

But I missed the Pace vs Depth one, and that’s a struggle I often face, so I’ll have to go back and read it too.

Oh, and I love the new Risky Look! Congrats to Haven for a great design!

I enjoyed all of them! I always like hearing about military heroes (sigh), and have trouble with pacing myself. But I always get a good laugh out of Austen Trek. 🙂

If no one happens to claim that DVD…

Thanks so much for all the comments so far! And thanks for all the feedback (pro and con) on which posts are most entertaining or interesting to each of you — I find it all VERY helpful…

Haven, Maya, Lois — we should form a NORTHANGER ABBEY ROCKS! club or something, and bring enlightenment to those who think it a substandard Austen. 🙂

(And Maya, I agree — talk about great homework assignments!)

Thanks to everyone who has said kind things about Austen Trek and Austen Idol — I am delighted that enough of you like them that I have an excuse to keep writing that sort of thing here! (Though not all the time — I’ll try not to overwhelm those of you who aren’t big Trek or Idol watchers!)

And I’m very pleased that several of you were interested by Pace vs Depth — it’s good to find others struggling with the same writing issues.

And of course, I do love my military heroes…so color me just SO happy that some of you liked that post too!

Though I hate to choose which post I love best of yours Cara! As I enjoyed all of them. (When I had gotten time to read RR Blog)
For many fun reasons my favourite is ‘How Captain Stanton Came to Be’. I always loved Military History and the RR Waterloo Week!

I have the DVD of Northanger Abbey out of the library at home but haven’t watched it yet. I am watching it tonight with your post fresh in my mind.

I really don’t understand why Northanger Abbey is so underrated. It really is delightful and so cleverly written.

Oooh, and I had forgotten about Waterloo Week. Now that whole week is one of my favorites! I have this carefully outlined novel that will be my romantic masterpiece at some point when I sit down and write it. And Waterloo figures into it in a big way. I printed all of those posts to keep in my “Waterloo” file.

I have loved all versions of Austen Trek and the Austen Idol. What imagination and creativity. Absolutely wicked! Now, Cara, how about an Austen Runway or Austen Star Dancing?

After all my chattering (and fault-finding) here yesterday, Riskies, I’m stopping by to say that I’m going to be out of town for the next couple weeks. Do at least TRY to miss me, OK, while you go about all the fun and mayhem of your blogiversary?

Keira, we couldn’t help but miss you!

And I would love to oblige you with Austen Runway or Austen Star Dancing, but I’ve never watched those shows…sorry!

As a hardcore fan of both Star Trek and Jane Austen, I have to cast my vote for “Borg & Prejudice.” Absolutely inspired and hilarious. I wonder what it would be like if Jane wrote Battlestar Galactica. Ooh, or what about Seinfeld?

I love the Galactica one, too…but I worry that too few of our readers have seen it… 🙁 (I could see Starbuck as Lizzy Bennet, and Colonel Tigh as Darcy!) ;->

I remember reading the Austen Trek: Borg and Prejudice blog post after a long, tough day at work. It made be laugh and put a smile on my face, so I’m going with this one as the one I liked best.

I’d have to say Austen Trek was a hit for me. It marries two of my favorite things besides bright copper kettles and warm woolen mittens but that’s a discussion for another day.

Happy Anniversary to you all!! I know that when I came here, I always enjoyed the post when you gave us some history of history! I especially loved the Jane Austin week. Brought so many memories back of the books, the movies I read and too the history back then. Too how could I resist about Mr, Darcy 🙂

I too reminded myself with a note here to buy Northanger Abbey at my next trip to Barnes & Nobles.

Oh forgot to mention that I as just thinking of the P&P movie of Colin Firth that I’m unable to watch due to it not being closed captioned for the deaf and they state that the recent movies on TV are not closed captioned on the DVD’s. I can’t tell you how upset I am because I was unable to record the movies on Masterpiece theater and thought that since they were captioned on TV I could get the DVD but sadly they aren’t. So I wrote again to A&E about this because its my understanding that its required for them to be closed captioned. Hopefully some day more will write about this to them since I’m probably not making a difference ads just one person writing them since they are not writing back the last two times I wrote (lets hope 3 times is a charm). Just wanted to share this since I mentioned here about it not being captioned and nothing has worked yet.

I hope they do write back, Caffey! It does seem ridiculous to have a captioned version on TV, and then not even bother to put it on the DVD. I don’t know why anyone would do that… Humph.

I love them all equally. Especially the ones where I think of something clever to say in the comments. 🙂 But of these, I think my favorite is How Captain Stanton Came To Be, ’cause I got to watch that process happen, and it was cool.

And I always love Austen Trek and its offshoots as well!

I enjoyed the jane austen week. There was so much info and so much to talk about.

I reread all the posts once more, all great but if I was to choose only one it would be Pace vs. Depth.I love rereading all your posts…

Harry Potter done by Austen would be very fun.

I can’t possibly choose! I enjoy all your posts, although I do remember the mention of tribbles coming on a day when I really needed a laugh. It was perfect.

Northanger Abbey was a great one. I always enjoy humor.

Get every new post delivered to your inbox
Powered By WPFruits.com
wpDiscuz
33
0
Would love your thoughts, please comment.x
()
x
| Reply