Stories that stick in your mind 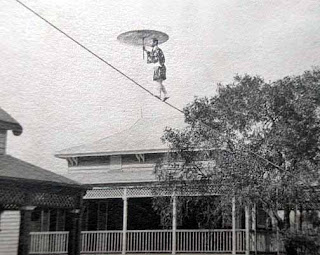 Over at the Wet Noodle Posse this month we’re winding up a series on inspiration but I haven’t participated (sorry!). The reason is I don’t know what inspires me or gets the writing juices flowing, and I regard it as such a delicate process I don’t want to mess around with it.

But occasionally I hear about something fascinating that sticks in my mind and I think about it and wonder how I could work it into a story. Even if I can’t, I believe that this sort of speculation breeds other stories, other ideas.

One story that sticks in my mind is from a 2004 episode of PBS’ History Detectives. Archaeologists working on the Lost Towns Project (Anne Arundel County, Maryland)–that is, the seventeenth century settlements before Annapolis became the capital–discovered a skeleton in the basement of the house. It wasn’t a burial, in fact the corpse seems to have been thrown in with the rubbish. At first they thought it might have been a casualty, or an executed prisoner from the only Civil War (English) battle fought on American soil, the Battle of Severn (1655). 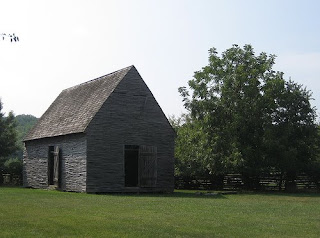 But the skeleton didn’t have battle wounds. Examination of the bones revealed that he was a young male who had done hard physical labor all his life. His horrific dental decay alone would have made him very sick, and he also suffered from tuberculosis. He was regarded with such indifference that his body was thrown away like garbage when he died at around the age of sixteen.

The conclusion the History Detectives reached was that he was an indentured servant, one of the many who came to the New World hoping that after a specified number of years working for someone else they would be able to make a living. Some came as punishment, some because options at home were so few. By the Regency/federal period slavery was a more viable financial option for landowners.

The History Detectives found that abuse and neglect of indentured servants was very common. In addition, the Commonwealth of Virgina was obliged to pass legislation around this time requiring that indentured servants be given proper burial, which implies that throwing bodies into basements or ditches was all too common.

The story of this poor kid whose name we don’t even know has haunted me. After several years of dithering around I’ve started writing a story, not about him, but about the lost settlements of Maryland.

What stories have stuck with you?

I came across an anecdote, I think in John Elting’s SWORDS AROUND A THRONE, about how during Napoleon’s expedition to Egypt, one of the generals bought Sudanese slaves, freed them, and enlisted them in the French army. Elting (assuming that’s who it was) speculated about some of those soldiers being there for all of Napoleon’s great victories, and the strangeness of a fate that would take you from a slave market in Cairo to the snows of a Russian winter. And I thought, “Now THERE’S a story.” I don’t think I’m the one to tell it, but somebody sure should.

Just seeing a book titled Buried Alive on the sale rack at Barnes & Noble got me thinking of having my hero buried alive. That idea became The Marriage Bargain, a Diane Perkins book.

I haven’t had that wonderful spark of story from something in a long time, but it is wonderful when it comes.

About that poor indentured servant. How awful. Makes me feel ashamed that people did that sort of thing.

By chance I just finished an older Edith Layton book, “Bound by Love”, where the hero’s indenture is bought by the heroine’s father. His original masters had treated him horribly, he’s malnourished, and his back is a mass of scars from having been whipped. Needless to say, the heroine’s family treats him much better, but the issues you note are all mentioned in the book.

the strangeness of a fate that would take you from a slave market in Cairo to the snows of a Russian winter. Susan, that sent shivers down my spine. You’re right–that is a story that deserves to be told.
Janet

Wow. What a powerful story. I think the stories of Dickens remind us that that attitude toward a certain class of human did not really diminish even into the 1800s. The ability of humans to treat other humans in such a horrific way has always fascinated me. What a philosophical question. At what point in history (anthropologically speaking) did humans decide who was more valuable and who could simply be thrown into the rubbish heap?

I remember learning in a history class that, during the Middle Ages, the church (or, at least, some of its clergy) tended to believe that a lot of specific sexual acts were venial sins. But they didn’t really want to tell their parishioners “don’t do this with your wife, don’t do this,” because they might put ideas into people’s heads.

Cara, I had that the confessional originated because priests found that having a penitent kneeling in front of them gave rise to all sorts of unscheduled activities. A barrier put an end to that sort of hanky panky.

At what point in history (anthropologically speaking) did humans decide who was more valuable and who could simply be thrown into the rubbish heap? Maire Jolie, I wish I could say we’re well beyond that point now, but I don’t know that we are.